We all need care. Without it, children wouldn’t make it to adulthood, patients wouldn’t recover, and communities wouldn’t grow or thrive. And “care” doesn’t just extend to people, either: if we fail to take care of our possessions, our buildings, and our infrastructure, then our landfills will overflow and our cities will crumble. If we don’t care for the environment, species will go extinct and we will lose vital resources that nourish our bodies and our minds. And if we fail to take care of our planet, future generations will face serious threats to their survival. Stewardship, conservation, maintenance, repair: these are all forms of care.

Being cared for is good for us, and it’s also good for the ones doing the caring: caring for others boosts our oxytocin and endorphin levels and actually makes us feel better. Care is the basis for love, for attachment, and for a sense of belonging. Without care, society as we know it would be impossible: our economies, our cultures and our political systems would immediately collapse without care for – and by – others.

In other words: we can’t live without care.

And yet we don’t always seem to appreciate just how vital it is. The pandemic may have prompted people around the world to clap for frontline healthcare workers, We clapped for key workers. Now, let’s push for immigration reform but that doesn’t change the fact that many professional carers were woefully underpaid and overworked even before the coronavirus hit.

In most places, the healthcare sector is already facing alarming personnel shortages, and it’s only going to get worse as populations continue to age. As a result, informal carers will be forced to shoulder more and more of the burden. A recent study in the Netherlands, where I live, found that one in ten informal carers already feels “severely overburdened” from the strain of combining care and work.

In many households with young children, both parents juggle caring for their families with paid work outside the home. Surveys indicate that these parents feel busier and more stressed than any other social group; it’s been said that parental burnout has become “the norm” in the United States and that the blurring of lines between work and home puts “parents under strain” in the United Kingdom.

Taking care of our surroundings isn’t easy, either: it’s often more expensive to repair things than to replace them, and governments are more apt to cut funding for maintenance than to invest in it. What’s not sexy but saves lives, resources and the Earth?

Not only do we seem to have less and less time to provide informal care – professional care is increasingly made to conform to the demands of the market. But care isn’t a product; it’s a relationship – one that requires both time and space to thrive. The pandemic hasn’t made this any easier: it’s ratcheted up the demands on our healthcare workers, forced us to take better care of ourselves and others, and necessitated extra care and consideration for the less advantaged members of our society.

Why we take care for granted

One of the primary reasons why care doesn’t always get the attention it deserves is because it is a form of invisible labour. Most types of care take place in the private sphere and don’t contribute to GDP in a way that’s easily measurable, so they are easily taken for granted.

Picture, for example, a “traditional family” in which the husband works in a factory while the wife stays at home with the couple’s children. The husband’s labour results in a tangible product – manufactured goods – for which he receives a set wage each month. The wife also performs labour: she raises the children, keeps everyone fed and clothed and the pantry well-stocked, does the laundry, and cleans the house. If she didn’t take care of all these things, her husband wouldn’t be able to work as many hours in the factory and society would miss out on a new generation of factory workers to boot. But because the fruits of her labour can’t be measured or sold, her efforts are virtually invisible – not just to economists, but to the rest of society, as well.

What’s more, care relationships always involve a degree of dependence. Unfortunately, cultures that prioritise independence and autonomy often disapprove of depending on others. Indeed, in highly individualised societies like the one I live in, raising independent children is seen as the ultimate goal of parenting. We also tend to attribute our successes to our own efforts and often equate freedom with the ability to do whatever we please.

When independence is the highest goal, depending on others becomes something to be ashamed of. I once spoke with a hospice nurse with decades of experience, who told me that even terminally ill patients receiving around-the-clock hospice care are often reluctant to ask for help – reluctant to be dependent on others. While understandable, this is also unfortunate, because dependence – on others, on care – is the rule, not the exception.

Another reason why care is so undervalued is that it’s still mostly associated with women. Sadly, this isn’t a great starting point when it comes to being taken seriously – since time immemorial, men have been regarded as strong, rational, and independent, while women have been seen as weak, emotional, and dependent. The repercussions of this archaic attitude can be felt even today. To name just a few examples: in the gender wage gap and in lower salaries in female-dominated professions like teaching and nursing; in the relative scarcity of women holding positions of power in government and business; and in the fact that male bodies are taken as the standard in many design processes. Men are the norm; women are an afterthought.

So care is often invisible, it lacks appeal in our individualistic society, and it’s still largely associated with the so-called “weaker sex” – no wonder it took a pandemic for people to finally start applauding our “healthcare heroes”.

Care is both an idea and an ideal

But of course, care isn’t really invisible; we just haven’t learned to see it properly. It’s time for that to change.

Which is why, starting today, I will be your new Care correspondent.

Over the past seven years, as Culture and Clichés correspondent at De Correspondent, I’ve written about things that often escape our notice even as they have the power to shape our lives, including topics such as waiting, Life is moving faster than ever, yet we spend just as much time waiting repetition, Once more, for feeling: why trying new things is overrated (and repetition is vital to society) and maintenance. What’s not sexy but saves lives, resources and the Earth? I’ve also often written about clichés: keywords that reveal a great deal about our hopes, our fears, and how we see ourselves, such as obsession, You used to have hobbies. Now you have to have an obsession energy, How we turned into batteries (and the economy forces us to recharge) and loneliness. Read my piece ‘Who’s afraid of loneliness?’

For some time now, I’ve found myself intrigued by care, in the broadest sense of the word. It’s been a common thread running through a number of my pieces, including those about parenting Meet the parenting expert who thinks parenting is a terrible invention (which I wrote together with First 1,000 Days correspondent Irene Caselli) and grandparents. Why grandparents are the ultimate essential workers

Care isn’t really invisible; we just haven’t learned to see it properly. It’s time for that to change

In the coming months, I plan to dive more deeply into these and other topics in my role as Care correspondent. I purposely chose the word “care” rather than “healthcare”, because I don’t want to limit myself to the subject of professional care – although I definitely plan to write about that – or even to care by and for human beings. Along everything else that it can be, care is an attitude, a quality – a mindset, if you will – that doesn’t just apply to people but also to our belongings, our surroundings, and our future.

This care mindset is characterised by the ability to put the interests of other people and things above our own, by the desire to preserve and protect that which is valuable, and by the capacity to appreciate things that might not be “productive”, but which are still essential. Care is both an idea and an ideal.

I’ll be exploring the many facets of care, from the smallest, most basic care relationship imaginable – that between parent and child – to the largest, most abstract form of care – care for the future (and to that end, care for our planet and for a liveable climate). Along the way, I’ll examine various types of care that fall in between those two extremes: caring for family members who are ill, caring for patients, for employees and colleagues, for our belongings and our surroundings, and for nature.

I hope to find out where and how care manifests itself in our lives, what it does to us and for us, and what’s needed to do it right. I also want to take a look at situations in which care and caring can be counterproductive or even destructive, or when caring for one thing makes it harder to care for another.

Finally, I want to explore how we can develop better perspectives on care so that we can factor it into our decision-making processes and give it the time, space, and attention it deserves. Because it seems to me that these things are essential for building a society that takes care seriously – for building a caring society.

Translated from the Dutch by Megan Hershey. 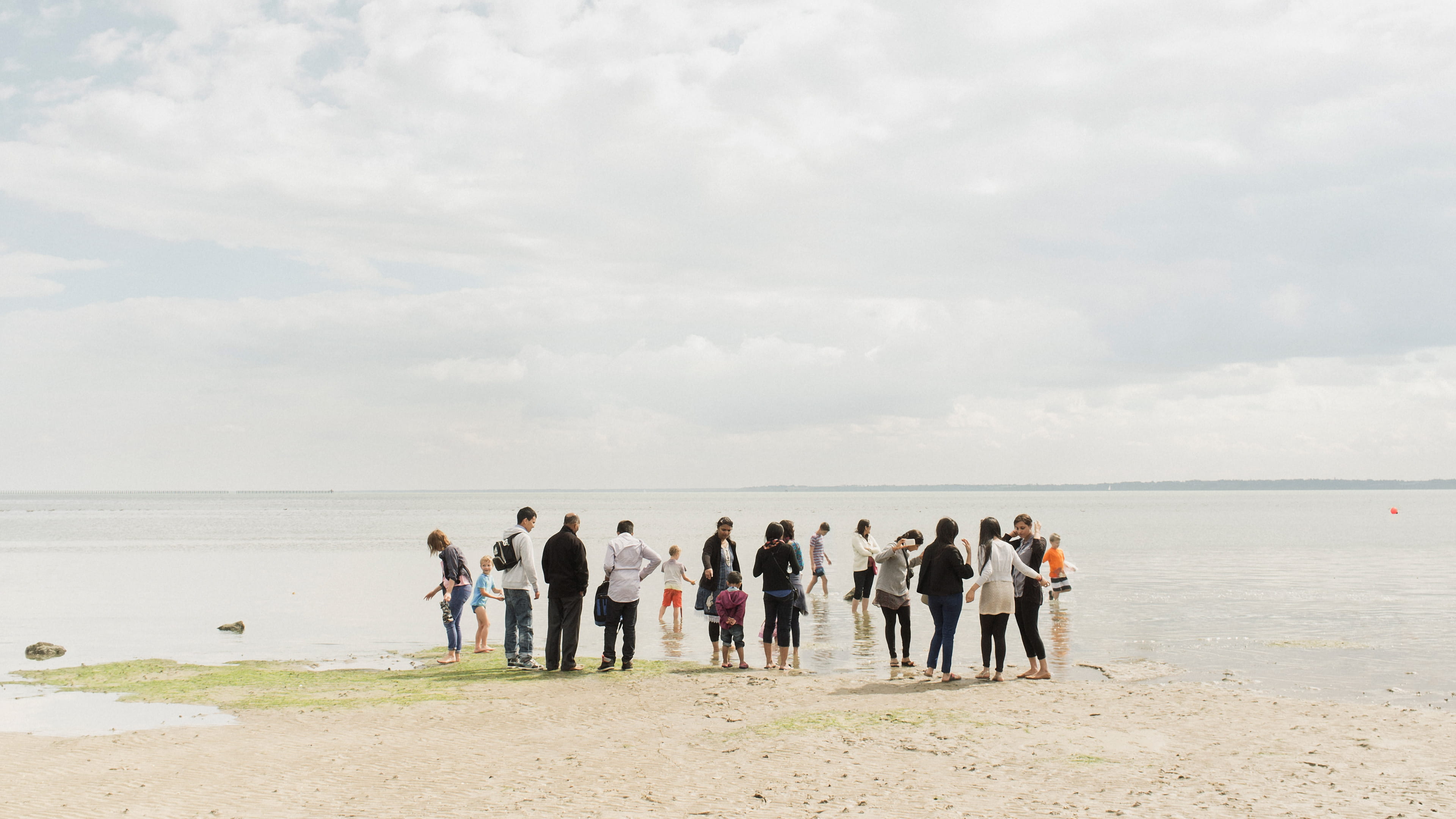 Who’s afraid of loneliness? With social isolation measures confining many of us to a company of one, warnings of a ‘loneliness pandemic’ and a ‘social recession’ abound. These warnings signal a relatively new understanding of loneliness – one that speaks volumes about the times we live in. Read my article here 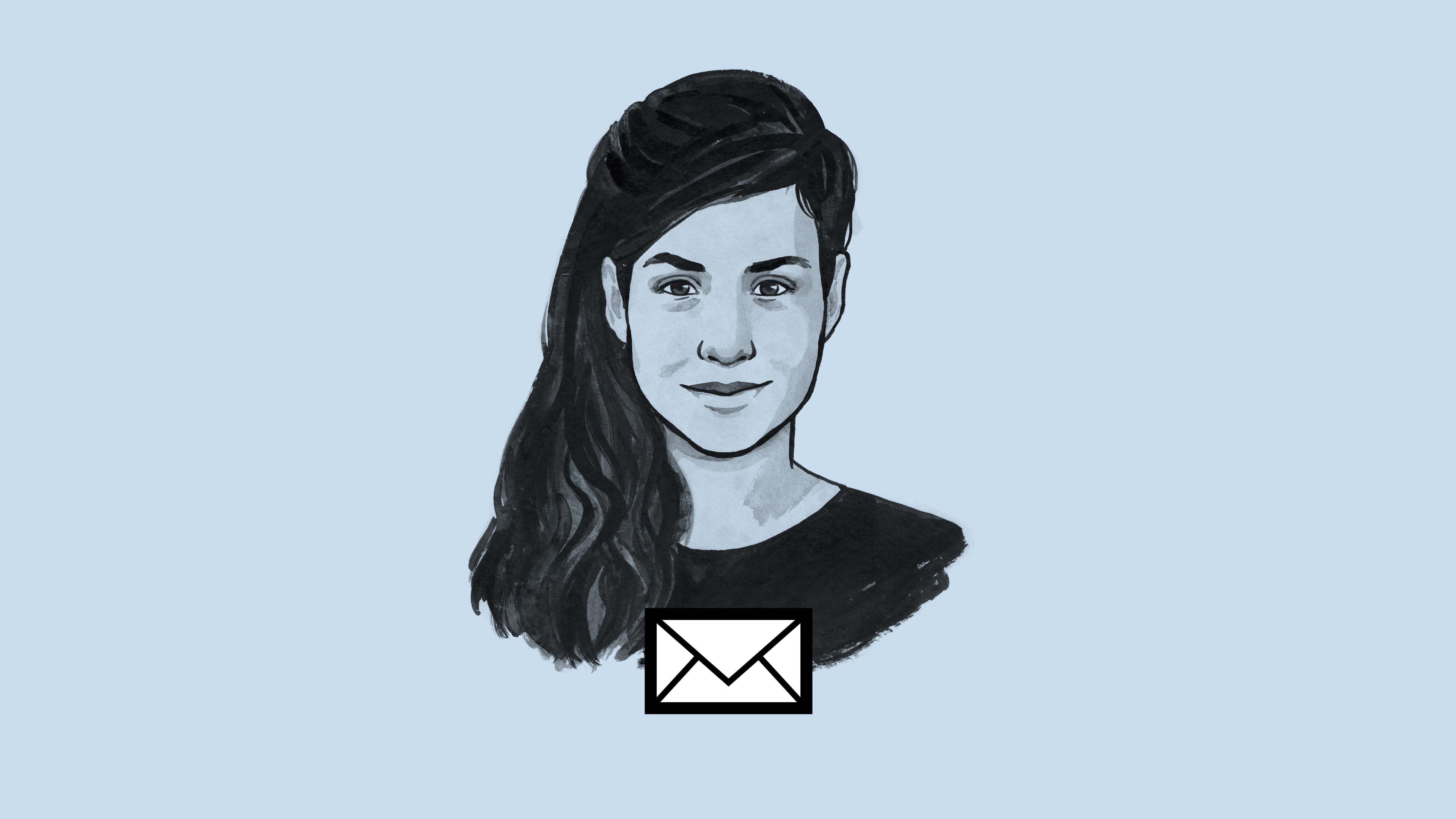 Help shape my work and stay in touch Subscribe to my newsletter to receive updates, thoughts and questions on the topic of care. Sign up here!