Huda was nine years old when she underwent female genital mutilation (FGM). Now in her mid-60s, the English teacher at a private university in Khartoum, Sudan, had pledged not to cut her own three daughters. The procedure, which involves the ritual cutting of a girl’s genitals, had caused her to suffer during sex and childbirth. But in the mid-1980s, when her eldest daughter was almost 10, Huda caved to pressure from her mother-in-law, who accused her of not following the customs of “good families”. The implication was that Huda wasn’t from one.

When Huda relented, her one condition was that a female doctor and not a “cutter” – usually a local woman with no medical degree, unsterilised equipment and no anaesthetic – perform the procedure. But when the day came, Huda couldn’t go through with it. Instead of backing out, Huda sent her mother and mother-in-law to supervise the cutting.

Huda’s family background is Egyptian and Sudanese. FGM was legal at the time in Egypt, but I asked her whether it would have made a difference if the practice had been illegal when she was cut. Would that have given her more resolve in saying no to her husband’s family?

Despite positive headlines about countries banning FGM, the problem still persists. The practice is still legal in Sudan, but even in Ghana, for example, where FGM was banned in 1994, some areas today still have FGM penetration of over 60%.

Why the law can’t stop FGM

An estimated 200 million females alive today have fallen victim to FGM. Unlike male circumcision, which mostly takes place in infancy, FGM is usually done later in a female’s life, causing extensive pain and trauma. In the most extreme version, the labia and the clitoris are removed, and the vagina sewn up only to allow for an aperture to pass urine. The procedure often results in health complications that can plague a victim for life – infections, vaginal pain, tearing during childbirth, and even infertility.

The practice is usually perpetrated and enforced by women. The mothers, aunts and grandmothers who subject their own daughters to FGM are not cruel. They are not sadistic or manipulated by men. They are often educated – Huda has a postgraduate degree, for example – and come from across the class divide. They often cry and find it very hard to be in the room while their daughters are being cut, handing the responsibility over to their own mothers who are more stoic. What they always are is women who have also gone through female genital mutilation themselves.

Campaigns to eradicate FGM across the world have largely been unsuccessful in wiping out the practice because they focus on illegality rather than changing minds and behaviour. Even in the west, where laws are more enforceable than in societies where FGM is deeply ingrained, there have been few persecutions, and even fewer whistleblowers. In the UK, for example, FGM was outlawed in 1985, but the first (and so far sole) conviction for it was only made in February of 2019.

Multiple issues conspire to make it difficult to report cases of FGM. Survivors are usually minors, too young to take matters in their own hands and inform authorities. And even if they did, they would be informing on their own family, which would mean breaking up their family, foster care, and more trauma.

The mothers, aunts and grandmothers who subject their own daughters to FGM are not cruel. They are not sadistic or manipulated by men.

One of the most prevalent and erroneous justifications for FGM in some African countries is that FGM is mandated by Islam, but the practice is not advocated by any major Abrahamic religion. Other justifications include hygiene, and the belief that mutilation makes a woman’s sexuality complete, as any external sexual organs are considered male. It is not at all as straightforward as brute male enforcement of women.

But the main difficulty eradicating FGM is its association with being part of an “in group”, an exclusive, typically small, group of people with a shared interest or identity. Huda’s two other daughters were not relieved when their mother refused to cut them – they were jealous. Even at a young age, they had regarded the cutting of their oldest sister as a coming-of-age event, one which celebrated her and ushered her into the next stage of life. So on top of pressure from the older women in the family, Huda had to deal with her own daughters pestering her to be cut.

The way this in-group is defined when it comes to FGM is rich and layered, interlocking to create an almost impenetrable structure of identity. Religion, culture, class and tribalism all conspire. Loss of status or ejection from a family or social structure can happen if a woman rebels against FGM. Social shunning and lack of marriage prospects for non-mutilated girls are the biggest fears.

FGM persists because it maintains the status of the in-group’s exclusivity – not because of any belief in the value of the practice itself. So the argument for cutting is resistant to government legislation and, in fact, to change itself.

If you want to change people’s minds, use their own language

The solution to ending some clearly barbaric practices isn’t fixating on the pain and the trauma. The challenge instead is undoing the powerful socialisation that renders such pain and trauma a necessary rite of passage.

Stigmatising FGM requires constant fixation on the damage it inflicts on a woman’s fertility and the increased risk of injury and infection in childbirth. But that must be followed by using the very language of status, combatting the perception that FGM promotes a woman’s prospects. If FGM is meant to enhance a woman’s value in the marriage market, the counterargument should be that FGM increases the risk of infertility, which damages that value.

Moves such as recruiting influential grandmothers and those who perform FGM themselves against the practice is a good start. But this further step of using a community’s own language is needed to go beyond appealing to emotion and health costs – instead associating FGM with damaged prospects. This is a counterintuitive measure as it adopts the same principles (that a woman’s value is only in her place as a womb or sexual object) that encourage the practice in the first place.

There are signs of decline in absolute numbers of FGM, but there is little evidence that they are tied to legal status. Instead, close community ties are dissolving in countries where FGM is practised as more and more people leave their places of birth to seek work and education, meaning people tend to define themselves less by their place in communities they were born into. As a result, they invest less in their status as part of an in-group.

In Huda’s case, the guilt that followed her oldest daughter’s cutting made her steadfast in refusing to allow her other two daughters to undergo the procedure. That resolve was eased by moving abroad with her family for work, away from the pressures of her husband’s family.

Legislation is a blunt tool when it comes to practices deeply ingrained in a community’s identity. The way forward is appealing to that identity using the community’s own language and tools. 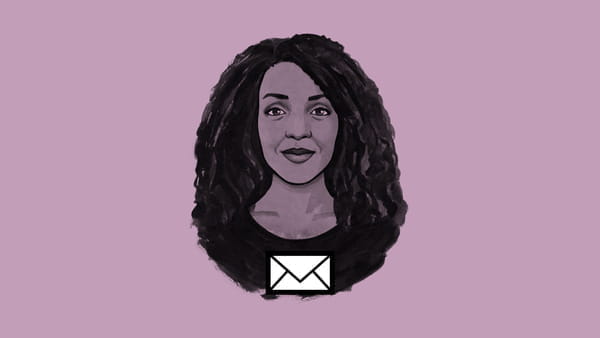 Want to stay up to date? Follow my newsletter for weekly updates on my beat, Better Politics. Subscribe now! 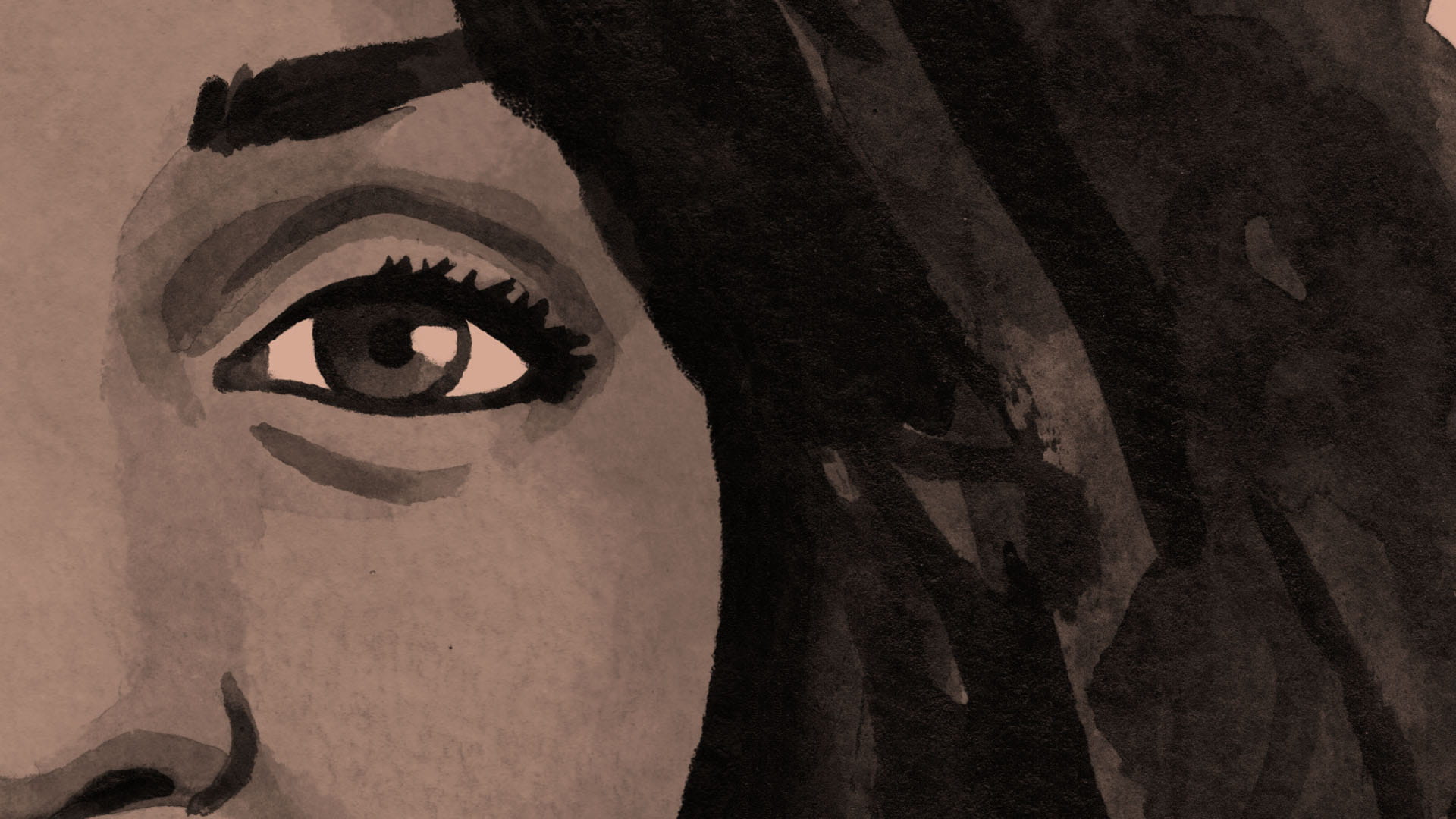 Love, sweat and leaflets: how the same-sex marriage movement won in Ireland The most successful movements bring about political change by putting the most fundamental part of political activism at their cores: love for fellow humans, and a desire to make their lives better. Read more here.