Illustrations by Jenna Arts for The Correspondent

In London, a single man tries to stop the deluge. Sickened by the onslaught of Islamophobia in mainstream British media publications, Miqdaad Versi, a young Muslim lawyer and assistant secretary general of the Muslim Council of Britain, has taken on the what appears to be Sisyphean task of holding the British press to account. This Guardian article investigates Versi’s campaign against Islamophobia in the British media.

It is a long and laborious process, challenging all the stories where facts are manipulated or simply made up to present a case against Muslims. The rewards are meagre. Once a challenge successfully makes its way through the adjudication process, a rare event in itself, corrections and apologies are small and hidden in obscure corners of a newspaper.

The stories they are correcting are often maximum font front page news. By the time the corrections are printed, the original stories have become received, digested and metabolised, absorbed into the DNA of the readers. They have second and third lives online despite being withdrawn by their original publishers. These days, a lie doesn’t just go half way across the world before the truth has put its shoes on, it takes over the world while the truth is still asleep.

In another part of the country, another lawyer, Tom Giles, also takes on a Goliath: the British Home Office. An article from The Times profiling Tom Giles.  Giles represents the ‘untouchables’ of the immigration world - the broke, those who have exhausted appeals processes, the awaiting-deportation, those at the end of the line.

He stands at the gates of Hades, facing the country’s broken and sometimes sadistic immigration system, and tries to reclaim lost souls from its underworld. The rewards are also meagre. He often has to reckon with the loss of cases and the devastating impact that has on his clients.

Neither Versi or Giles is going to get rich doing what they do. What they demonstrate is the robustness of support outside of formal state organisations, and how they can be leveraged.

Better politics depends on this spirit, this kernel of civic mindedness. As the Better Politics correspondent, reporting on the role of individuals is central to what I’m trying to achieve: finding solutions to the problems presented by ineffective political organisations.

I discovered this network in 2013, during my own experience with the Home Office via an immigration decision gone wrong. A straightforward residency renewal request was erroneously turned down, effectively ending my life in the UK. At that time, I had been in Britain 10 years, was in full-time employment and had made the UK my home.

Heartwarming social mobilisation is a symptom of political failure

What followed was almost a year of turmoil while the decision was appealed. It was a year I could not have navigated either practically or psychologically without the support of legal advisors, immigration experts, and local community volunteers who helped immigrants with everything from translation to lending a sympathetic ear. It was a time when the failure of government was ameliorated by the kindness of people.

It struck me that this army exists everywhere but has different guises. Its shape and size is directly proportional to the degree of political failure.

In Sudan, for example, This article in Africa is a Country explains how doctors have been on the frontline in the Sudan revolution. there is an army of junior doctors that has stepped in to fill the yawning gap between the health services the government wants to provide and the services that are actually needed. They have WhatsApp groups, Facebook pages – a sophisticated Batman signal social media network through which they work together to find supplies to treat their patients.

Callouts for blood, oxygen, saline, insulin and other basics are sent when they run out, or when they are available but too costly for a patient. Sometimes requests go out for one dose of life-saving medicine that can be found nowhere in the country - private citizens who are lucky enough to have some from a friend or relative who has procured it from abroad simply share their own stocks with the needy. Sometimes requests just go out for cash, which is transferred via e-payments to a phone. At other times, the junior doctors themselves empty their own pockets.

Other support networks seem more prosaic and less extraordinary, but are political substitutes nonetheless. Parents who house their grown children, for example, because the rising number of youths who ‘boomerang’ is down to a failure to provide social housing.

When an elderly relative must move in with extended family, this is attributable to a lack of care services for the elderly. When a woman is forced to quit her job because the numbers simply don’t work once she has had a child and childcare is too expensive, this is because the state has failed to subsidise and prioritise childcare and support for working women. Once you see heartwarming social mobilisation as a symptom of political failure, you cannot unsee it. Once you see such networks as a passing of the buck, as stealth privatisation and abdication, they no longer seem so heartwarming.

In cultures where intergenerational/communal living is simply the norm, this burden is never questioned, but it exists because of the lack of non-family actors who can provide a safety net.

We cannot, no matter our wealth or political power, fortify ourselves and networks without needing help from the state at some point

But these networks are also models of a better politics. They prove that there is a spontaneous organic way of organising how we live that naturally tends towards helping each other and those in need, no matter what the Hobbesians maintain.

They prove that it is indeed less complicated to marshal resources without pitting people against each other. They prove that when there is a poverty of supply, this doesn’t necessarily mean that we will turn on each other. These are impulses that are triggered in us by outside forces and then presented to us as the inevitabilities of human nature.

For too long we have assumed that the most effective way of securing rights from large corporations or central government is via collective bargaining, via pitting the man against The Man. The assumption underscoring this way of doing things is that the interests of those in power and those of the little people are not aligned.

In a late capitalist world this assumption holds. But only because those in power have become accustomed to taking in a wildly disproportionate share of economic and political spoils. These spoils come at such a high cost to the economy, the environment, the general peace and stability of societies roiled by gross inequality, that in the long term everybody loses.

The political and financial winners cannot decamp to another planet, they cannot fortify themselves or their loved ones from the jeopardies of social decay, from rising crime, and the erosion of public infrastructure.

The example I always use to argue against someone who makes enough money to never have to use public services such as free healthcare and who would like the choice to opt out of such taxes from which they never benefit, is to present to them a scenario in which their offspring are vulnerable.

An accident, a fall down the hole of substance abuse, a mugging. All these unfortunate incidents will be cushioned by a public service - emergency ambulances, rehabilitation facilities, a strong police network. We cannot, no matter our wealth or political power, fortify ourselves and networks without needing help from the state at some point.

And so we need support networks, voluntary or formal. The voluntary ones can show us the way, once recognised as quasi-state entities, as they can also be leveraged practically by policymakers. They can be seen as private companies that the government can buy into, as the infrastructure is already there.

Instead of seeing such networks as a sort of social capital lender of last resort, governments can choose to see voluntary organisations outside of the family unit as a boon that can be incorporated into the workings of the state.

It is in refusing to see the relationship between community and governance as a non-adversarial relationship, that politics fails to tap into all the ways humans have co-existed and cooperated peacefully over millennia. This failure is not only one of imagination; sometimes it is cynical. Divisions are more easily exploited than harmony. Moving towards a better politics is not hard, we often just choose to make it so. 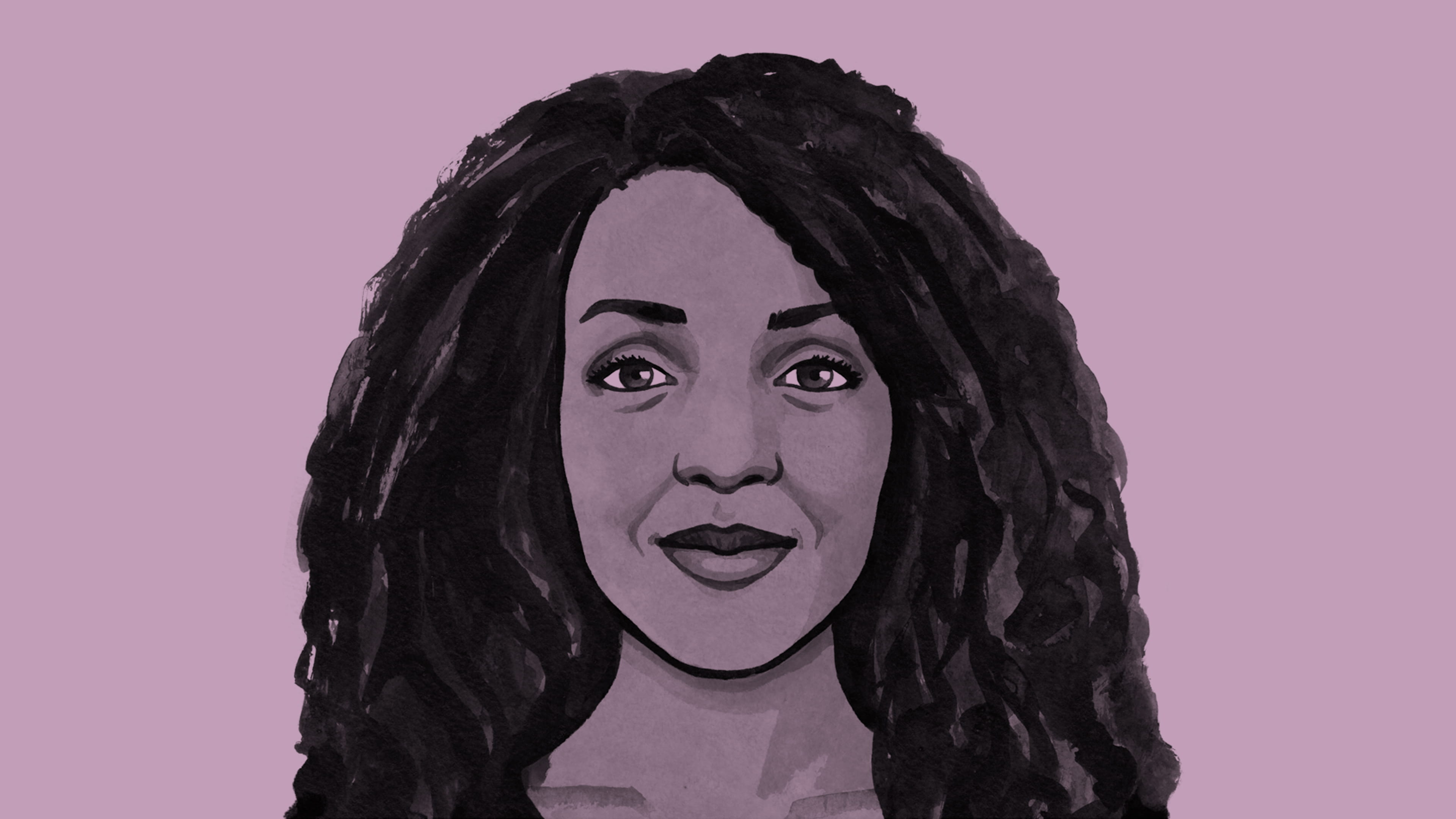 Why I’m joining The Correspondent Nesrine explains why she struggles with the principle of journalistic objectivity, and how she hopes to learn from members Read more here