From the series Endings, by Nicolai Howalt, Courtesy Martin Asbæk Gallery / DK & Bruce Silverstein. You can read more about these photos - showing ashes that are left after someone’s body is cremated - at the end of the article.

America scares me. I say this as a passive consumer of English-language media, an avid student of many aspects of history and modern politics, and a regular traveller who has been detained twice at US airports.

Twice, I’ve sat in uncomfortable chairs in windowless rooms, after having my phone and passport taken away without explanation, and tried to quell my anxiety until the items were returned to me and I was dismissed, also without explanation.

On one of those occasions I watched three uniformed men taunt a Ghanaian as he struggled to explain that even though he had been detained once in his home country, he had never been to prison.

“So, what, they just put you in a play pen?” one of the officers asked. The laughter was muted, but it reached across the room to sharpen the unsettled feeling in my stomach. The man was on the brink of tears.

America scares me because of how large the threat of death looms there especially for people who look like me.

A year ago, the person I was dating suggested a holiday that would consist of a road trip across a few cities in the US. She had gone to school in Wisconsin so felt at home in the States, and she loved driving. I saw her enthusiasm, but all I could think about was every news item about a shooting that involved a random traffic stop and a black person or two.

I thought about the casual drives that had gone wrong because someone reached for their papers, or didn’t have the right papers, or reminded the officer that they hadn’t done anything to warrant the stop, or spoke to the officer at all. I thought about the strangely intimate pain that I felt every time I saw another hashtag commemorating the life of someone whose skin tone I shared, even though they lived an ocean away. I said no.

My location determines my value as a human being

It’s not as though fatal police violence is unheard of, or even unusual, in Nigeria. Anecdotal evidence of police brutality is abundant, with online conversations such as #AbujaRaidOnWomen and #EndSars filled with countless stories of state violence similar to what I am afraid of experiencing in the US.

In Nigeria, there is limited aggregated data on the subject of fatal police violence, but speaking on the subject in 2010 Stanley Ibe, Read more in this article on the Open Society Justice Initiative’s 2010 report on police violence in Nigeria. from the Open Society Justice Initiative legal team, said: “We have found some shocking levels of violence and abuse. People are dying at the hands of police officers. Torture routinely takes the place of proper investigation, and rape seems to be commonplace when the police arrest vulnerable women. Overall, the police in Nigeria are more likely to commit crimes than to prevent them.”

So if people are killed by police violence in my home country, as in the US, why am I afraid of it there but not here?

Everybody dies, but not all deaths happen because our bodies have grown too worn to host consciousness. Death is, besides being the natural end of life, a vital tool for regulating and re-calibrating the boundaries of structural power. In other words, the way people die is often informed by the same forces that shape their lived realities.

In the US, where black men are 2.5 times more likely to be killed by police than white or Asian men, Infographic on police shootings in America. black twelve-year-olds can be shot to death while playing outside, A breakdown of the events surrounding the shooting of 12-year-old Tamir Rice. or where black transgender women are murdered at alarming rates, Human Rights Campaign reports that at least 26 gender non-conforming people were killed in the US in 2018. the colour of my skin puts me at disproportionate risk of fatal police violence. In Nigeria, as the Open Society report from 2010 confirms, my socio-economic status offers me relative protection. Police officers kill people in both places, but my location determines my value as a human being, which in turn informs my fear.

In early October I was in Philadelphia, and while there I read about the death of Joshua Brown, Read more about the murders of Joshua Brown and Botham Jean in this Vox article. the witness subpoenaed to testify in the trial of the Dallas Police officer who had killed her neighbour, Botham Jean, in his own home.

I read the publications about Brown out of the corner of my eye, trying not to let the tragedy of the shooting settle into my body. Shortly after his murder, rumours began to circulate that the young accountant had been shot in the mouth. Despite this proving not to be true, it was not difficult for me to believe that in America, someone would aim a gun at the mouth of a black man who testified against a police officer.

Police shootings happen at astonishing rates in the US. According to a project to map police violence, The Mapping Police Violence project shows that quarter of those killed by police in the US in 2017 were black. in 2017 black people were 25% of the 1,147 killed, despite being just 13% of the population. This rate of death is intrinsically linked to, and in fact produced by, the historical devaluation of black life in the Americas. The humanity of Afro-descendant people has been – and continues to be – negotiated and negated in that region since the first 20 enslaved Africans were sold to colonists in Virginia four centuries ago. The end of Joshua Brown’s life was produced by a violent status quo maintained by structural power, a status quo whose ultimate weapon is unnatural death.

As I have seen it defined, structural power – or the lack thereof – is most easily measured by the probability of a person dying in unnatural circumstances, such as the shocking, yet not unforeseeable deaths of Joshua Brown, Botham Jean, and countless others.

Social, political and other forms of structural power are not distributed equally or equitably, and these imbalances affect people’s lives. These inequalities also invariably result in the types of deaths which, as with police violence in America, can be reduced to simple statistics.

Several of the recorded instances of "death-by-injustice" have been rendered invisible by euphemisms or the sheer scale of loss of life. Large-scale, avoidable, unnatural deaths lose meaning when labelled things like "failed migrant crossings", "an epidemic", "death in custody", "disappearances" or "civil unrest". It’s a very human way of processing information: one or two unnatural deaths can be experienced as painful losses, but a thousand, ten thousand, or six million? They’re just numbers – numbers that can be perceived as performance indices.

Our modern socio-economic order, defined by extractive economies and dehumanising hierarchies, In this interview for the Media Education Foundation, bell hooks discusses the interlocking structures of power in the modern world. produces exploitative and oppressive political structures. It is also simultaneously sustained by them. Some of these structures are founded on inequalities such as racism or sexism which are widely acknowledged as undesirable, with all kinds of attempts being historically and currently made to reform them.

Others, such as the various social, political or legal frameworks that affect people’s bodily autonomy, freedom of movement or economic stability, remain frequently unrecognised and unaddressed. However, all of these structures produce such predictable outcomes – for both their victims and their beneficiaries – that it can only be assumed that, rather than being ‘broken’, they are actually functioning as they are intended to.

Once in a while, an unlikely person dies in a way that exposes normalised injustice. For example, the death in custody of American financier Jeffery Epstein, This BBC article gives more details on Jeffrey Epstein’s death in prison while awaiting trial. described as suicide, throws into stark relief some of the patterns that many in the American prison reform and abolition movement have strenuously critiqued for years, such as inadequately trained staff, and the lack of mental health counsellors. The Pew Trust reports on the poor mental health care in US prisons.

In the absence of disruptive anomalies such as Epstein’s passing, avoidable, violent deaths are mostly taken for granted; perhaps even welcomed. The thousands of bodies found – or that will never be found – in the Sonoran desert in southern Arizona I’ll be exploring this context more deeply by reading Jason De León’s ‘Land of Open Graves’ this month. and in the Mediterranean, Over 1,000 people have died in the Mediterranean so far this year, according to this report in Al Jazeera. for instance, are the direct result of American and European anti-immigration policies. It is difficult to imagine these deaths as unanticipated.

The patterns that such foreseeable deaths follow are familiar – and revelatory. By treating certain people as disposable, systemic injustice reinforces the value of some lives over others. Sometimes lives are even sacrificed for the sake of an idea.

For example, a migrant’s life is exchanged for the integrity of the national border, and a citizen does not flinch. After all, he has been indoctrinated into the belief that migrant suffering and even death is acceptable as long as the idea of citizenship is preserved. Queer people, and in particular trans women, are murdered to preserve the gender binary and the superiority of masculinity within it. The murder of Simge Avci in Turkey in 2018, reported in this Guardian article, is one example. As their bodies are lowered into the ground, the fear and confusion of cisgender heterosexuals are also laid to rest. A girl is killed by her husband, brother, father, and the honour of the patriarchal family is restored. This story in Sister-hood magazine discusses so-called ‘honour’ killings in Jordan. People like this, regularly denied access to resources or safety, are the ones our social order does not consider truly human.

Every human life must end, it is true. But every day, somewhere in the world, someone unlike you is killed by something that has never even occurred to you to fear. People other than us are dying, and more often than we should be comfortable with. It is not by accident. 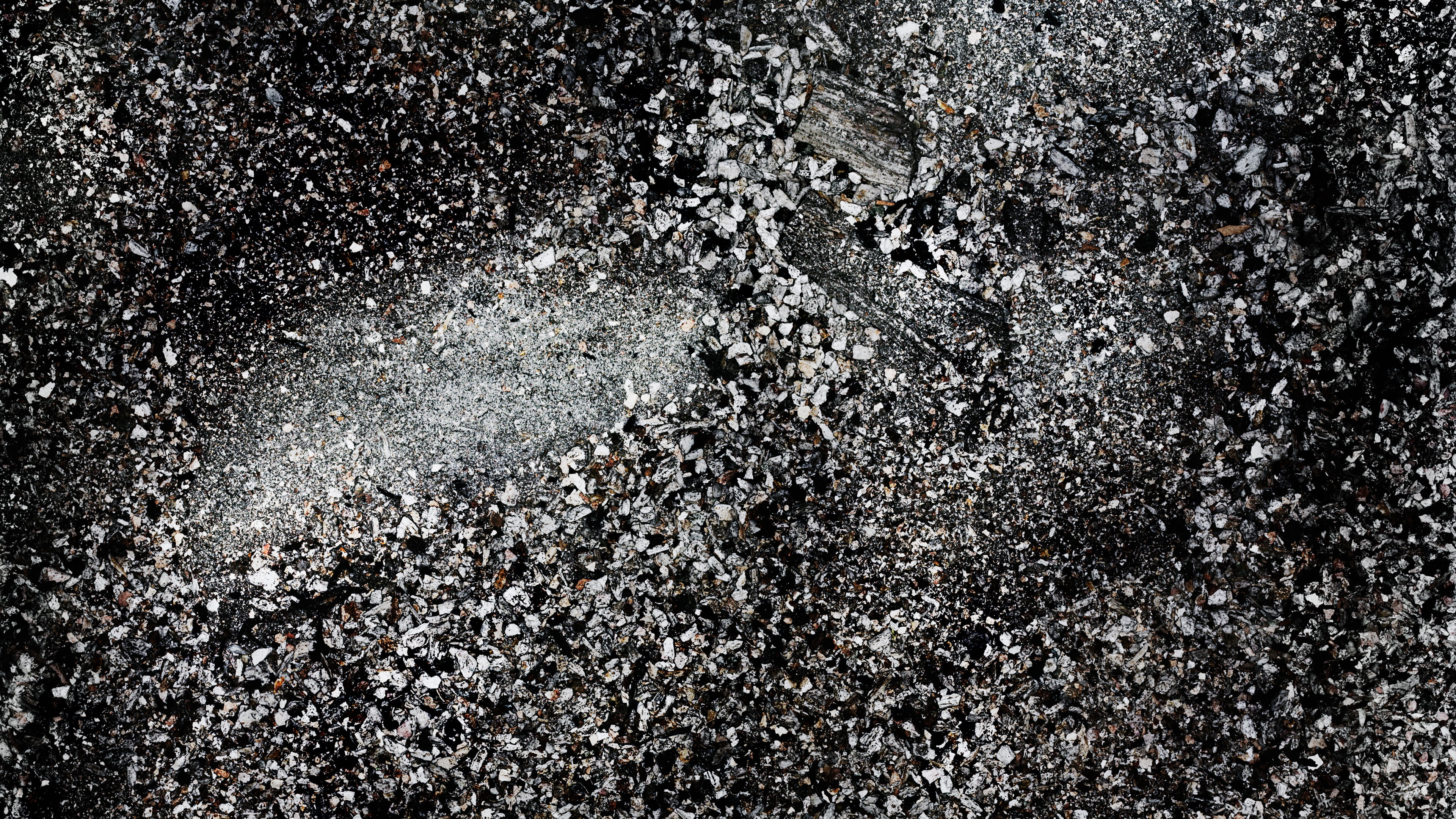 About the images For his series Endings, Danish artist Nicolai Howalt has studied death in the form of the ashes that are left after someone’s body is cremated. The photographs allow us to study death up close, without the intention to shock the viewer or to guide us to a conclusion on what death is. His series show death as the great equaliser; after cremation, nothing remains of the cultural, religious and social context a person belonged to. Instead, it shows the body as part of something bigger. As Nicolai puts it: “Our ashes may be stripped of anything recognisable and devoid of any meaningful context, yet they remain — as eternal as the night skies I see them bearing such a striking resemblance to the works." (Lise Straatsma, image editor) See more work by Nicolai 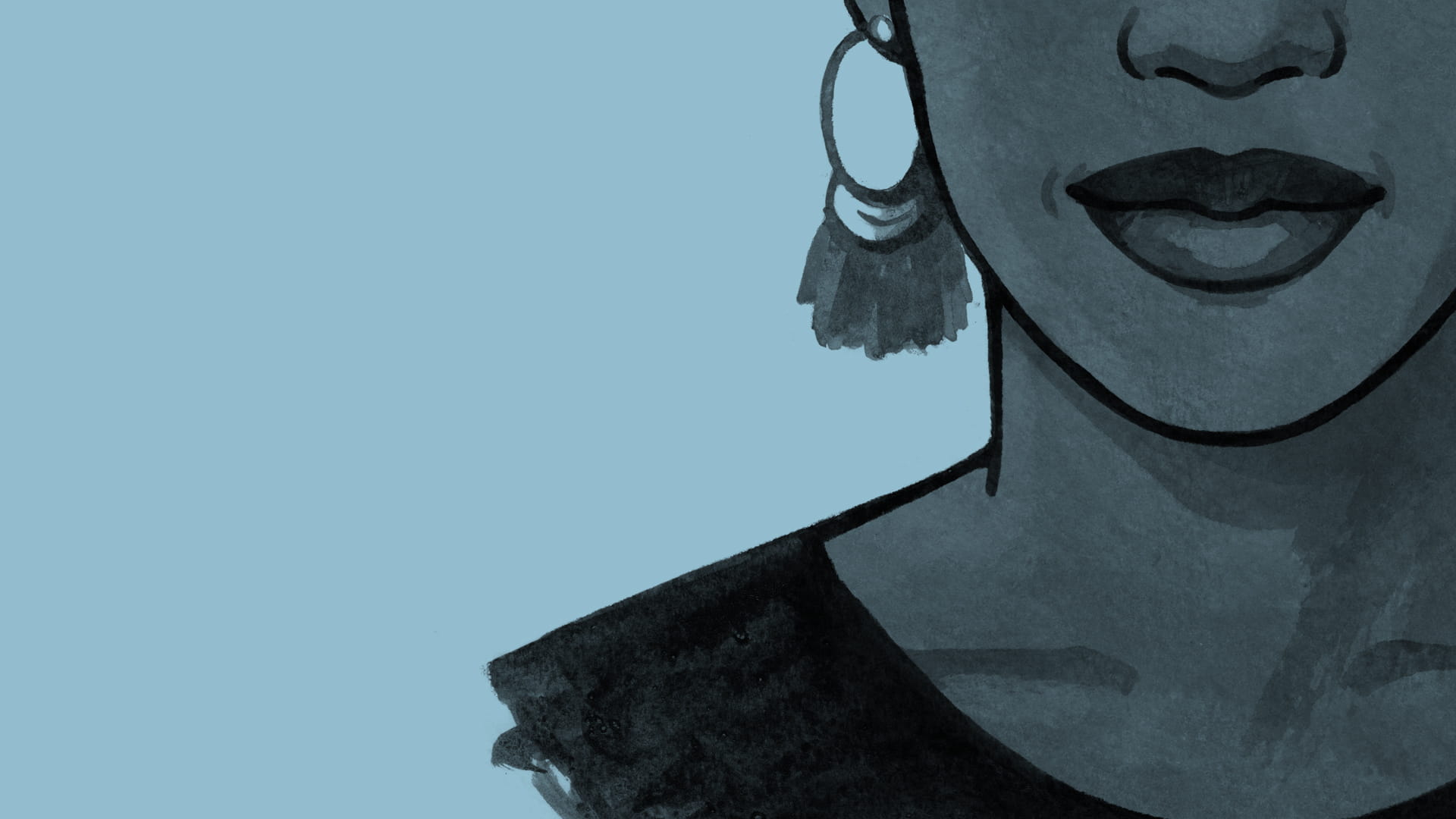