As many linguists will tell you, translation can be tricky because doing it right requires the possibility of relocating not just words but also moods, cultural contexts and social concepts from one language to another. As many multilingual people can attest, translation can sometimes go from inadequate to impossible. For instance, there is no logical way to ask “What are your pronouns?” in Yoruba, my mother tongue. The same is the case in Igbo, the language spoken in Nnobi, the town where Ifi Amadiume’s seminal work Male Daughters, Female Husbands: Gender and Sex in an African Society Read my announcement of this book choice is set.

Like in Yoruba, the Igbo language uses a genderless system for identifying people and things when not using their names. Everyone and everything is “o”, “a” or “nya”; to know if what is being referred to is an object or a person, one must listen to what is being said. To know whether the person being referred to is capable of childbirth or not, one must listen even closer.

It can be argued that gender, too, is a language. At its most simple, depending on where and how it is expressed, gender is a series of performances that translates to the world how a person would like to be perceived, what social space a person feels most at ease in, and, indeed, who a person is. Too often, though, gender tells the world who a person can’t be because of how we understand it today.

The problem with the European gender binary

Male Daughters, Female Husbands: Gender and Sex in an African Society is a study of gender and sex in Nnobi, a town in what is now known as eastern Nigeria, from the 19th until the late 20th century. The book, considered revolutionary three decades ago and still groundbreaking today, makes a simple point: gender, as a social performance, isn’t inherently as rigid as Europeans insist. If we allow it, social space can very easily emerge in which there is room for flexibility, fluidity and blurred lines.

An Idemili priest in Nnobi does not wrap the cloth between his legs the way a person with a penis ordinarily would be expected to in that culture, because the body he conducts his life in is dedicated to the veneration of a woman God. He wraps his cloth like a person with the capacity for childbirth because this is what is correct for him. In the same way, a mother of many children in Nnobi can become a son – a “male daughter”, as Amadiume describes it – exercising the same right to marry wives, control land and start a patrilineage as anyone born with the capacity to impregnate. This is also what is correct for her.

If we allow it, social space can very easily emerge in which there is room for flexibility, fluidity and blurred lines

Amadiume’s book illustrates something that far too many people today have forgotten: the way that Europeans organised their society, particularly those of the more colonial-minded variety, was originally merely European and not universal.

As European monarchies annexed the world, they exported the idea of a fixed, immutable and divinely ordained hierarchy of value. According to that lot, a penis of European extraction combined with wealth and/or aristocracy produces “legitimate” claims to dominant power.

Gender is fluid and flexible

To meet the needs and further advance the causes of the penis-bearers, vagina-havers of European extraction and suitable pedigree (ie “coming from a respectable penis”) were converted to wives of said penis-bearers. In the European concept of gender, a man is defined as a person having the “natural” right to power thanks to his penis. A woman is a person who is suitable to become the wife – the submissive homemaker and child bearer – of such a man. And never the twain shall meet – except under conjugal circumstances.

This system worked as well as it did in Europe, but people elsewhere had other ideas. Sexual dualism is an inescapable fact of life; without some people being able to carry children and others being able to inseminate such people, the human race would cease to exist. However, outside of reproduction and childbirth – which take up only small fractions of most people’s lives – sexual dualism has little relevance.

In Male Daughters, Female Husbands, Amadiume reveals how sexual dualism is immensely important yet separate from gender in Igbo culture. In Nnobi, gender is only one of many codes used to regulate, distribute and translate people’s social standing, relationship to authority and possibilities within a community. The European binary attempts to permanently assign not just gender but also the lifelong value attached to a person on the basis of their genitals’ appearance. The Igbo system allows people to move through society fluidly, using seniority, industriousness, spiritual or divine calling and various other norms as the means of determining an individual’s status, influence and control over resources like land and labour.

Amadiume describes Nnobi as a patriarchal society in the sense that “men” are positioned to be the arbiters of land and lineage. However, she makes it clear that the predominance of people with penises (or “nwoke”) among this group understood to be “men” does not equate to the exclusion of people with vaginas (“nwanyi”) from it. She also illustrates how patriarchy in Nnobi differs from European patriarchy, in that nwanyi are expected to apply themselves to the pursuit of wealth and social status – up to and even beyond that which was controlled by nwoke – in ways that align with their reproductive category.

According to Amadiume, “woman” as a reproductive category in Nnobi contained various gendered groups that often but not always overlapped. “Women” were expected to establish and cater to the needs of their marital households while maintaining their seniority and power within their natal homes. They performed distinct roles as wives, daughters, matrons and, in some cases, sons. In the same way, “women” could be husbands, marrying wives who would bear them children, carrying out subsistence farming and trade and adding to their wealth and status in society.

The sexual activity or understandings necessary for maintaining all of these social processes aren’t given much prominence in the book. From Amadiume’s descriptions, besides efforts to prevent premarital pregnancy and ensure spacing of childbirth, there didn’t seem to be that much focus on sexual activity within the culture of Nnobi. There is little discussion in the book of the social or gendered implications of heterosexual sex, homosexual sex between female husbands and their wives or post-menopausal sex of the matrons who could rise to supreme socio-political prominence in Nnobi by taking the Ekwe title, for which there was no male counterpart.

Gender is confirmed by social processes, not genitals

Amadiume’s book takes a refreshingly deep dive into how roles are distributed, assigned and defined in Nnobi in ways that both complicate and simplify modern ideas of gender.

Male Daughters, Female Husbands subtly and expertly dismantles the falsehood that these ideas are all “natural” by highlighting that it is social processes that confirm and create a person’s gender performance. Further, she shows how those processes were actively undermined and replaced in Nnobi, in particular through taxation, marriage laws, Christianisation and other colonial interventions.

By foregrounding Igbo understandings of social organisation, Male Daughters, Female Husbands makes it clear that, with gender, lived reality is far more complex than the now-global binary makes room for.

So before we insist on rigid ideas of who a person can be based simply on the genitals we assume they have, it could be useful to ask: is my understanding of gender helping or hindering my understanding of the human being I am currently encountering? By inviting us into Nnobi’s rich culture, Amadiume has shown us that there is more to life than what is between a person’s legs. I’m inclined to agree with her. 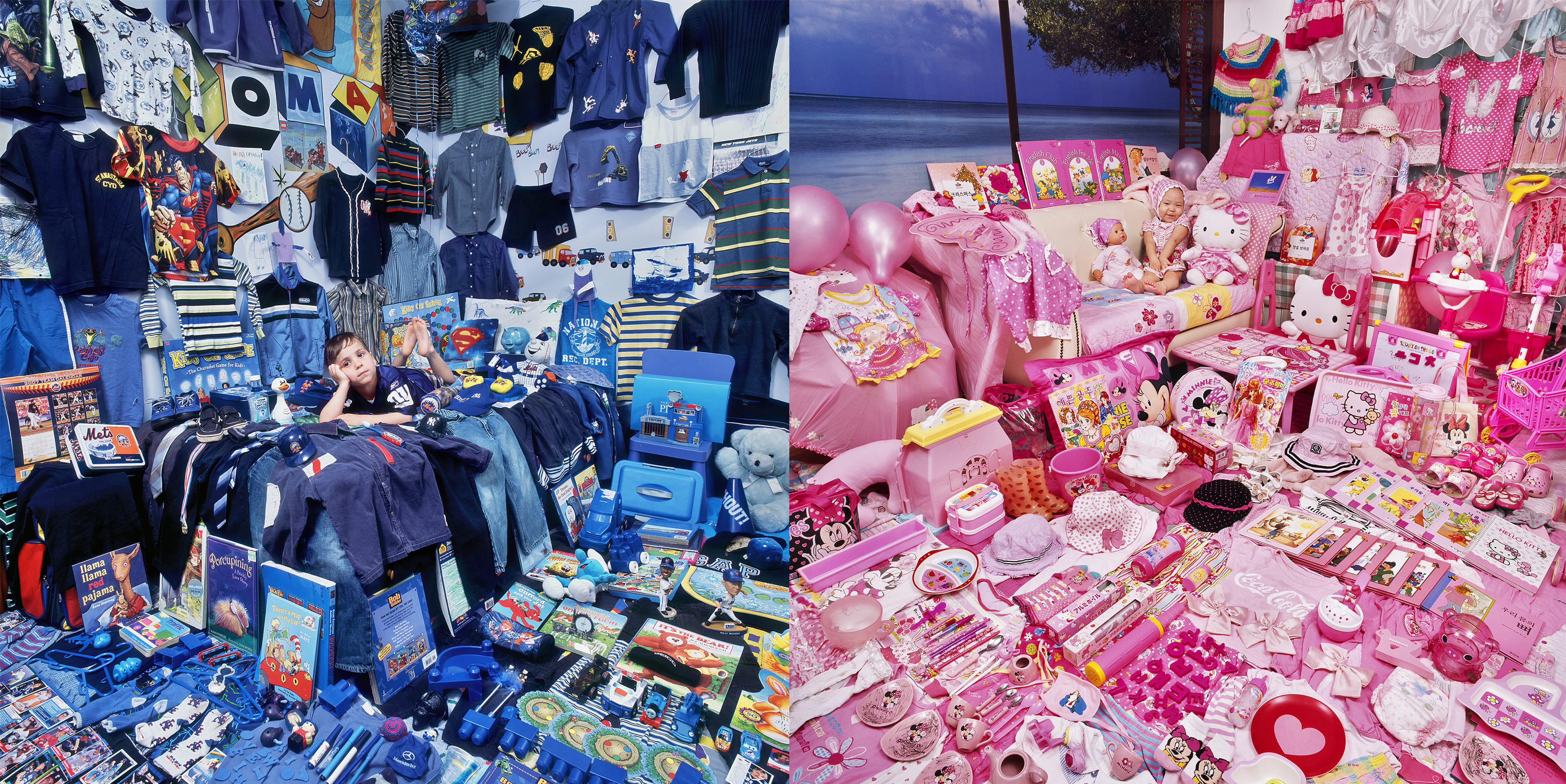 From boys to feminists: raising a gender-free child Wanting to raise a feminist son has forced me to confront some of my own uncomfortable biases. But a world without gender benefits boys just as much as girls. Read Irene Caselli’s article here 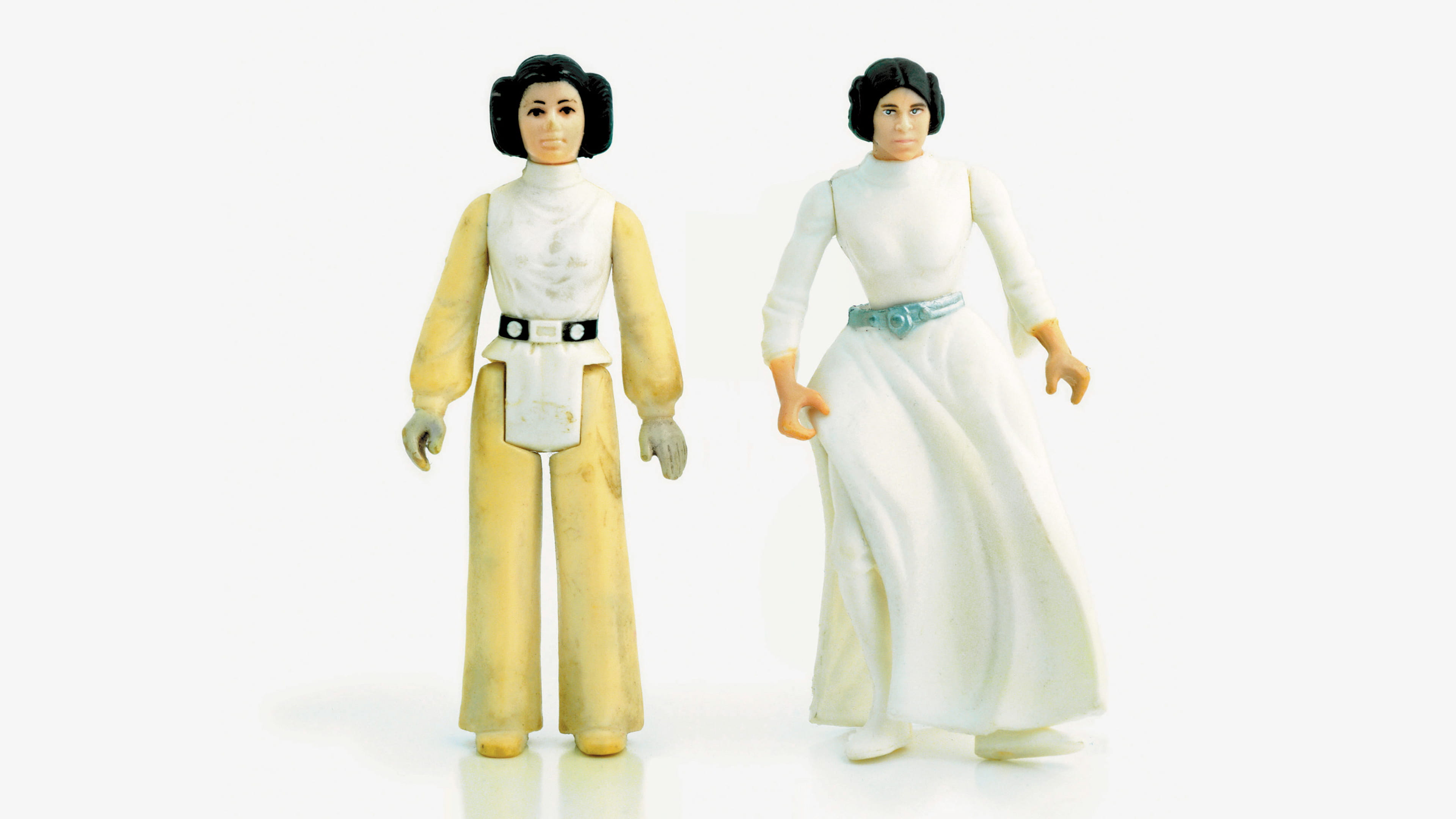