We’re in a moment of profound transition. Our climate emergency is not just a crisis of the planet’s life support system, it’s a crisis of justice. Read my essay, ‘Why climate change is a civil rights battle’. Telling stories about how this moment came about and what sorts of futures might await us is my primary goal as a climate journalist.

Earlier this month, I invited six Indigenous climate scholars, activists, and advocates to talk about how they tell climate stories, and how we might be able to tell better climate stories – together.

Our live conversation was a fascinating exchange spanning five continents. The quality of the connections the speakers had with each other made their conclusions even more powerful. I’ve rarely been a part of an event that felt more meaningful.

For me, a striking part of the conversation was hearing each participant give their introductions in their native languages.

Speaking these words in this way is a political act, an act of defiance against centuries of colonialism and erasure – the same forces that too often exclude Indigenous voices from storytelling about climate. For many First Nations, only a few speakers of Indigenous languages remain.

For our panelists, one of the most profound consequences of colonisation is learning their mother tongue as a second language. In Canada, for example, efforts are underway to teach those languages more widely, including in public schools.

Educational reform, particularly learning about Indigenous history in places currently occupied by post-colonial governments, was among the most important concerns for our panel. There is a role for education in many of the actions we could take, not only to restore justice, but in the process to advance climate action as well.

Telling stories of resistance – against consumer-driven culture, or the extractive capitalism of the fossil fuel industry, or police brutality – makes transformative action on climate more likely.

Across the world, efforts to recover Indigenous place names are gaining momentum. Decolonisation of naming helps us to change focus, reframing stories in a way that acknowledges a fuller history.

The stories of people living in the places we call home are thousands of years in the making. In many Indigenous communities, people drew on the ancestral wisdom and group resources in ways that enabled them to live together and foster respect for nature and other species.

Where we are from is not just part of our story: it’s who we are. The rivers and lakes and mountains we grew up with are not only places worth protecting, they are a part of what we are. We are inseparable from the land.

“When we introduce ourselves,” says Marama Davidson, speaking about her fellow Māori people, “we acknowledge our mountain, our river, our iwi [tribe], our canoe, our harbour. That mountain is my grandfather, that river is my grandmother. They are literally in our genealogical history. They are our ancestors. There is no demarcation.”

We know from both western science and from Indigenous tradition that this is true. We all exist in the same ecosystem. The water, carbon and air on our planet have been cycled countless times through the land and other living things. Telling this story more often could help people to better understand that climate action is really the striving for connection.

“Climate disruption, social injustices, cultural and economic injustices are all breathing the same oxygen of disconnecting us from each other and our planet,” says Marama. “We have no option but to have and keep hope.”

By unifying climate justice with other justice-seeking movements, we can build a stronger foundation for transformative change. This helps us tell a different story of how to adapt to climate change. We can learn from each other. Climate action, then, becomes more about building a culture of restorative care for each other – rather than simply preventing disaster.

“For Anishinaabe people,” says Kyle Powys Whyte, “what today are called the key tenets of social justice – whether that’s consent, trust, equity – those aspects of our morality were inseparable from environmental stewardship, from taking care of the land, from taking care of all our non-human relatives”.

Building (or, rebuilding) a culture of trust, consent, reciprocity, transparency, and privacy would bring about transformative change in the climate movement: “That’s what’s going to make us a society that has the capacity to respond to disaster, to crisis, to everyday change.”

There’s a growing, worldwide movement Read National Geographic’s article about the effort to achieve legal personhood for the Whanganui River in New Zealand. to secure legally recognised personhood for places like rivers, mountains, and forests. Winning legal rights for such places is a means to claim protections and prevent their destruction.

This understanding of the inherent rights of Nature is not new, says Kelsey Leonard. It’s been “inherent in our Indigenous legal systems for millennia”.

However, the scourge of deadly police brutality, the harm Covid-19 has caused the Navajo nation, the distressing lack of clean water and sanitation in communities around the world all mean that we are not yet even valuing the basic rights of people. Kelsey asked: “How can we grant legal personhood to a river when we don’t even respect human life?”

By studying and learning Indigenous laws, climate activists can further protections for people and the natural world at the same time. Indigenous law scholars, like Kelsey, are “finding ways to circumvent a western legal system that has disenfranchised us for centuries and implant our own Indigenous legal understanding into a frame the western world will understand”.

“It is 2020 and Flint, Michigan still doesn’t have clean water,” says Kelsey. “It’s a crime against humanity, and yet the United States doesn’t answer for it … I say no more.”

Indigenous communities have developed a way of life that has preserved our ecosystems for thousands of years. Read about how Indigenous knowledge is helping protect places like Amazonia. Indigenous people, and especially Indigenous women, have literally sustained life on Earth.

But since colonial times, campaigns of dispossession have destroyed Indigenous identity, territory, memory and ways of organising. “Our way of keeping the vital balance in between our bodies, mother Nature, and the whole universe, is getting lost,” says Andrea Ixchíu.

“I come from Indigenous communities that are putting their bodies on the frontline to battle against destructive capitalism. What capitalism is doing to Mother Earth is what racism and patriarchy is doing to Indigenous women’s bodies.”

Resistance movements, like those led by Indigenous women for hundreds of years, seek to protect our ability to protect each other and the planet.

“The word ‘apocalypse’ means not the end of the world, it means that something that was undercover is revealed,” says Andrea. “The alternatives to climate collapse already exist, and they exist right here in Indigenous communities.”

Felipe Viveros: We can learn to listen again

For Felipe Viveros, an organiser and activist working on storytelling strategies, the act of being together in a digital space spanning five continents was a sort of campfire moment to connect to each other’s humanity. “There’s something extraordinary about our ability to share stories live,” he told the panel.

In the immediacy of this moment, we have a chance to ground ourselves in the living world around us. To embrace the world of our senses and to understand, again, how precious our messy and fragile existence is. Felipe encouraged the panel to work on “decolonising [digital] spaces, to be able to reimagine different narratives”.

Felipe’s strategy during this pandemic and climate emergency focuses on “bringing the analog” – taking a break from the digital world to fill listeners with a sense of wonder, connection, and beauty. Everyone has access to nature wherever they are, which explicitly means we are all connected. “It’s not the survival of the fittest anymore, it’s the survival of the beautiful.”

Felipe quoted a lesson he learnt while working with the Kogi people of Colombia: to think is to listen. “We can listen to the natural world where we are. We can learn to listen again.”

Licypriya Kangujam: Education above all else

For eight-year-old Licypriya Kangujam, India’s youngest climate activist, we can fight climate change by encouraging kids and grandkids to educate older generations directly. If all the above steps fail, just having person-to-person conversations about climate with your friends and family – the people who care about you most – is an effective way to supplant old narratives.

One of Licypriya’s ideas is that kids should plant trees in order to graduate from school. “Many people tell me you’re too young to get involved in activism,” she told the panel. “I tell them that age doesn’t matter to make a difference. Big or small, it doesn’t matter.” 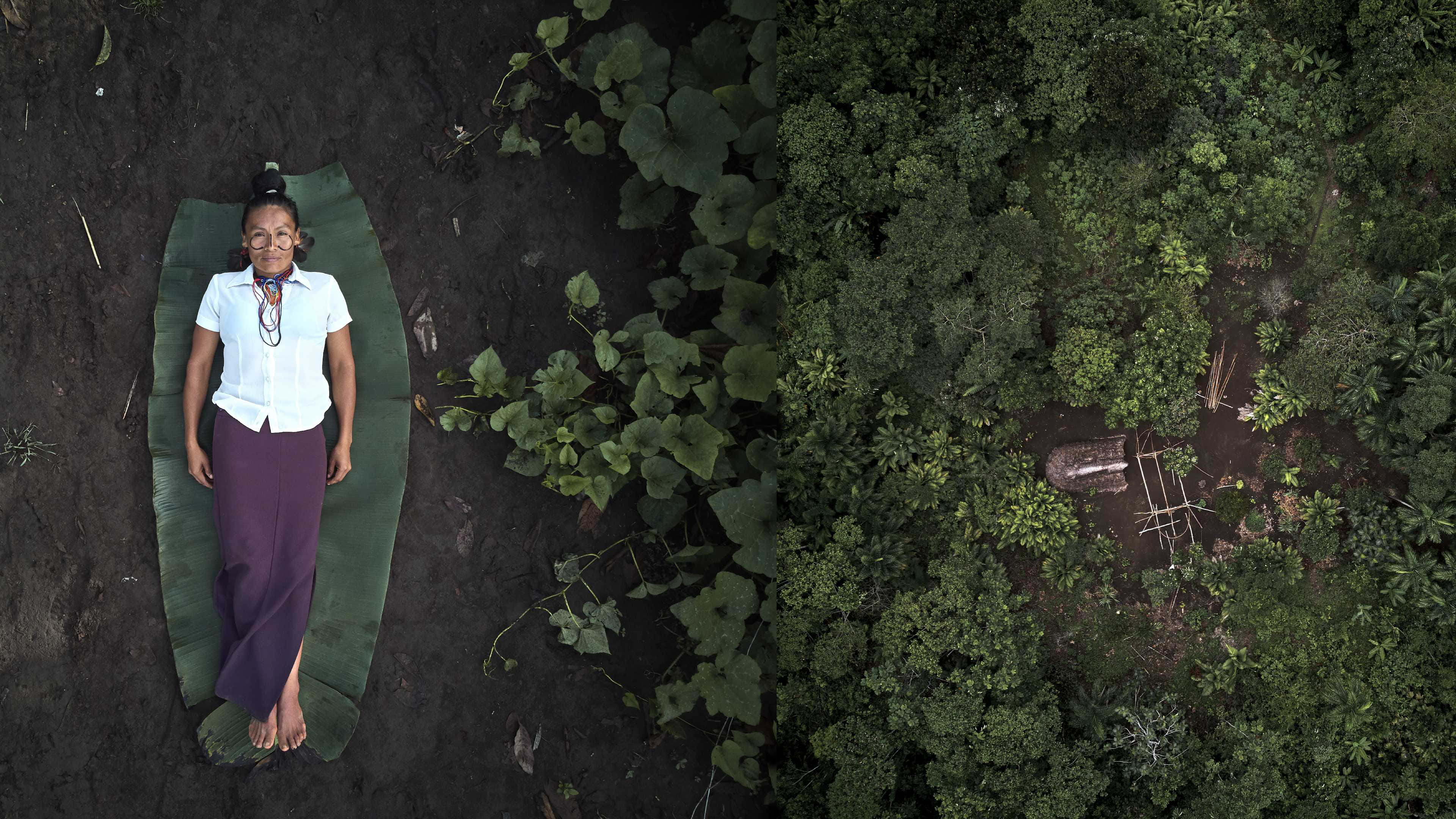 The ‘lungs of the Earth’ are really its heart: an Indigenous cure to save the Amazon A dying rainforest will release huge amounts of carbon dioxide into the atmosphere, but the Piaraçu Manifesto taps ancestral wisdom to preserve traditional lands. Read more here 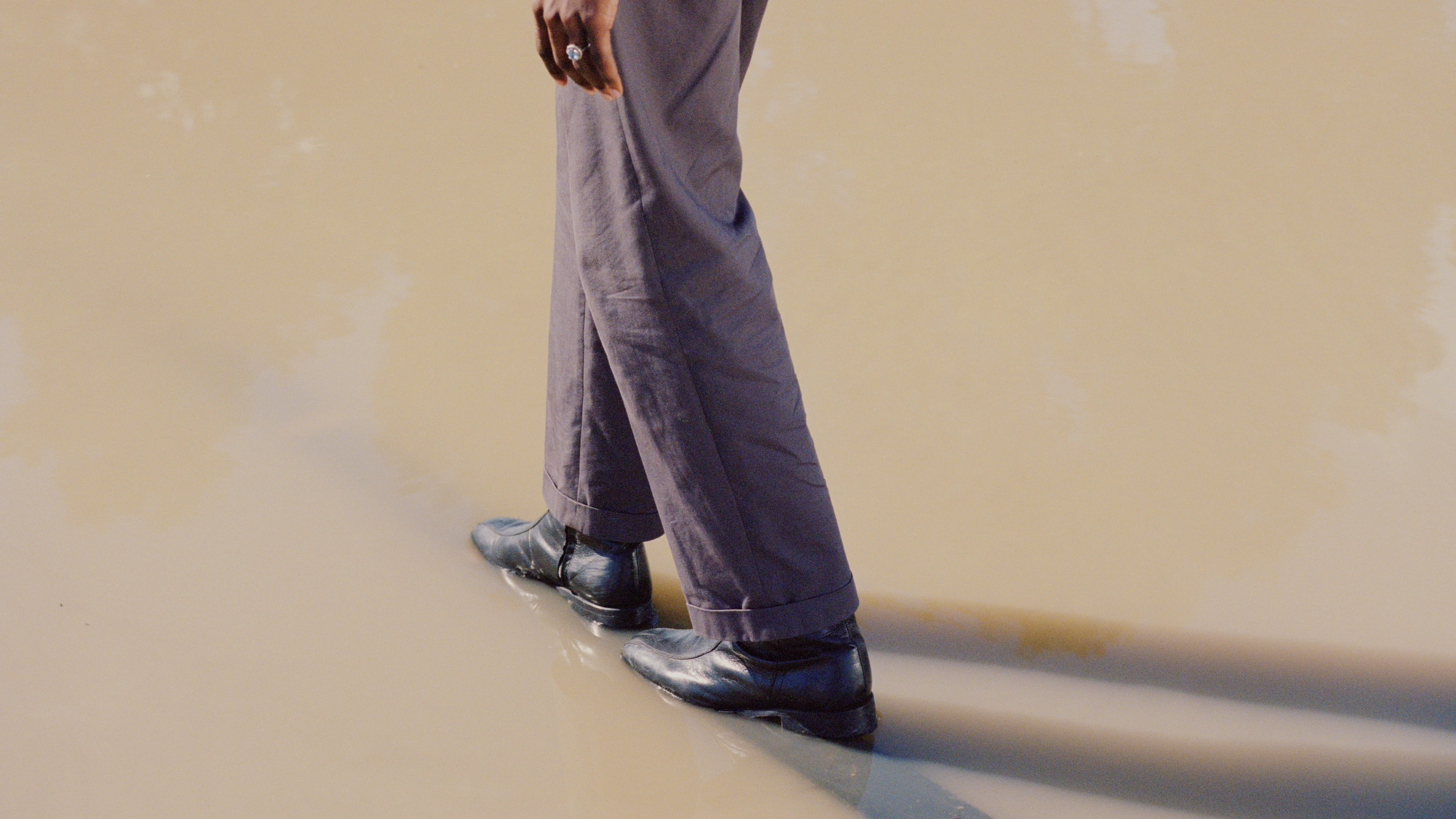 If we want the future earth we deserve, we need to do things that scare us We’re at a transformative moment in history – from an old world based on extraction and exploitation to a new world we must create as we go. Embracing discomfort is at the core of climate action. And it’s something we’re all capable of. Read more here