Illustrations by Michelle Pereira, for The Correspondent

On a sunny Thursday afternoon in April, an estimated 500,000 senior citizens across Argentina opened their doors to receive a freshly prepared meal, delivered entirely free of charge. It was a simple, yet touching gesture that showed the recipients that their need to feed themselves despite living under compulsory isolation had not gone unnoticed.

This impressive logistical feat was not carried out by the government. Instead, the initiative, involving 2,000 community-run kitchens across the country and support and funding from small businesses from butchers to bakeries, was the brainchild of the Argentinian grassroots social movement, Barrios de Pie.

It is just one example among thousands of acts of compassion, solidarity and voluntary cooperation that have been making headlines around the world. This groundswell of activity – which falls under the banner of “mutual aid” because it comes from within communities themselves and is geared long-term, as Barrios de Pie put it,  at social justice and societal transformation – has, in many instances, outpaced state-led attempts at volunteering.

Perhaps we shouldn’t be surprised that humans are kind. After all, this is the case Russian author, nobleman and anarchist Peter Kropotkin, who came up with the term, makes in his 1902 essay in which he writes: "Besides the law of mutual struggle there is in nature the law of mutual aid, which, for the success of the struggle for life, and especially for the progressive evolution of the species, is far more important than the law of mutual contest."

Still, I’m curious as to how this collective action, now so commonplace, can be sustained. The economic impact of the pandemic will extend far beyond the health crisis – how can communities, both physical and digital, create and sustain solutions when the state is absent, or has limited capacity?

Take New Orleans as an example. In the weeks following Hurricane Katrina, local activist John Clark spoke of the inspiring surge in mutual aid groups in response to the disaster. “The weeks I’ve spent in New Orleans since the hurricane have undoubtedly been one of the most gratifying periods in my life,” he wrote. “Seldom have I felt so much gratitude for the goodness of people, for their ability to show love and compassion for others, and for their capacity to create spontaneous community.”

Yet 15 years on from the “worst urban disaster in US history”, it is clear that the initial coming together has, to all extents and purposes, unravelled. The city’s former mayor, Mitch Landrieu, dubbed New Orleans’ post-hurricane recovery “America’s greatest comeback story” but the poorest, hardest-hit areas received the least amount of funding to rebuild. One in three black residents of the city have not returned; food insecurity is rife and even actor Brad Pitt’s ambitions to “make it right” in the city managed to go wrong.

Pitt’s project, with its top-down charity model, is the very opposite of mutual aid initiatives which are driven by solidarity and the difference is clear: Argentina’s unemployed worker movements have sustained their actions for nearly two decades. Tens of thousands of working-class Argentinians, resident in the country’s barrios, have shown great capacity to meet needs at the local level, from education to soup kitchens, skills training programmes and health services. How have they done it?

To get a better picture of how mutual aid works, I connect with Martyn Everett, a retired librarian who has decades of experience within anarchist movements. He patiently talks me through the history: ideas around social anarchism, which take much inspiration from Kropotkin’s work.

There’s a great deal to learn from all the economic, political and social alternatives that emerged in Argentina after the 2001 economic crisis

Speaking about Argentina, he suggests I reach out to Marina Sitrin, author and editor of a number of works that look at a form of popular power that emerged in Argentina called “horizontalism”. “Horizontalism is really the next step up from mutual aid,” Everett says. “It is both the application of mutual aid to social organisation – beyond a response to disaster. The implications are very exciting!”

Intrigued, I look Sitrin up and then contact the assistant professor of sociology at Binghamton University in the US. I find a definition of horizontalism in a 2014 article Sitrin wrote, in which she says: “Horizontalidad, [which is] often translated as horizontality or horizontalism, was first used by the movements that emerged in Argentina in the wake of the 2001 economic crisis. [It] is a social relationship that implies, as its name suggests, a flat plane upon which to communicate. Horizontalidad necessarily implies the use of direct democracy and the striving for consensus, processes in which attempts are made to let everyone be heard.”

When we speak early one Saturday morning Sitrin reveals, to my delight, that she’s in the final stages of editing a new book that tells the story of the street-level responses to the current pandemic from around the world. Unsurprisingly, there is a chapter on Argentina and she confirms that there is indeed a great deal to learn from all the economic, political and social alternatives that emerged after the South American country’s deep economic crisis in 2001.

As the economy floundered, whole arms of government ceased to function properly, and local communities self-organised to fill the gaps. Under the banner of the Movement of Unemployed Workers, groups gathered together to make food, build housing and provide schooling for children. Among its varied programmes Barrios de Pie, for example, developed Bachilleratos Populares, an independent educational system which provides higher education to youth and adults. Another group, the Coordinadora Aníbal Verón, supports its members who have faced domestic violence, need healthcare, or are seeking to develop self-employment opportunities. This coordinated, locally driven solidarity also extends beyond the domestic sphere and individual needs.

In 2003, the New York Times reported that across Argentina at least 160 factories, employing an estimated 10,000 people, were being run as cooperatives by their employees, ranging from a tractor factory in Córdoba to a tile and ceramics plant in Patagonia. Today around 400 of these autonomous, self-run companies are still functioning.

As Sitrin’s definition of horizontalism explains, the core unit of decision making within these movements is the assembly where consensus is sought on all decisions and participation is open to all. “People spent a lot of time in assemblies, sitting in a circle talking and listening to one another,” explains Sitrin of what she encountered when she travelled to Buenos Aires in 2002, after hearing about community-led initiatives that were emerging in response to the economic crisis. “They shared what they were feeling but also what they were doing and the meaning of both. Bringing together feelings and thoughts and reflecting as you go strengthens the process.”

In her book The politics of autonomy in Latin America, Ana Cecilia Dinerstein explores the extent to which social movements and grassroots organisations across the continent have been able to create “concrete utopias” in the face of neoliberal restructuring, economic collapse and widespread social dislocation.

Dinerstein, whose academic research is on “the global politics of hope”, refers to autonomy as “the art of using knowledge creatively and politically to weave dreams out of misery, against the odds, amidst brutal state violence, endemic poverty, desperate hunger and social devastation”. That might sound poetic but as we celebrate the growing autonomous responses to the pandemic, Dinerstein’s definition is a reminder that we cannot forget the complex struggles – against “state violence, poverty, hunger and devastation” – that make such initiatives necessary.

The reality in Argentina is also a caution against romanticising mutual aid. The work of researchers Fynn Kaese and Jonas Wolff identifies two explanations for the continuity of Argentina’s unemployed workers movements – first, that they are deeply embedded in local communities, and second that they are adaptive, pivoting to respond collectively to whatever the current crisis is – but they also note that many of the country’s mutual aid organisations are not only not anti-establishment, but are described as “staunch allies of the government”. Their ability to sustain their activities since the turn of the millennium has been in part also by forging links with the government. From the standpoint of the state, support for these grassroots groups makes them political allies.

In addition, Kaese and Wolff show that the Plan Argentina Trabaja (PAT), a social plan to increase employment introduced in 2009 as a response to the demands of the unemployed workers movements, by the government of then-president Cristina Fernández de Kirchner, has since been politicised. This in turn has polarised the movements and intensified claims of discrimination from those groups who were oppositional to the state. What’s more, the original demand for dignified work, which underpinned the foundation of the movements, and of the PAT, has hardly been fulfilled by the precarious low-wage jobs created.

The fight for and not just against

Despite these challenges, Sitrin describes the endurance of Argentina’s mutual aid groups as “remarkable”, pointing out that even when specific collectives no longer exist, their way of organising has remained. The land rights movements, as well as struggles against femicide, anti-abortion laws and now, action being taken in response to the Covid-19 pandemic, are all adopting a horizontalist approach.

Besides, “it’s not from one day to the next that you take over the state and make something new,” Sitrin reminds me. “It’s a long process of forging new relationships that are the basis of the new society. It is filled with contradictions and there is still a lot of inequality in Argentina.”

Everett, who has six decades of experience on the frontline of self-directed organising, is also remarkably sanguine. He is optimistic that those who have become involved in mutual aid as a result of this pandemic will have come to see that there is a different way of organising society, and of relating to one another.

“People will have experienced that they don’t need to sit and wait for orders for something to happen. The construction of society is something that involves everybody. I’m hopeful they will build on the mutual aid organisations that they have established and apply this learning to other areas of social life.”

Seen from that perspective, anyone interested in community-led societal change need not become anxious about the staying power of today’s mutual aid initiatives. That they exist, irrespective of their duration, creates a picture not only of what is worth fighting against, but also – and more importantly – what is worth fighting for. 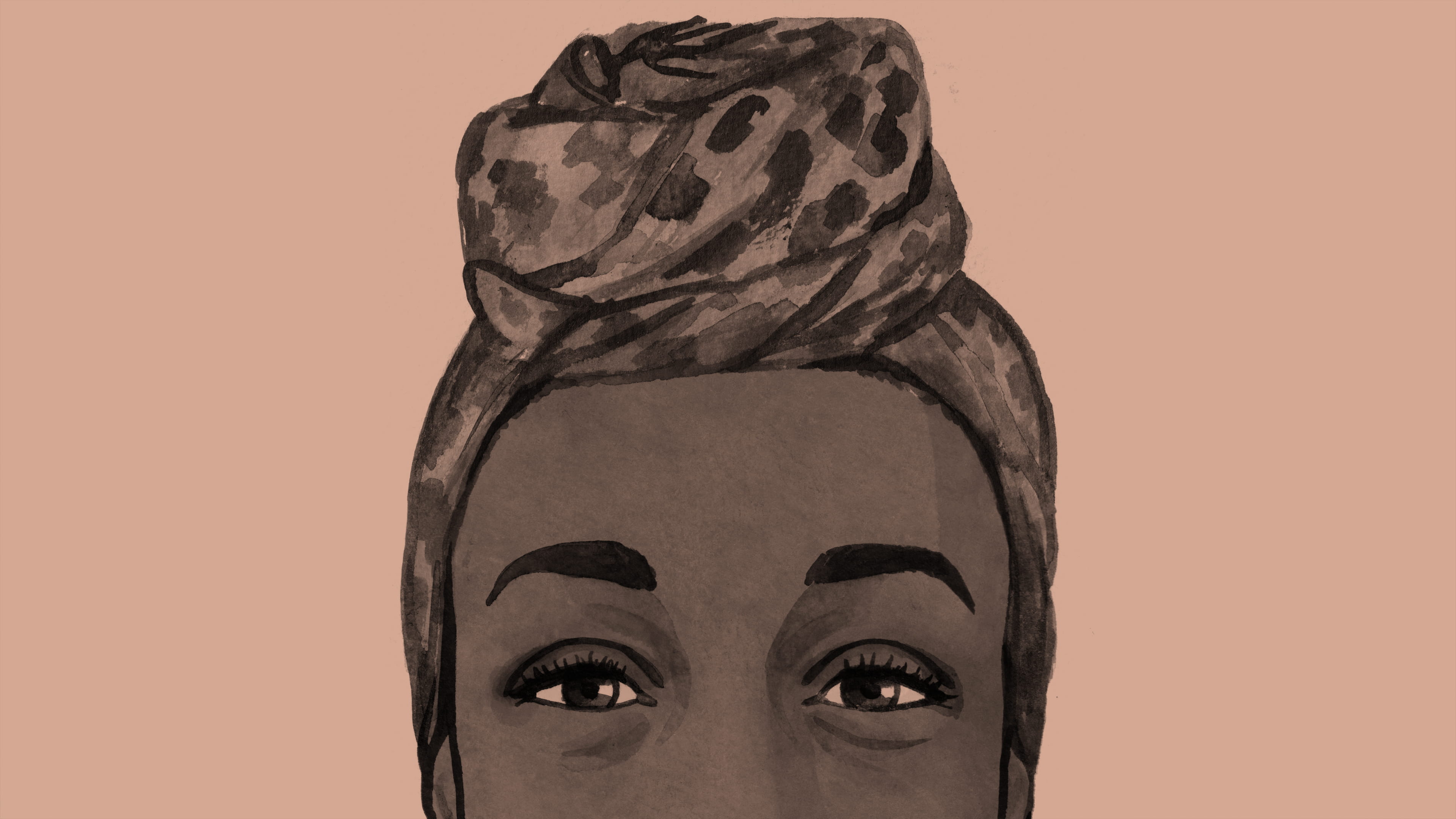 The unthinkable has become reality. How can we build back better? Ideas are fringe, laughable, even disdained, until suddenly, they aren’t. Now is the time to consider all the ways we could be building back better. Read the introduction to Zoe Smith’s series for The Correspondent 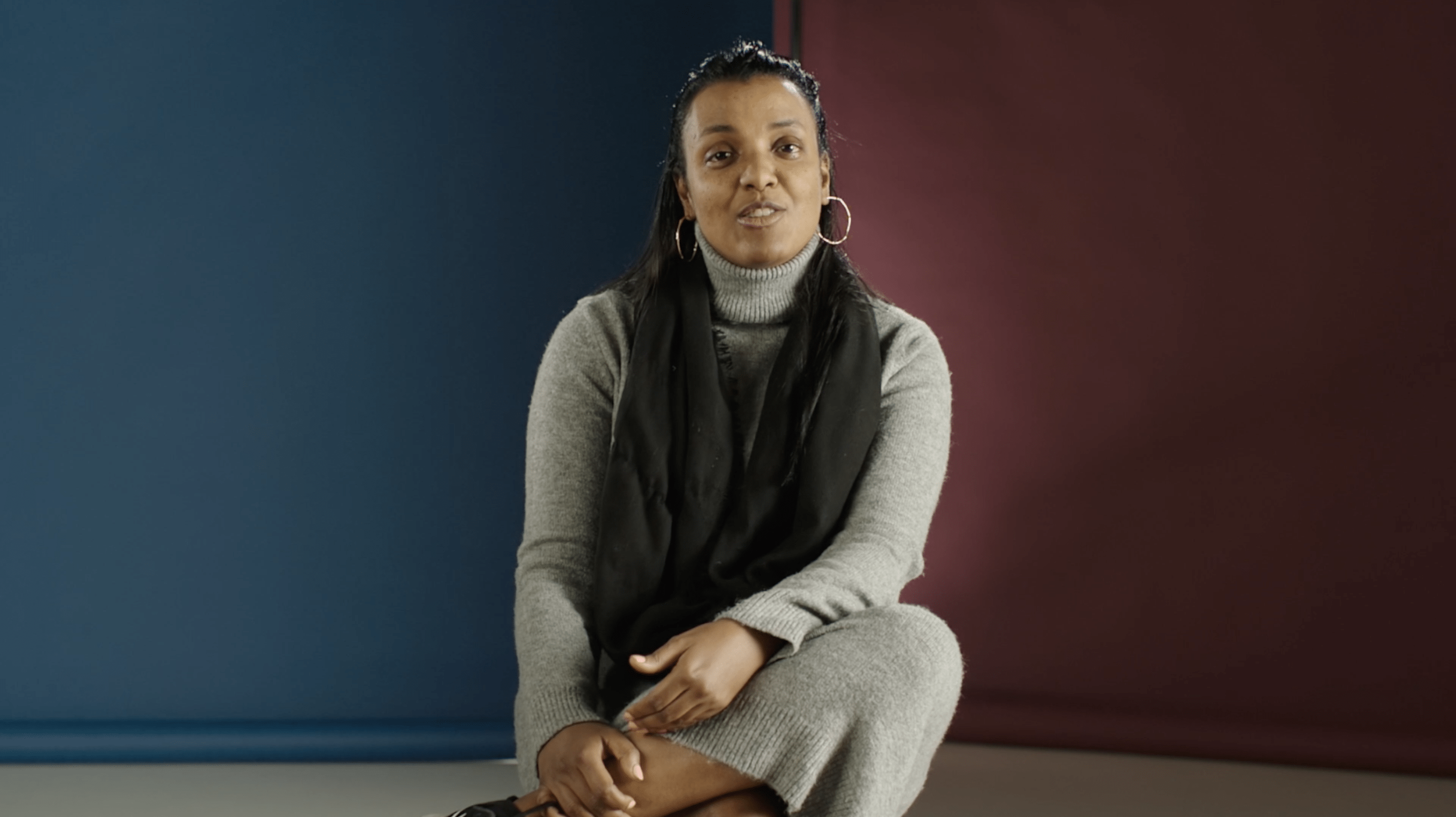 Meet our Better Politics correspondent, Nesrine Malik We read a lot about what’s going on in the world, but very little on how we can use politics to make people’s lives better. This beat wants to change that narrative. Watch Nesrine Malik’s introductory video