Illustrations by Sandro Rybak for The Correspondent

Thanks to Disney, millions of people around the world think of Pocahontas (Powhatan) as a singing, long-legged, strong-willed girl who dived from cliffs and talked to trees. But the brutal reality was nothing like the Disney cartoon. Brianna Theobald’s illuminating Reproduction on the Reservation: Pregnancy, Childbirth, and Colonialism in the Long Twentieth Century captures the unromantic impacts of settler colonisation on the lives of Native Americans.

The arrival of European settlers in North America saw Native Americans forcefully removed from their lands and subjected to centuries of harm. Nowadays, many US Americans memorialise Pocahontas as “the mother of us all”. Yet her experience of unwilling separation from her people – as well as being forced to reproduce in and conform to a hostile culture – is a perfect example of how European interests disrupted the lives of Native American people, particularly women.

Theobald’s book intimately shows how the reproductive experiences of women like Pocahontas were strategically and deliberately controlled to advance the colonial project. As European powers focused on annexing land, subjugating the Indigenous population, and exploiting North America’s natural resources, politics became inseparable from the very personal act of giving birth.

Theobald, a historian, focuses on the Native American Crow Nation, who have traditionally lived in what is today called Montana, the United States. But large swathes of the world have felt many of the destructive effects of European colonialism that the book describes. I’m a Yoruba woman living in Nigeria, which was still a British colony several years after both of my parents were born, and in west Africa, as in North America, our extended family models were demonised in favour of a nuclear family built on life-long monogamy. As a result, social categories such as “single parent”, “divorcee” or “illegitimate child” were created, all of which had never existed before.

The US government, just like any other colonising force, did its utmost to coerce Native Americans to assimilate into Euro-American ways of life. As Theobald explains, controlling biological reproduction in Native communities was central to their efforts. Enter the colonial nuclear family – a man, a wife, and happy children.

This “proper” nuclear family was touted by European powers across the Americas, Africa and Asia as the “civilised” family model. There was a male household head wed for life to a submissive woman. And there were rigid gender roles – the man controlled the economic resources and the woman worked in the home. Reproduction was valued highly, and, in turn, the worth of the offspring was based on their gender. Children were also positioned as the “legitimate” biological possessions of the father through lineage, last names, and the inheritance of land as regulated by the state.

Controlling biological reproduction in Native communities was central to the colonial project. Enter the nuclear family – a man, a wife, and happy children.

Theobald explores how this family model became a bureaucratic tool to oppress Natives and ultimately enrich settlers, frontiersmen, and other US citizens. The US government actively used land policy, federal funds and state agencies to undermine Native people’s migratory and flexible community structures in favour of a fixed, domesticated nuclear family. The new, smaller family model was “allotted” a small piece of reservation land to farm, leaving immense stretches of Native land available to US government interests. One of the most important ways of normalising this nuclear family model was by completely changing Native people’s childbirth and child-rearing practices.

Like many other Indigenous cultures, Crow women used extended family systems to provide childcare, reduce hardship, allow adults to work, and establish status as productive members of society. Colonisers could not understand how biological grandparents, aunts, cousins, or even other community members not related by blood could assume the role of primary caregivers, so they vilified both the Indigenous idea of family and the way women handled pregnancies. Elective abortions, home births attended by midwives, and the use of various herbs and medicines to ease labour were common practices that were labelled “savage” by colonial forces.

In the late 19th century, when a majority of Native peoples were moved to reservations, the US government actively undermined Native childbirth and child-rearing practices by pushing a “superior” narrative of “scientific motherhood” – a model based on Euro-American ideals. For decades, they built hospitals on reservations, pressured and even coerced residents to use federally funded healthcare, based land allotments on nuclear family models, criminalised abortion and midwifery, and imposed “Christian” values on Native communities.

The personal is colonial

Some Native women moved their traditions. Births were attended by groups of women in hospitals, merging traditional and medical ways of childbirth. Others studied to become nurses and midwives, and then, because of discriminatory and even violent experiences like forced sterilisations, became politically active within public healthcare institutions. Many formed networks and organisations that were designed to improve Native women’s reproductive experiences on and off the reservation.

By the middle of the 20th century, hospital births had become the new norm for Native women. Around the same time, however, the US government had begun to actively and drastically scale back the provision of already inadequate healthcare services to Native communities living on reservations. As Theobald puts it, the government’s switching between control and neglect caused severe hardship for Native women and their families at the time, which galvanised a political consciousness among individual Native women. In the 1970s, Women of All Red Nations (Warn) was born.

Warn represented a consolidation of the political work that Native women had been doing for decades, as they tried to protect their wellbeing within a public system that harmed them, their families, and their lands. To them, the problems were all connected: delegitimising midwifery in favour of medicalised childbirth; stigmatising Native mothers as neglectful; removing Native children to boarding schools and white foster homes; forced sterilisation; underfunding federal health services on reservations; disregarding various land treaties, and destroying Native natural resources. For Native women fighting for personal and political sovereignty, the environmental exploitation of their lands can’t be separated from the destruction of their culture and discrimination against their people.

Theobald shows readers how economics and politics directly affected women’s reproductive lives. For instance, she connects early 20th-century poverty and malnutrition on reservations to the era’s disproportionately high rates of Native infant mortality. Her book also highlights some of the factors that cause marked differences or similarities in the experiences of people who get pregnant and raise children, including proximity to hospitals, affordable healthcare, the availability of childcare options, artificial contraception and abortions, and socio-economic status. This sort of structural perspective is vital – it can help the fight for reproductive justice for people everywhere.

Theobald writes: “Reproductive matters cannot be separated from broader political struggles, or from the economic, social, and cultural contexts that shaped women’s lives.” Throughout the book, she skilfully blends personal narratives and analyses of public policy, showing that the personal is very much political. Reproduction on the Reservation is a valuable lesson in what becomes possible when people work together to resist oppression and create the lives that they want for themselves and their communities.

The Other Shelf: Book chat with Brianna Theobald Join me, OluTimehin Adegbeye, the author, Brianna Theobald, and our conversation editor, Nabeelah Shabbir, on 4 February at 3pm CET for a Zoom call where we will discuss themes from our book of the month, Reproduction on the Reservation. Sign up here to receive a four-page excerpt and the Zoom link to join the call. 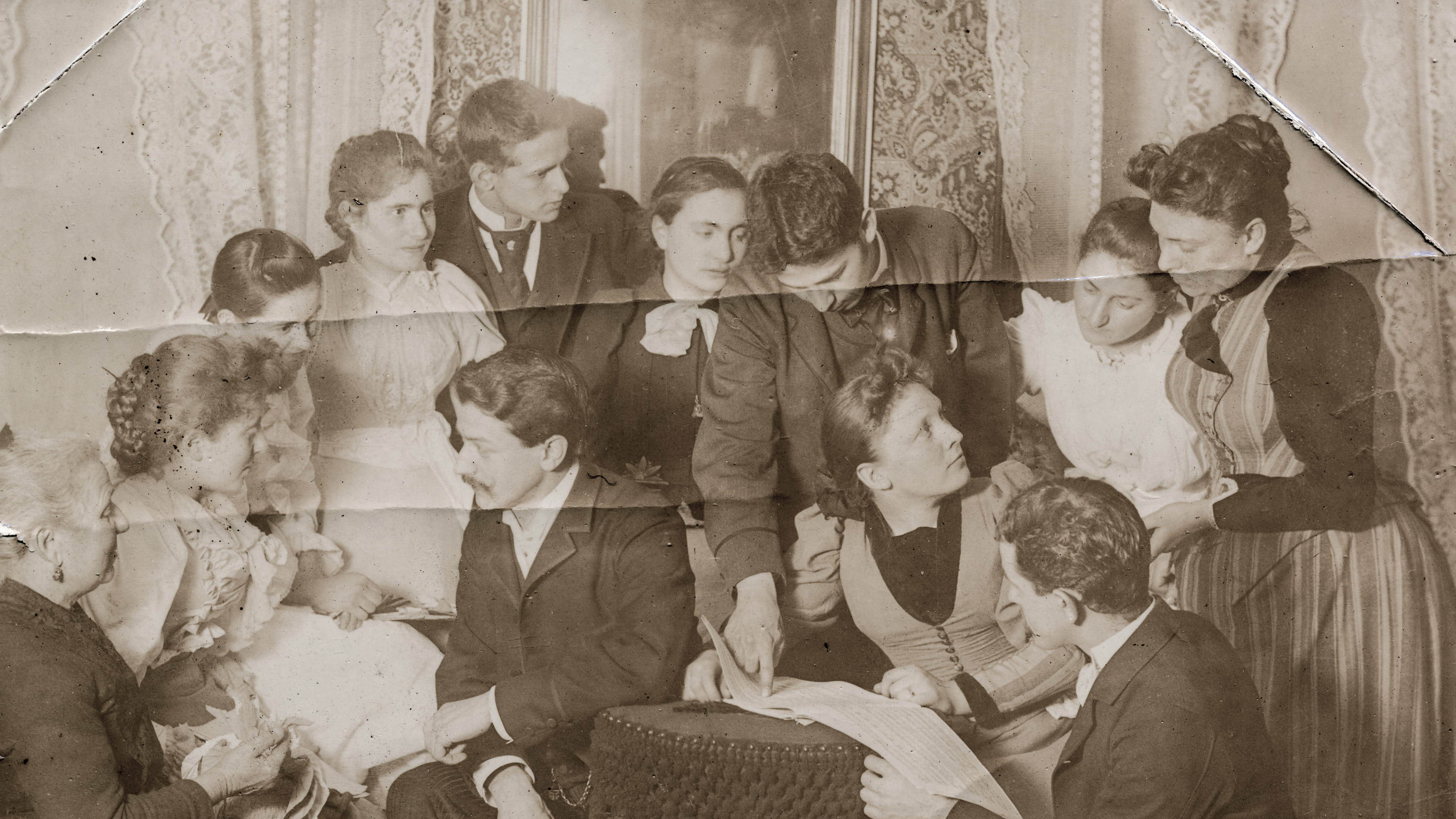 Trauma can be inherited. We need to understand what we’re passing on When it comes to negative experiences in childhood, the body seems to keep score. But even small changes can positively affect health in later life. Read this piece by Irene Caselli. 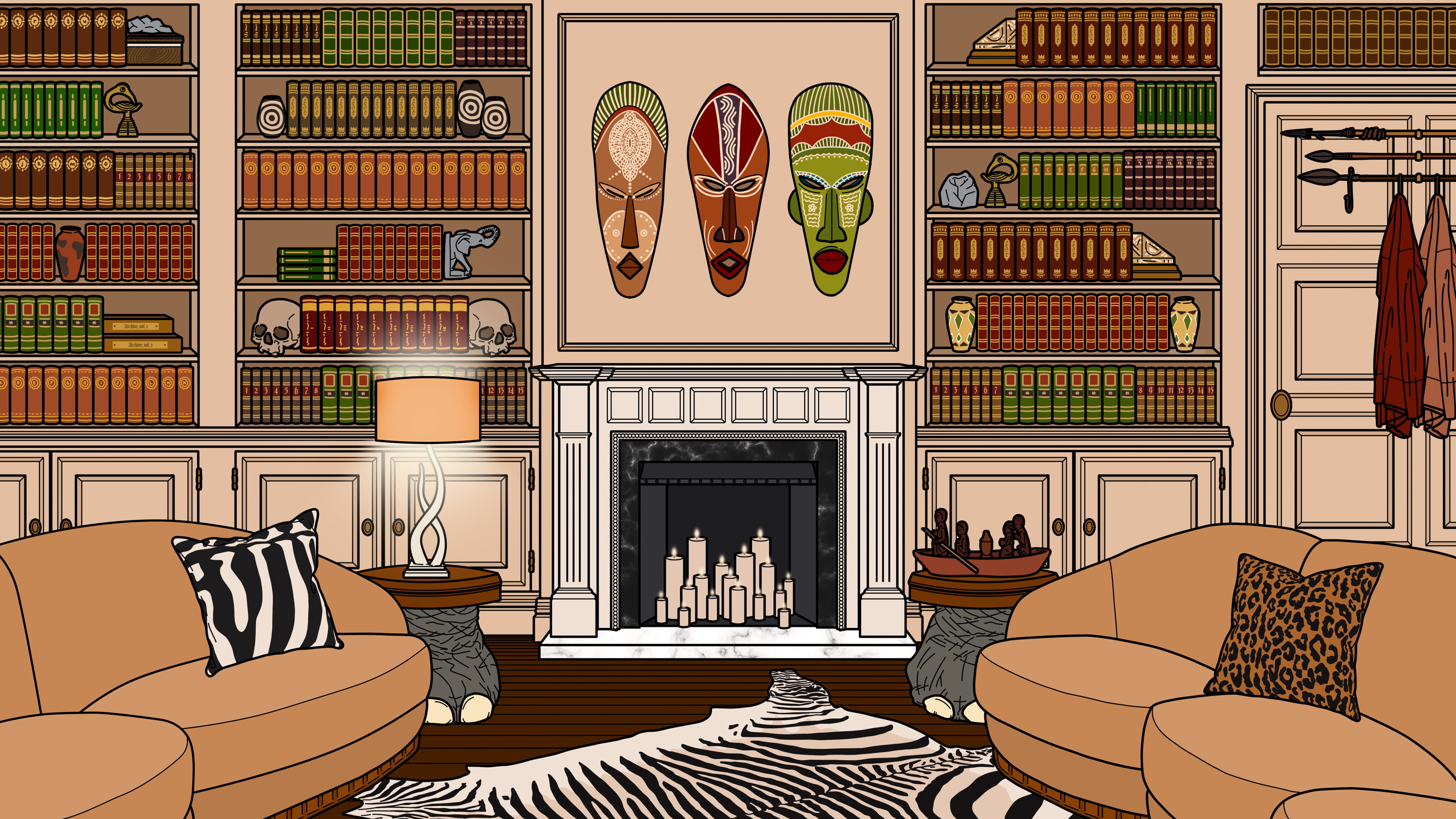 Colonialism in the decor: we can’t keep sweeping the past under the leopard skin rug At the end of the colonial era, hundreds of thousands of individuals brought objects home. From the horrific to the banal, these relics should be a starting point to reckon with the west’s violent history. Read this piece by Elliot Ross.