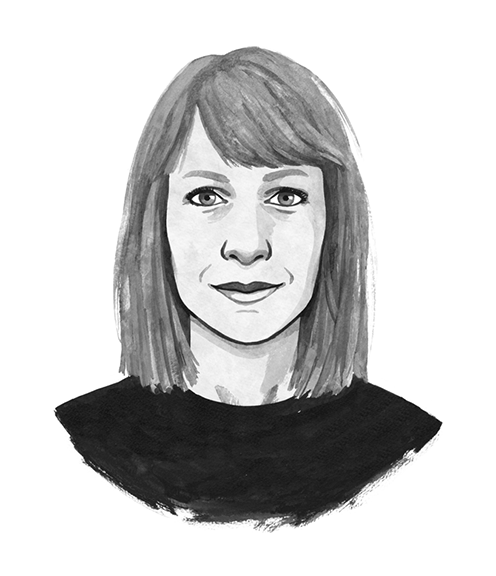 This callout brought together our members with the Othering correspondent and a guest expert. This private contributions space, where the book was originally discussed was closed on 1 January 2021. You can contact post@decorrespondent.nl to read the discussion if you were a one-time member of The Correspondent. Finally, to read the following article from this collaboration, click on the first ‘side note’ in the article below.

Photo by Isabelle van Hemert for The Correspondent

Jason De Léon, professor of anthropology and Chicana/o studies at the University of California See Jason De Léon’s profile at the University of California , in Los Angeles, once sat for seven hours with his students in the Sonoran desert. They were waiting by the body of a woman who died attempting a crossing of the Mexican border into the United States. The group covered her with a blanket, and sat there until Border Control eventually showed up.

The Sonoran desert has a ‘Mars-like landscape’, says De Léon. The inhospitable swathe of land spans the states of Arizona, California and northwestern Mexico, and US government policy, such as Prevention through Deterrence, has effectively turned this zone into a ‘backdoor’ for migrants to be ‘funnelled’ into the desert. De Léon spent five weeks doing research at this border, work that would become the book The Land of Open Graves Find out more about The Land of Open Graves .

The Land of Open Graves, an anthropological account of border crossings and death in the face of anti-immigration policies, i s the first book we will be discussing in our book club, The Other Shelf The member space below this article is now closed, but you can read the following article from our collaboration in this article here .

Since The Correspondent’s launch on 30 September, the Othering beat has explored the phenomenon through the prism of death Read this essay on the relationship between death and power. . We knew as part our ongoing conversation with members, we’d like to start a book club so we asked you: "What is the first book that we should read together?"

84 recommendations later See the callout to join the our book club. , and we settled on this beautifully sad account Read the newsletter here. because it powerfully captures the idea of death as a deterrent, as a tool to regulate human behaviour, and a confirmation that certain lives – certain human beings – have little value.

“Archaeology is both a way to examine a hidden social process and a form of material witnessing,” said De Léon, who will join us for the discussion on Wednesday 13 November, at 11am PST/ 7pm GMT / 8pm CET. “I think the most important part of ... archaeology is the fact that we have a record that this hidden humanitarian disaster has been happening for a long time.”

Between 2000 and 2013, of the 11.7 million people apprehended crossing the US-Mexico border, almost 40% were arrested in the border patrol jurisdiction known as the Tucson Sector, between New Mexico and the Yuma County line in Arizona.

As for the number of people who’ve perished in the desert, in December of 2018, the New York Times quoted a report that put the figure at 8,000 dead since the 1990s, Read ‘The desert should not be a death sentence’ in the New York Times. but De Léon thinks it may be thousands more: “I think you can safely push the number of dead along the US-Mexico border to over 10,000”.

His writing moves from research-based ethnography to semi-fictionalised accounts of the border crossings. Illustrated with black and white pictures by photographer Michael Wells, De Léon reflects on how nature is "conscripted by the border patrol" – not only as a means of enforcement, but also as an agent of blame for the bodies which have been found.

For clandestine migrants, passing through this region, to die, experience violence, suffer and then to be forgotten – De Léon quickly learned – is par for the course. Using pig carcasses as proxies in his research, he researched how these bodies disappear in the desert, bones swept away on the sand floor; vultures carrying carcasses away. Despite all the horror that is seen in this place, death becomes normalised. "Death lay there like a casual summer breeze," as the writer puts it.

Of the books readership De Léon says: “It seems to have reached a significantly wider audience than anticipated and it has found a broad readership both on campuses and with the general public," before adding: "The people I write about in the book also seem to be really happy that their voices have been heard by many others."

And so over to you, members: join Jason from Los Angeles, OluTimehin from Lagos and Nabeelah from Amsterdam on Wednesday 13 November, at 11am PST/ 7pm GMT/ 8pm CET.

All you need to do is bookmark this article, and come back to it on the 13th. The conversation will be in the contributions section below.

If you have the book but won’t have read it in time, pages 43-49 will set the scene for you, allowing you to pull together a picture of what a typical border crossing looks like. If you don’t have the book, you are still welcome to join the discussion on the themes that emerge.