I find it hard to imagine that there are people plugged in to the neoliberal English-language media landscape who aren’t aware that the US is experiencing a coup, Africans will be the last to see the Covid-19 vaccine, and Chimamanda Ngozi Adichie is an unrepentant transphobe.

To those who managed to be unaware, I apologise for bringing you up to speed. For those who are aware, I must assert now that none of these issues are up for debate. Please do not take this newsletter as an invitation to initiate "an exchange of ideas", or to try to explain to me that these issues--the cost of which will all be measured in human life and wellbeing--are just "differences of opinion".

For years (so many years. Too many years!), we have had discourses and conversations and roundtables about all of the social forces that facilitate realities like the three mentioned above. As far as I’m concerned 2020 is the year when all of us, late to the party or not, should be asking ourselves: how can I resist, change, or cushion my fellow human beings from the impacts of these facts?

When Adichie first publicly aired her particularly charismatic, soft-spoken and charming transphobia in 2017, I acted like the US news media in the age of Trump and expended huge amounts of energy debating, debunking and demystifying her insidiously dangerous and patently false claims.

No, women are not women just because we are born "female" (while we’re here, let’s have a look at what science says about biological sex), ‘Biological sex’ is more complex than these people claim. Read about it. or because we experience misogyny. No, trans women don’t "switch genders". Gender is very complex. Let this closeted trans woman explain it to you. No, male privilege is not a blanket reward that is freely and unequivocally given to any and everyone born with a penis. Laverne Cox: "Prior to my transition I was called a girl. [Now] I am called a man." I even made like a good ally and amplified the voices of the three or four highly visible trans women whose stories I’m familiar with.

Meanwhile, the most famous African woman alive returned to her aspirational life of breezy book readings, sold-out speaking engagements and glitzy galas. The world debated and discussed, argued and opined, and trans women continued to be denied resources, respect and rights.

In the years between Adichie’s original transphobic sit-down and her most recent one – the years since I stopped being invited over for dinner at her home because I called out her transphobia – my feminist praxis has grown even more intersectional, addressing class-based issues like the gendered impacts of urban poverty and attending teach-ins about domestic work from a feminist lens.

I have also attended numerous LGBTQ+ events and even organised several of my own. Yet, despite the scores of queer gatherings I have been in, and despite my explicit attempts to include trans women in the spaces I curate, I have only ever known five non-closeted Nigerian trans women by name. And I have only ever met two of them in real life.

One of these women is a screenwriter and filmmaker Meet Noni Salma. who moved to the US to be able to live in relative safety. Another heads Nigeria’s first and, as far as I know, only trans rights non-profit. Meet Mx. Emmanuella David-Ette. All I remember about the third, who I briefly met at a workshop in 2019, is that her name is Emerald and she laughs a lot. The fourth is a social media star who regularly obscures or even denies her gender identity Meet Bobrisky. in media interviews. The fifth was murdered in her home in 2018. Rabina was a peer educator in Abuja, Nigeria. Content warning: disturbing imagery.

I am a queer Nigerian woman with a fairly large network of people in my community, and 1 out of the only 5 non-closeted Nigerian trans women I know of had her life taken from her before she hit 30. This is the community – these are the people – that "feminists" like Rowling and Adichie, two of the most privileged and insulated cisgender women in the world, have chosen to repeatedly and gratuitously dehumanise.

When a person tells you who they are, the natural human instinct is to believe them. Someone says, This is my name, this is my story, this is my life. Generally, our response is, "okay!" The vast majority of us don’t question other people’s stories about themselves or their experiences – unless those stories are somehow threatening to the status quo.

The practice of ripping people’s self-determined identity from their mouths and stuffing something of our own choosing in its place is a colonising and patriarchal one. It is a violent one. It is one that always, sooner or later, leads to emotional, psychological, cultural, spiritual and too often, physical death. Ultimately, it is a practice that tries to ensure that power flows in one direction and one direction only: towards the person doing the de-naming.

Trans women can speak for themselves: they always have, they always will. Read Raquel Willis’ response to Chimamanda’s transphobia. In the meantime, it is important to ask: in a world where women of all experiences continue to be harmed and killed by cis men, where all women’s rights continue to be legislated into the past tense at the behest of cis men, and where all women’s potential continues to be capped for the benefit of cis men, why can’t "feminists" like Rowling and Adichie keep trans women’s names out of their mouths?

I can only guess that it is because those names taste like power. 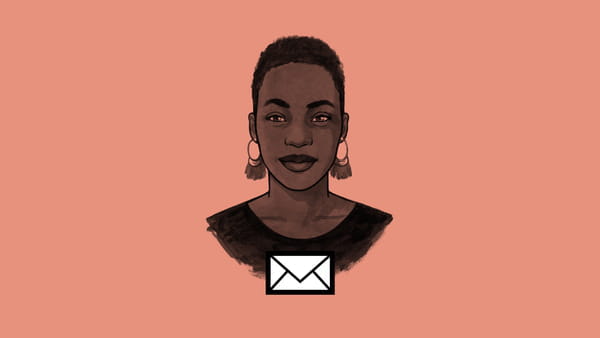