Every time my three-year-old says “Hello Google, play cat sound” into my phone and Google obliges by instantly producing a meow, I’m reminded afresh why 2020 has been such a frustrating year. There we were, a civilisation primed for speed and immediate gratification. We’d made waiting obsolete. We asked and we received. We called it the "on demand" culture. It was a glorious thing.

But then came a virus, and it sent us scurrying in the opposite direction. From speed to stillness. From instant satisfaction to indefinite wait.

2020 continues to be a harrowing, unending wait – for a vaccine, for hugs from friends, for the day we can once again board airplanes to go somewhere instead of nowhere. Read in Fortune: ‘Flights to nowhere: The psychology behind the Covid-era travel concept’ And the wait has been made more grating by the complete absence of certainty. Even if we do get a vaccine, will it be safe? Will we ever really trust each other’s touch again? Hello Google? “Sorry, I don’t know the answer to that.”

We were getting ready to write off the year. But November brought hope. We had one last chance to fish out some clues about the future of the world. The world’s most powerful country was choosing its new leader.

The US presidential election is a lodestar that the world turns to every four years for a sense of direction. In a year that saw the Olympics cancelled, it is by far the most followed global spectacle. A quick, clean, decisive outcome here would have had a cathartic effect on the world. We could all have breathed again (albeit into our masks).

Instead, we got more wait.

Here were the top headlines on The New York Times on November 4, the day after election day:

“Election turns into nail-biter that may extend for days”

More “uncertainty”? More “patience”? Are you kidding me?

Two days later, it’s still groundhog day. Some states are still counting votes. A flurry of lawsuits means it is still impossible to know when this will end. The fate of the free world is still in limbo. And Twitter is overflowing with memes carrying various versions of the same appeal: dear America, decide already.

I don’t understand US politics, and I don’t care. As a citizen of the global south, I am much more interested in the state of democracy in Ethiopia AP News: ‘Ethiopia near civil war as PM sends army into defiant region’ or Nigeria. Read OluTimehin Adegbeye’s newsletter: ‘Nigerians are being murdered’ I refuse to contribute to the hype around an absurdly convoluted and compromised election in an arrogant country that deserves the mess it is in.

Those are some of the things I told myself as I defiantly decided to sleep rather than join a "US election night watch party" with colleagues on Zoom.

But as I woke up late here in India on November 4 and walked groggily to the drawing room, the first thing I found myself asking my wife was: “Has Trump won Florida?”

Every four years, people like me end up confronting the same question: why should we give a hoot about the US elections? What’s in it for us? Hating on the US and declaring its demise has become yuuge in the past four years. And yet, here we are again. Obsessing over barely intelligible words and ideas – “SCOTUS”, “mail-in ballots”, “flipping battleground states”, “STOP THE COUNT”.

Except this year, pardon the cliche, isn’t like any other. In another election year, our (grudging) interest in who takes the White House could have been explained by the same legacy factor: like it or not, the US is still boss. Nobody can afford to ignore who rules there, period.

But this is 2020. Simply getting to a result is almost as important as what the result is.

Two days before the election, the journalist Alex Williams described 2020 as “The year of blur – a year so momentous [that] also feels, in a way, as if nothing happened at all.” Read the piece in The New York Times here

We had the virus, wildfires, deadly floods, uprisings against state brutality. But watching all these events come and go while staying shackled to our desks and screens stripped them of their realness and reduced them to a surreal showreel. Time and space became viscous.

As we draw an ever smaller and tighter ring around ourselves, sameness settles on us like a second skin. Our sense of time, otherwise punctuated by reliable rituals such as commutes and Sunday brunches, has been pulped. Did I start writing this today or yesterday? Does it matter?

“Sheer monotony has the ability to warp time and tangle our memories, psychologists say, with quarantines and lockdowns robbing us of the ‘boundary events’ that normally divide the days, like chapters in a book,” Williams explained.

As we draw an ever smaller and tighter ring around ourselves, sameness settles on us like a second skin

It’s almost as if we were set up for this moment – and set up to fail. Just when we were hitting peak "there’s an app for that", we discovered that in fact, there wasn’t.

“Everything feels slow when you get used to on demand, like habitually using an electric bike and then, once in a while, cycling on a normal bike,” The Correspondent’s creative editor Yara van der Velden told me as we chatted about this piece.

There we were – two people sitting 5.5 hours apart, she in Amsterdam and I in Delhi, using instant messaging to make sense of a time warp, and both hoping that events in a third country would unfold at a pace of our choosing – like pressing the 1.5x, 2x, 2.5x button on a podcast app.

How to survive the wait

In 1987, management gurus conjured a new way to describe the modern business landscape. They called it VUCA: volatile, uncertain, complex, ambiguous. In 2020, everything is VUCA. And neither science nor politics has answers.

If this is the reality we’ve been handed, how can we make it a little more bearable? How do we make peace with slowing down and waiting? Read my colleague Lynn Berger’s piece ‘Life is moving faster than ever, yet we spend just as much time waiting’

Some of us used the very tiger that we rode coming into 2020: technology. In March – when Miami was still making news, but for its beach parties defying physical distancing – Shweta, a member of The Correspondent from India, found an app that let her make pen pals and mimicked the sloth of snail mail. Explore the app SLOWLY here

But there are analogue ways to cope with waiting too. The futurist Amy Webb shared one recommendation in a newsletter where she admitted to being sleepless with anxiety over the aftermath of the elections: curb the itch to predict what might happen tomorrow and hunker down on the essentials that need your attention. Read ‘How futurists cope with uncertainty’

Webb underlined that it’s okay to feel jittery about uncertainty. "This feeling of anxiety – which let’s be honest, no one enjoys – can also be a powerful force for good. It empowers us to take action on our futures." Read my column on this subject: ‘The coronavirus is reminding us that anxiety is good – as long as it doesn’t turn into panic’

“Your goal right now isn’t predictions," she added. "It’s preparation for what comes next.” She advocated "incremental action" instead of grand, energy-sapping plans. Depending on who you are, that could mean using this time to organise and strategise for the world you want to see when the fog lifts.

Incremental action is also redolent of a way of life our Better Politics correspondent Nesrine Malik argued for in her pre-election day essay Read ‘The future of America is not decided on election day. It’s decided every day’ that I have now read half a dozen times. As much as we want to see concrete results and big banner headlines proclaiming things with finality, expending all our energy on a single event will only create "a fake sense of urgency [and] an unnecessary sense of disempowerment," Nesrine wrote.

"What determines the future of the United States, and indeed, the world at large, occurs in the everyday. It happens not on voting day on Tuesday, but on Wednesday, and every day after that, until the next election."

Personally, I am taking heart from the fact that even those who are trained to master the vagaries of the mind aren’t immune to feeling helpless right now. “Would you believe it? For the first time in my life I bought a planner this year,” laughs Nitasha Borah, a psychotherapist in India. “It’s not as if uncertainty has not existed before, but we were never so hyper-aware of it.”

We can borrow some lessons from addiction treatment, Borah tells me. It is often said that there is no cure for addiction. It is a lifelong condition that just has to be managed. That’s also a gruelling uncertainty, a wait playing on loop. Nobody can guarantee when, or whether, recovery will happen. “So addiction therapists have a concept called ‘one day at a time’. We plan, but we plan for today, maybe tomorrow. Focus on the little things we can control.”

“Life is not waiting, even if we are,” she adds. “Nature is taking its course, we are ageing. We are waiting for a specific thing – the end of Covid, an election result – but life is moving on. You have to participate in life in whatever small way you can. Choose what you can participate in.” 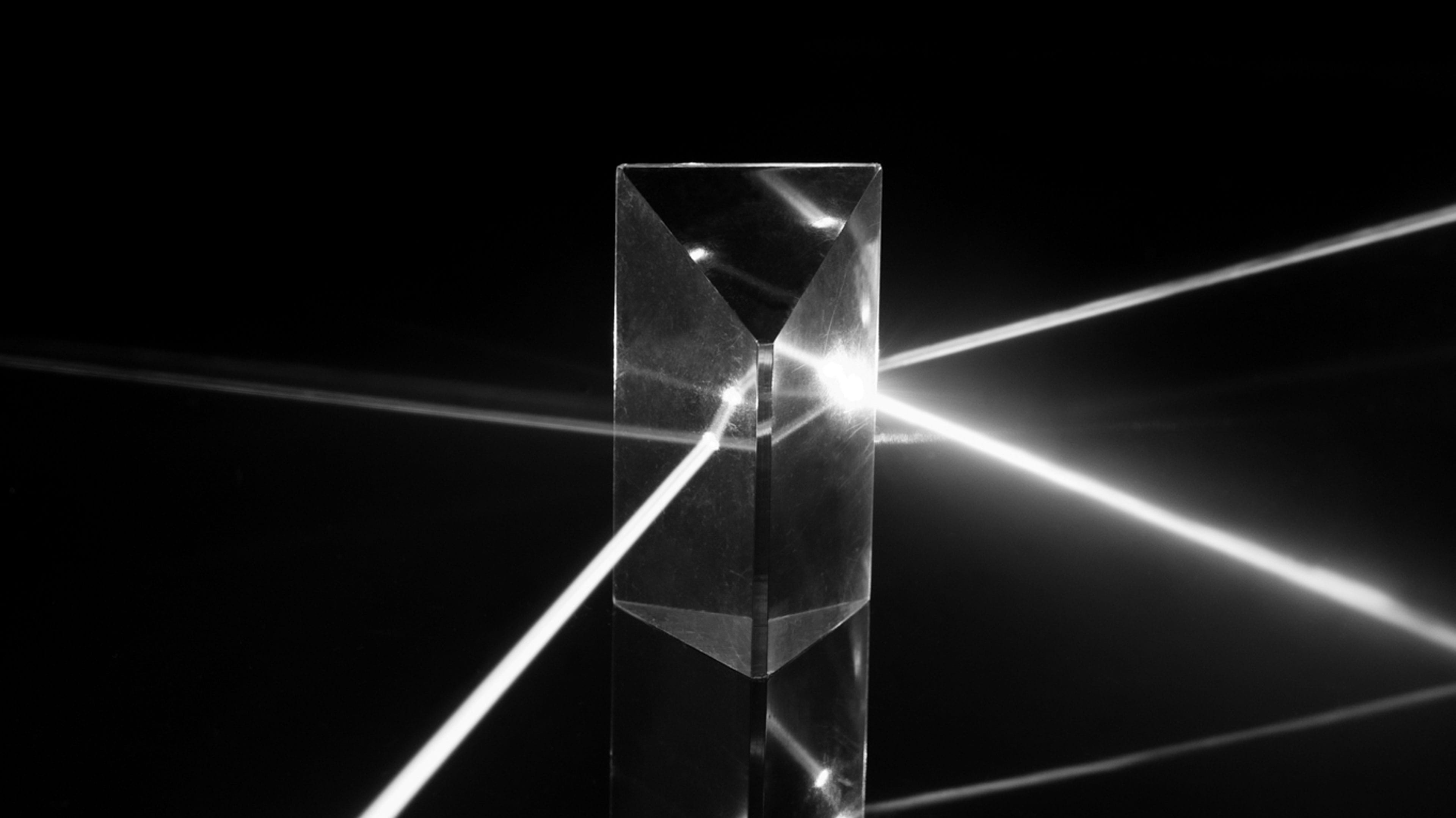 About the images "Good Luck with the Future" is a visual journey of infinite paths with a critical starting point and an uncertain destiny. Dani Pujalte and Rita Puig-Serra Costa started this journey as an exploration of how our generation lives and feels the future, and finished in an attempt to discover how we perceive it. The project is about what could be and what will be, even if we do not know yet. It’s also about what will never be, and what has been suddenly without our expecting it. (Yara van der Velden, image editor) See more work 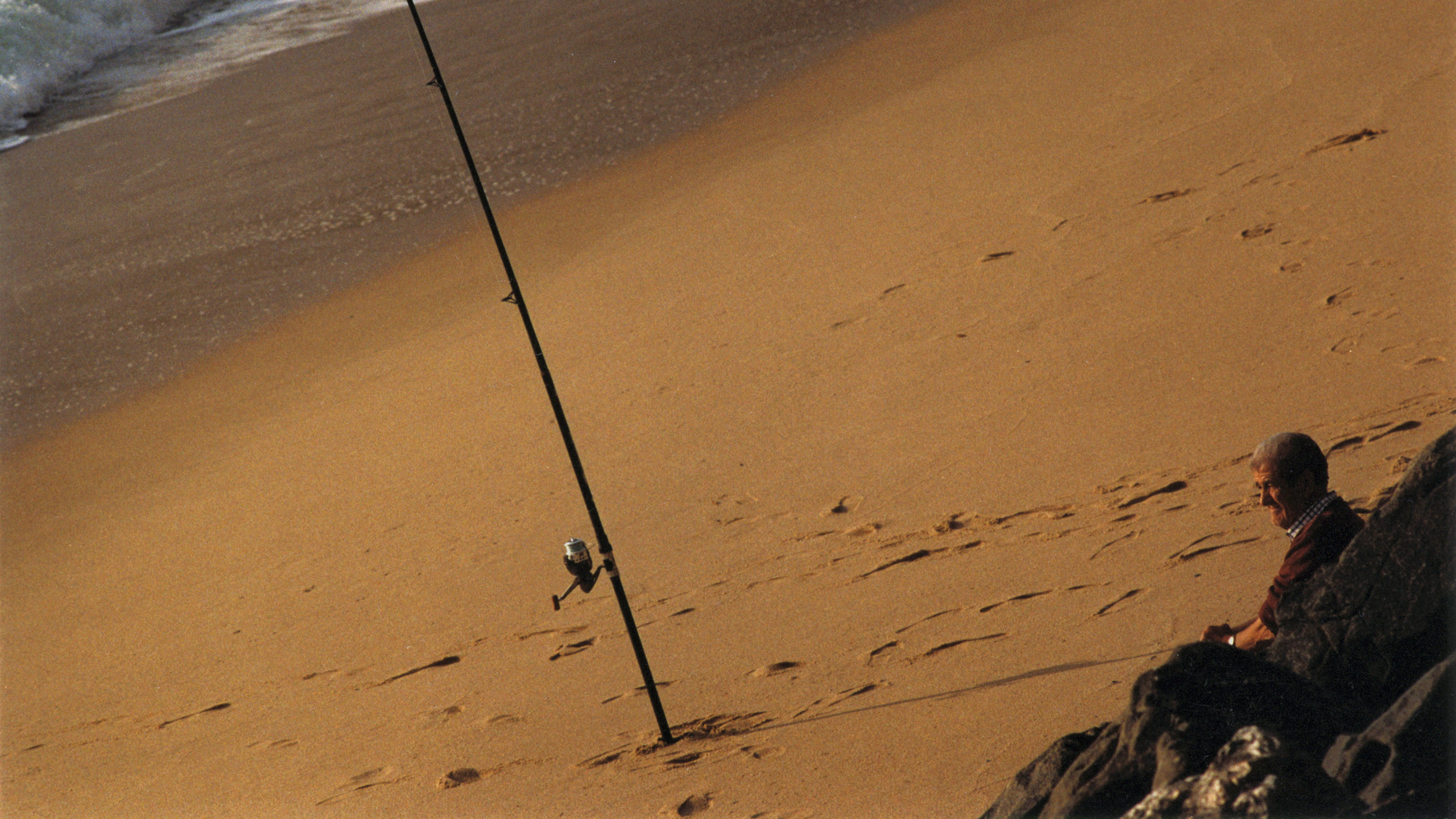 Life is moving faster than ever, yet we spend just as much time waiting We spend much of our daily lives waiting. While it’s said that patience is a virtue, being forced to wait is one of life’s most intensely frustrating experiences. The good news: seeing time as something we share instead of something that can be taken from us, turns waiting on its head. Read Lynn Berger’s article here

Help shape my work and stay in touch Subscribe to my weekly newsletter where I dismantle myths around Sanity, discuss the best ideas from our members, and share updates on my journalism. Sign up now!