From the series 'Colonial Garden' by Alvaro Deprit, made in a garden with 600 species of exotic trees and plants from various regions of the world, mainly from the former Portuguese colonies. You can read more about this project at the end of the article.

I was walking up the High Road in East Finchley one drizzly London afternoon when I saw it. There it was in the charity shop window, nestled between a porcelain tea-set and a pair of gently-used brown brogue shoes. Khaki-coloured, with a dark leather strap across the brim: a pith helmet.

On whose head had this pith helmet once sat, I wondered? What part of “the conquest of the earth” – which the protagonist in Joseph Conrad’s Heart of Darkness explains “mostly means the taking it away from those who have a different complexion or who have slightly flatter noses than ourselves” – had this peculiar hat been a party to?

And who was supposed to purchase it now, in 2019, and for what purpose? For a costume party, perhaps? Or to serve as an ornament? What kind of ornament could such an item make? In what way could this emblem of empire serve as someone’s decoration? Could it help a person feel more comfortable in their own home? Was it expected that this item would provoke horror from potential buyers, or nostalgia?

The pith helmet is a symbol of colonial “exploration” and expansion, but its practical purpose is not particularly well remembered. It was worn by soldiers, policemen, administrators and settlers as a means of protection from the tropical sun. According to respected Western medical science of the time, tropical solar radiation – particularly the dreaded “actinic ray” – posed a grave threat to the central nervous systems of white people. Exposure, it was believed, could lead to infertility, depression, laziness and a host of other ailments.

In European and American culture, the pith helmet is sometimes still used as a symbol of adventure and daring. But in fact it was designed and worn in order to assuage fears about the vulnerability of white bodies in the colonial world.

On the day I saw the pith helmet in that shop window, the item’s social history and layered meanings happened to be on my mind. Some months earlier I had written an article about United States First Lady Melania Trump’s decision to wear a bright white pith helmet while on an official visit to Kenya. Read my piece on Al Jazeera about Melania Trump’s choice of headgear for a trip to Kenya.

This chance encounter with a real live pith helmet in the wilds of North London caused me to reflect on how the so-called “colonial past” is in fact so recent that ordinary material objects from that time – everyday stuff such as items of clothing – are still present and readily available.

Debates about colonial legacies often focus on prominent artifacts, such as well-known statues in grand plazas or stolen treasures in national museum collections. For example, students at the University of Cape Town who were frustrated at the continued influence of colonial structures in their education (and in South African society more broadly) found that these frustrations coalesced powerfully around the statue of the notorious imperialist Cecil Rhodes that stood at the centre of their campus. This Guardian article explores the student protest and the deeper implications for South Africa. In April 2015, the #RhodesMustFall movement achieved the removal of the statue, and catalysed a deep debate around ongoing white supremacy and class exploitation two decades after the end of formal apartheid.

There are many other examples. Think of the Benin Bronzes, or of the skulls and other human remains of Nama and Herero people killed in Germany’s first genocide (1904-1908) returned to Namibia last year Read this BBC article about the return of the skulls of Namibian genocide victims. having been kept in German universities and museums for over a century. For good reason, objects like these have been central to framing demands for justice and to processes aimed at righting colonial wrongs.

In the celebrated heist scene Watch the museum heist scene from ‘Black Panther’ on YouTube. in 2018 film Black Panther, Michael B. Jordan’s character, Killmonger, challenges the white curator at the “High Museum of Art” about the African holdings.  “How do you think your ancestors got these?” he asks. “Do you think they paid a fair price? Or did they take it… like they took everything else?”

The question of such high-status objects remaining in Western collections has entered mainstream popular consciousness. These objects have become the special focus of much anti-colonial longing, and not only because of their specific qualities and provenance. The deep social and cultural entanglements of colonialism cannot be reversed. The economic and political structures that reproduce colonial injustices are complex and defy easy fixes. The straightforward demand for the return of stolen treasures holds an especially profound appeal in these circumstances. This article from Artnet News explores the debate on African art restitution.

But the material traces of colonialism are everywhere. If you look carefully, you may find these traces in private homes and out-of-the-way places, not just in major national spaces. How do we notice these signs and objects, and what does it mean if we ignore them, or simply get used to them, allowing them to become part of the background of everyday life? What truths about the past do they evoke? Or are they rather small markers of deep histories that have been conveniently forgotten or suppressed?

Should the pith helmet be reclassified as junk?

The pith helmet in the window of the charity shop posed lots of difficult questions about colonisation and how it’s remembered across and between different generations. Waiting for a prospective buyer among assorted bric-a-brac, its use and status was uncertain. It offered a point of connection to the past, but to what end?

To keep an object like that as a domestic ornament, I think, is fundamentally about weaving a celebratory story about empire into the fabric of personal domestic space.

So should the pith helmet instead be reclassified as junk to be disposed of like any other item of ordinary waste? Destroying such a potent symbolic object might feel good. It could feel like striking a small blow against the colonial system and its apologists. Much would depend on who got to destroy it and how. There are rich possibilities for meaningful ritual here.

But if the pith helmet evokes shame and guilt and a specific history of white supremacist paranoia, can it really be said to no longer have any value? It may be irresponsible to destroy such an object when it can be used to convey something about the intimate, embodied experience of colonisation.

This is the hat you wear if you want to dominate and exploit peoples you consider inferior, and your greatest fear is that you might hurt yourself in the process. There it is in the window. 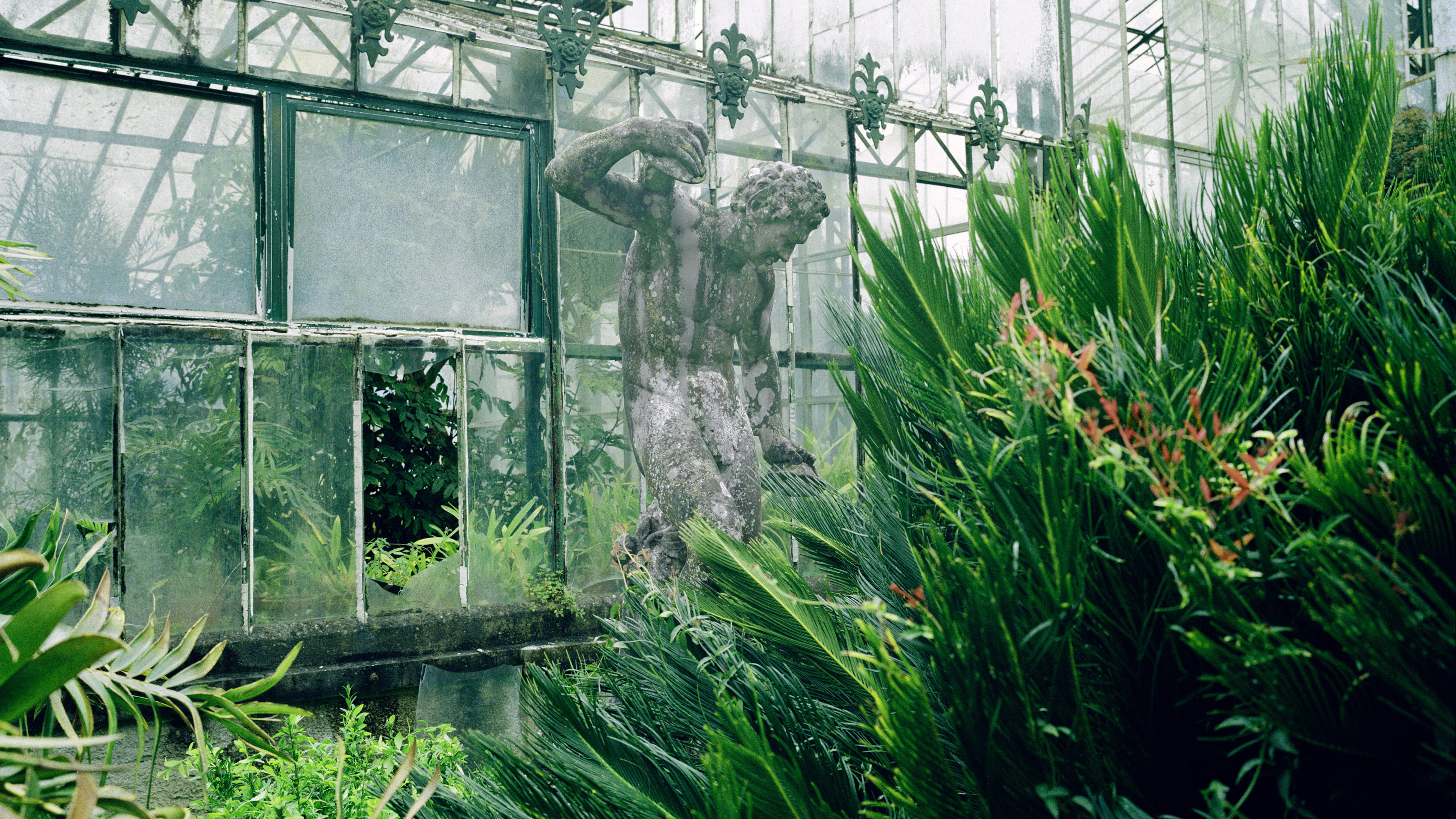 About the images The Colonial Garden in Lisbon, now called the ‘Jardim Botânico Tropical de Lisboa’, was founded in 1906. Here you can find over 600 species of exotic trees and plants from various regions of the world, mainly from the former Portuguese colonies. In his series ‘Colonial Garden’ Alvaro Deprit captured the stark contrast between the beauty of the garden and the past it contains. These landscapes carry the past beneath their surface, concealing memories of a particular age, of something that has happened – even if you barely see it at first glance. (Lise Straatsma, image editor) See more work by Alvaro Deprit 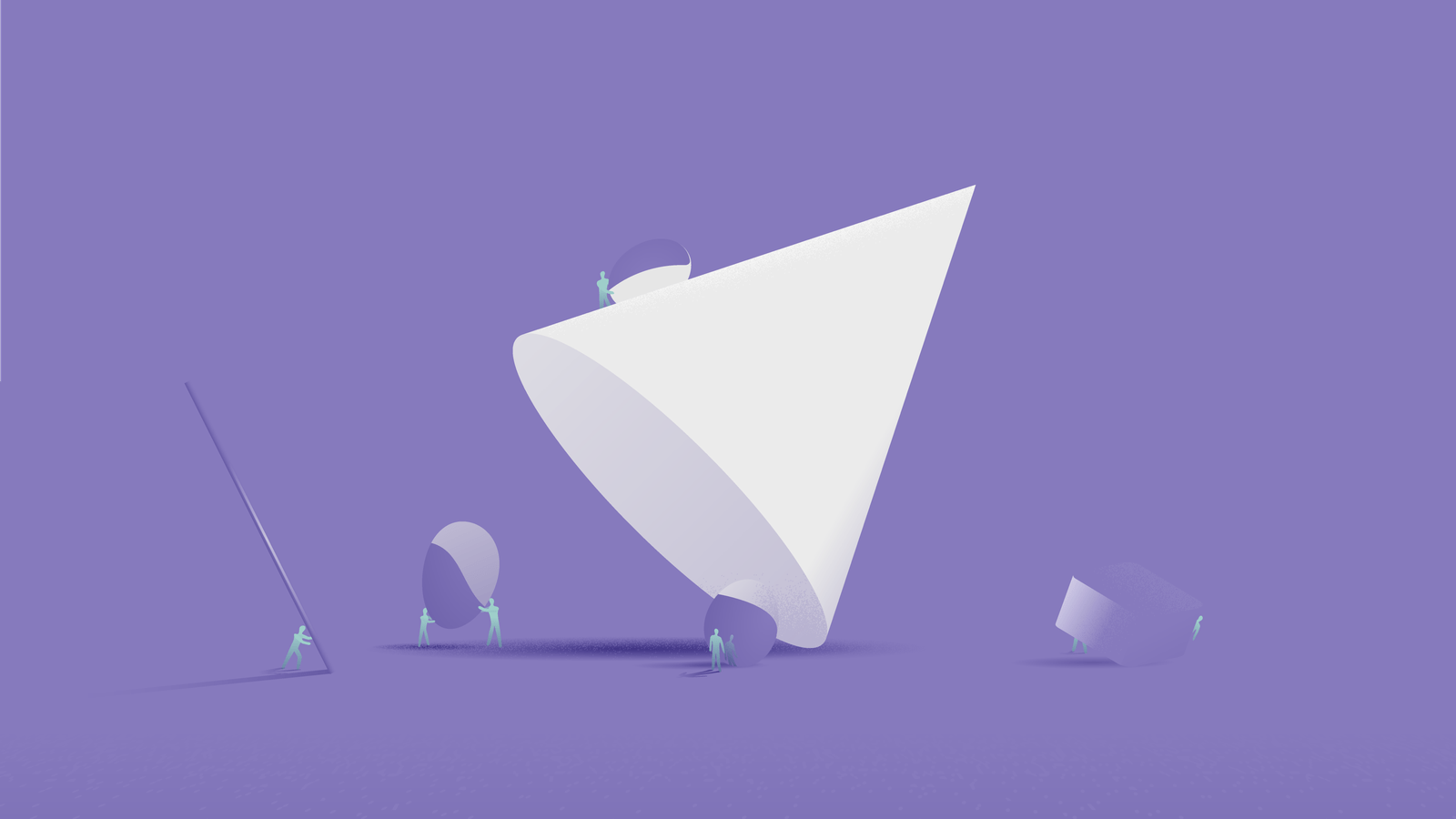 Noticed any colonial street names? Naming a street after a person is not only an act of commemoration, but an act of celebration. Take Kitchener Road, near my brother’s apartment. Horatio Herbert Kitchener (1850-1916) was a notoriously brutal military officer of the British Empire, working across Palestine, Egypt, Sudan, South Africa, and India. During the Boer War he innovated the use of concentration camps in order to detain Boer civilians. I don’t like the street sign, but it serves as a reminder of London’s long historical entanglement with a global history of colonial domination. Help me find more examples of everyday colonialism like this. Share the street name or a picture here