Today is World Mental Health Day. Our engagement editor Imogen and I debated long and hard whether we could bring our members something different from the usual Twitter chats, Insta stories, and "10 myths about depression". We realised that it’s really difficult. 10 October, which started as a solemn, even sombre reminder to listen to our inner voices, is fast becoming a cacophony. We didn’t know how to add value in this din.

A couple of days ago, I saw a few tweets from a mental health organisation in India that added to this feeling. The tweets contained some difficult questions about the flood of content on the Internet today. Who is this day for? What is its purpose - spreading awareness or virtue signalling? Can the marginalised ever find representation in the cause-a-minute world of social media activism? Will the theme of the year – suicide prevention – push us in the media to educate ourselves and make our reporting more sensitive, or does reducing it to a hashtag mean the floodgates will open for more dehumanising, sensationalist reporting on suicide?

I don’t want to suggest that the explosion of content around mental health is a bad thing in itself. Given the cavernous ignorance that still exists on the subject, I will take noise over polite silence any day. But I share in the worry that mental health could end up becoming a contest for "brownie points".

What am I, as a mentally ill writer and novice activist, doing about this? Let me tell you a story. A couple of days ago, a member of The Correspondent pointed out to me that in my mission statement, I had used the words "successful" and "failed" to describe suicide attempts. This was wrong. I should have used "fatal" and "non-fatal", as recommended by the World Health Organization’s guidelines on suicide reporting. "Successful" and "failed" convey the sense that suicides are some kind of pageants to be won or lost. I knew this, but failed to be careful. I thanked the member for alerting me, but have resisted the urge to quietly edit the copy to correct this error, so that it remains a standing reminder for me.

Earlier, our managing editor Eliza had taught me that the instinctive description of depression as a "dark" or "black" feeling is not OK because, of course, it has racist overtones. Just like that, I woke up to the egregious unfairness of calling every bad thing in the world "black". Mental health is an intersectional issue. Violent, oppressive narratives - of which casual racism is an insidious example - must not be allowed to sneak into any space that calls itself safe, where human dignity is supposed to be paramount.

These episodes made me feel extreme guilt, but they have also made me more resolute. I take pride in using language right. In India, where I live, I often fight with reporters and editors for insensitive stories on mental illness and suicide, using words like "committed suicide", which deepens the stigma and criminality associated with suicide. Now, in just 10 days since the launch of The Correspondent, I have learnt two lessons that prove I still have much to learn and be vigilant about.

So go ahead, write that blog. Post that tweet. Share that picture on Instagram. Just remember that words have real power. If there’s one thing I am chanting to myself on this World Mental Health Day, it is this.

If any of the issues raised in this piece resonate with you or someone you know, please know you don’t have to suffer in silence. Seek help. 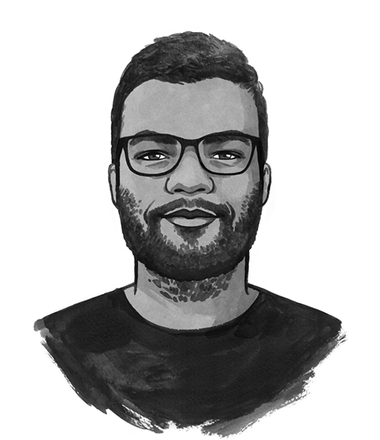