Seven years ago, I said something a lot like that in reference to racism, convinced that it was the right thing to say. Now, seven years later, I’m ashamed to read my words again. And when I hear someone else say it, I’m filled with shame on their behalf.

This piece is an attempt to summarise what I learned from them. Nothing in this article is intended as accusation or censure, but if it feels like that anyway, there might be good reason that it is. I felt attacked too when it came to racism, and I now see that was part of the problem. If your response is to feel irritated or defensive, ask yourself why that is. The answer may be illuminating.

If you don’t feel attacked, it’s probably because, as astronomer Neil deGrasse Tyson puts it: “Since the Universe has no centre, you can’t be it.” In simpler terms: you understand that the world doesn’t revolve around you. And you understand that not everyone experiences the same reality as the one you happen to be in.

That right there is also the most important lesson I learned from all the conversations I had: that we can all live in the same world and at the same time be living on totally different planets.

The difference between those planets is still largely determined by skin colour, ancestry, gender and sexual orientation. Not completely, not as much as it used to be, not to the same degree everywhere – but still to a significant extent. And if you just so happen to be white, non-minority, male and heterosexual, there’s a good chance that you have no idea this is the case. Conversely, if you’re black, immigrant, a woman or queer, you have no idea how someone could possibly overlook it.

The mutual frustration that this results in is referred to as “the racism debate”.

One of the most important insights I gained was from OluTimehin Adegbeye, our Othering correspondent Read OluTimehin’s pieces here in Nigeria. She explained to me that racism isn’t so much about how I see her, what I think of her, or how I interact with her – although racism does indeed manifest in people’s attitudes, opinions and behaviour.

But those attitudes, opinions and behaviours are only symptoms of racism. Racism itself, as OluTimehin explained, is a system. Read ‘What racism really is (hint: it’s not your attitude or belief)’ A system that produces and maintains a certain social hierarchy, with people like me – white, man, straight – at the top and people like her – black, woman, queer – at the bottom.

That system, not my worldview, attitude or behaviour, is what Black Lives Matter is protesting against. When left to its natural course, the most likely outcome of this system is that OluTimehin works for me instead of the other way around.

“A world in which no one is racist can still be racist,” she summarises succinctly, “as long as the system that produces the hierarchy still exists”.

Racism may be systemic, but nothing about it is inevitable or predetermined

You can imagine this hierarchy as follows:

I’m a white, heterosexual man. I was born in the Netherlands, as the child of two white parents who both earned a good income. I went to a good school and then I ventured into several different courses of study, eventually graduating with a degree in the field I was sincerely interested in. After that, I got a good job at a respectable newspaper, where I left after six great years due to an ideological conflict. I decided to start my own company, calling on my network to help me get it off the ground. Six months later, I went on a well-known national TV show and launched a crowdfunding initiative that brought in the seed capital it took to establish the journalism platform that you’re reading now.

None of that was because I am a white, non-minority, heterosexual man.

In other words, if I were a black man, it would have been significantly less likely for me to have become the founder of The Correspondent.

The crucial word here is, as you may have noticed, likelihood. Because racism may be systemic, but nothing about it is inevitable or predetermined. Just because you’re black, immigrant, a woman, or queer, or all four at once doesn’t mean that it would have been impossible for you to establish The Correspondent. Racism simply means that you would have been much less likely to do so than someone like me.

If life is a casino, then racism is:

A white man goes to the casino with $100 in his pocket, greets the doorman, exchanges his money for a hundred dollars worth of chips, and puts them all on number 24 at a French roulette table, where he has a 1/37th chance that the ball will hit his number.

A black man goes to the casino with $90 in his pocket (because he earns a little bit less), gets a pat-down from the doorman before entering (“standard procedure, sir”), exchanges his money for $80 worth of chips (“exchange rate and commission”), and puts them all on number 24 at an American roulette table, where he has a 1/38th chance that the ball will hit his number (because there’s an extra 0 on the roulette wheel).

There are no racists working at the casino.

At the top, every pyramid seems flat

The second most important insight I gained is that it is extremely difficult to imagine that a social hierarchy like this really exists when you’re at the top of it. Looking down from the top, every pyramid seems flat. And that includes the historically accreted, socioeconomic pyramid that is our society.

It does mean that you can afford not to see it.

I arrived at this insight thanks to Eliza Anyangwe, Read Eliza’s writing here our managing editor at The Correspondent, when we were discussing why colleagues sometimes perceive her as dominant, insensitive and bossy but don’t perceive me in the same way – even though we usually share the same opinions, say the same things, and advocate the same policies.

The answer: because she behaves more dominantly, shows less vulnerability, and initiates debate more often than I do.

But another, equally important part of the answer: because I can afford not to.

As a white, heterosexual man, I’m the default. If I were to become CEO of a major airline, the newspaper headline would read: “Rob Wijnberg appointed new airline CEO”, not “Man appointed new airline CEO”. If I started dating someone, people would say: “He has a girlfriend”, not “He came out of the closet”. If I played a part in a movie, the script would read: “Man walks into room”, not “White man walks into room”.

But if you’re not the default, because you’re not white, or not a man, or not straight, or not non-minority, or all of the above, then these things are not effortless or automatically granted at all.

The result: if you want to be seen, heard, or taken seriously, you first have to draw attention to yourself, claim your authority and demand your turn – and when you do, there’s a good chance that you will eventually be called “bitchy”, “angry”, “demanding”, “pushy”, “melodramatic”, or some combination thereof.

Sure, you could decide not to put yourself forward too much, but that also means you’re less likely to get attention, less likely to be put in positions of authority, and less likely to be acknowledged as right – which in turn means: lower salaries, fewer promotions, less airtime, and fewer seats at the table.

Women in leadership, activists of colour, gay men on a Pride boat: “Sounds about right.” Read Lynn Berger’s ‘What is it like when people like you aren’t listened to? This author knows all about it’

So you convince yourself that all your advantages in life can be attributed solely to your own efforts.

And eventually, you’ll start thinking that you don’t really have any advantages at all.

You’ll start thinking that racism doesn’t exist because you don’t experience it.

You’ll start thinking that colour doesn’t matter because you don’t see it.

So life is unfair, the cookie crumbles unevenly, and the people who benefit most are blindest to their advantages and have the least interest in changing it?

But what does any of that have to do with me, you may be wondering at this point. It’s not like I can do anything about that, right? It isn’t my fault, is it?

The good news: hardly anyone blames you for any of this – even if it may sometimes feel like they do. Almost no one is blaming you for slaves you never had, for colonising countries you’ve never visited, for perpetrating violence you never committed, for discriminating against people you never met.

There are very few anti-racism activists that embrace the Christian concept of original sin and even fewer who propagate the concept of individual guilt based on skin colour, ancestry, gender and sexual orientation. And that’s a good thing.

But here’s what people are saying: that there are still massive collective disadvantages based on skin colour, ancestry, gender and sexual orientation – and that this deprivation will not change if we collectively continue to pretend that this is not the case.

Because you can’t help solve a problem that you don’t acknowledge.

More acknowledgement of the problem.

The racism debate really isn’t a debate at all. Nor is it an accusation. It’s certainly not a cry for precedence or pity

The racism debate really isn’t a debate at all. Nor is it an accusation. It’s certainly not a cry for precedence or pity. It’s not even an attempt to shut you up or “take away what’s yours”.

It’s merely the desire to be able to go to a casino with the same amount of money in your pocket, have the doorman greet you in the same way, get the same number of chips for your cash, and have the same chance of winning at roulette as anyone else.

But who all fail to ask themselves why they need books to explain all that.

I was one of them.

So we’re not there yet. But seeing the problem is a good step in the right direction.

Translated from the Dutch by Joy Phillips 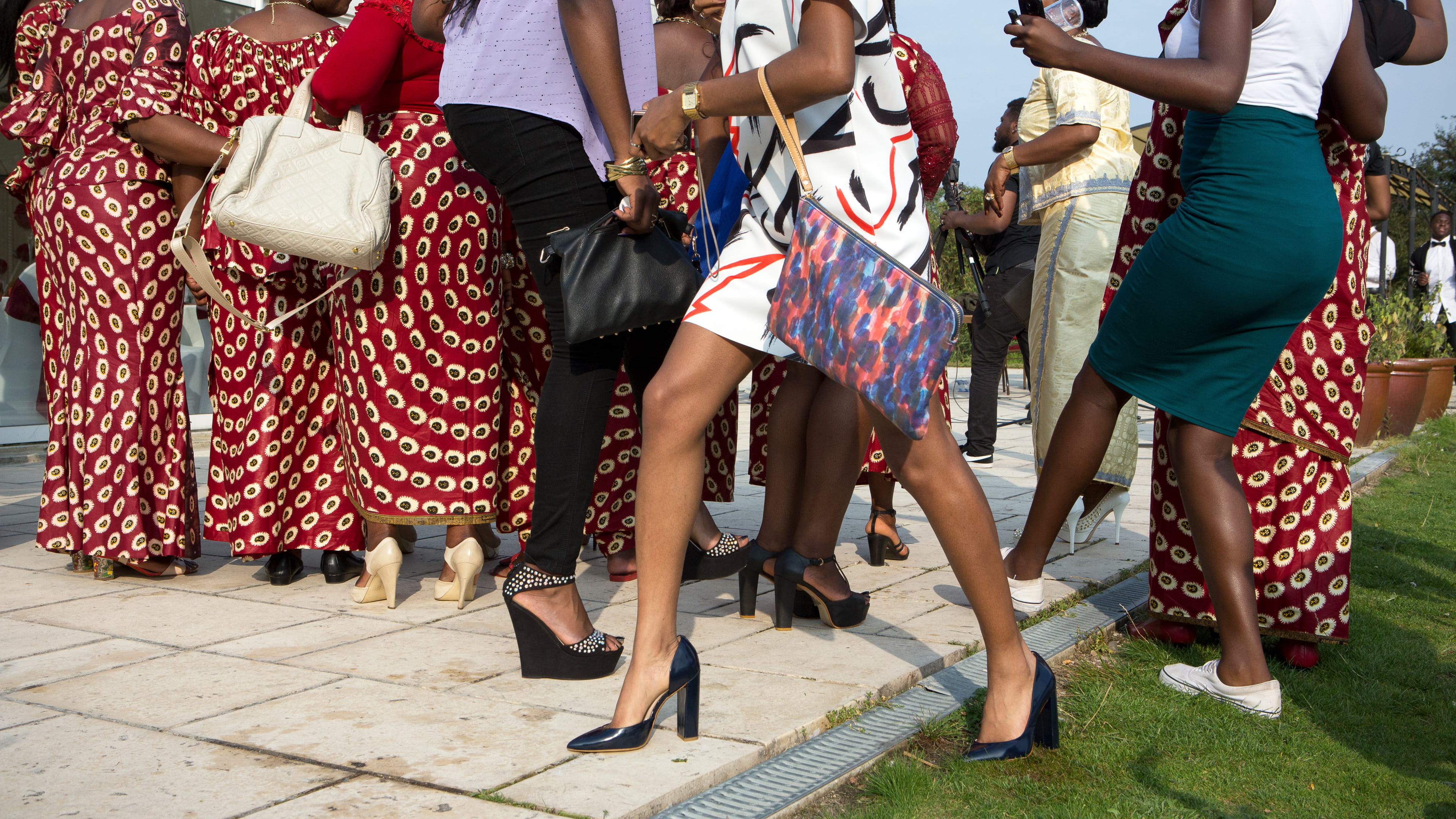 What racism really is (hint: it’s not your attitude or belief) Our obsession with racist attitudes can obscure the fact that racism is a system, devised to justify slavery, with a hierarchy that still defines the value of our lives today – that’s why you can be racist without being a racist. Read OluTimehin Adegbeye’s article here 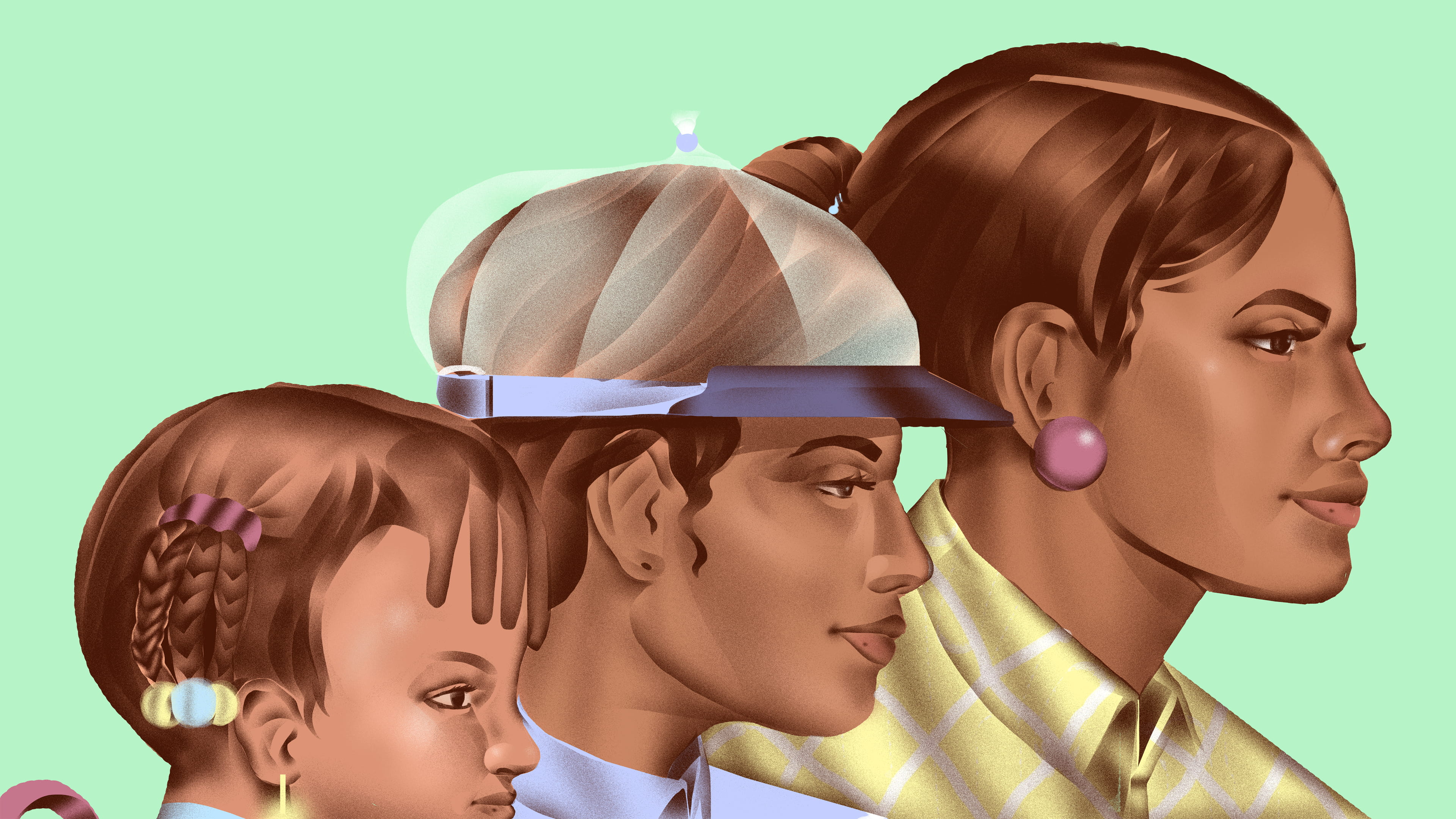 How 50 years of racial progress fuelled a global movement against racism Protests against racial injustice are nothing new, but they’re different this time around. The Black Lives Matter movement is a response to worsening racism, but it’s also the result of black people’s increasing power, influence and progress. Read Nesrine Malik’s article here