My heart nearly broke the first time I realised there might be more to jellyfish.

I was walking on a beach in North Carolina, careful to avoid stranded jellies, when I noticed something remarkable: under each one was a small, cowering crab. The type of crab was confusing for me. As a marine biologist, I knew this species didn’t normally come ashore. So why were they high and dry, and only under jellyfish?

It turns out, they live out their lives riding on single jellyfish, caring for and cleaning the jelly, which in turn gives them protection. I scooped as many jellies and crabs as I could back into the water. While most tourists on the beach that day went about indifferently, I was getting a first-hand look at an aspect of jellyfish that few people know about: a jellyfish provides a living habitat, while itself living in a habitat. A habitat in a habitat.

We know relatively little about the ecosystem services jellyfish provide, even though they’re dominant members of many ocean habitats. Worse still, they (and other soft-bodied animals) are often hated by humans, ans their value to the ocean’s ecosystems ignored.

Instead of earning our respect and interest, jellyfish-killing machines are being deployed all over the world – literally. These can vary from autonomous shredder drones to meat grinders towed by ships.

I get it – jellyfish can suck

Listen, I get it: jellyfish can ruin a beach vacation. They sting people (it doesn’t matter that the stings aren’t meant for us, but for prey). They clog fishing nets. They have on occasion cut off the power supply to nearly 40 million people, as happened in 1999 in the Philippines, when a bloom of jellies – equivalent in size to 50 truckloads – was sucked into a power plant and clogged up the cooling lines.

And this is far from the only human-jelly mishap. They temporarily disabled a $5bn aircraft carrier when they were sucked into the engine. Ships have been sunk by jellyfish in their nets.  Jellies have helped contribute in part to the collapse of fisheries industries in Namibia and the Red Sea.

In other words, jellyfish are causing trouble all over the world. Not only that: they’re a symbol of environmental decline and our destruction of the oceans.

So when studies suggested that jellyfish numbers may be increasing globally (a claim partly due to flawed methodology), it’s really no surprise that the mainstream media reacted with a storm of hatred. We read about nightmare-inducing jellyfish burgers (the only thing we’ll have to eat once their takeover is complete, allegedly), and panicked headlines like “What you need to know about the coming Jellyfish Apocalypse”.

Fox News interviewed me about my opposition to autonomous jellyfish-shredding drones, You can watch the interview here in a programme segment entitled “Jellypocalypse”. Jellyfish turn out to be among the only live animals that can be chopped up on an industrial scale without anyone blinking twice. Like roaches, we picture them as the last animal survivors in a world utterly destroyed by humans. Their public image has suffered accordingly.

But what jellyfish are doing today isn’t new. There was a time, not so long ago, when their value and massive population were celebrated. Jellyfish have become symbols of oceans in decline.

Jelly blooms have been documented for thousands of years. The oldest known Japanese history book – the Kojiki, published in 712 AD –  describes the origin of the Japanese islands as resembling a mass of jellyfish on the surface of the sea. In Polynesian spiritual history, a swarm of jellyfish wrapped around the infant god Māui protects him from danger. Authors of The Natural History of Norway, published in 1755, share a recipe for killing insects by mixing the plentiful bodies of stranded jellyfish with dirt and stuffing the slurry into the cracks in buildings. Jellyfish are regularly consumed as part of traditional dishes in many Asian cultures. They are, in short, part of our global heritage.

We should care when jellyfish are a no-show

When we talk about jellyfish, invariably we mean the jellyfish blooms that are part of their natural life cycle, in much the same way as flowers bloom in spring. Most jellies spend nearly their whole lives – which, in my experience, can be at least a decade long (and counting) – in a form that looks nothing like a jellyfish. This minute larval stage, called a polyp, resembles a bread-crumb sized sea anemone that is harmless to humans.

Polyps live mostly on hard underwater surfaces (including the ever-increasing number of docks and human-made structures). They produce jellyfish only when conditions are right. You wouldn’t know from reading the news, but in some areas jellyfish numbers are actually decreasing. People notice jellyfish at the beaches or near the coast. Flags are waved, lifeguards are warned, news crews come to the scene.

No one cares when the jellyfish are a no-show. But if you feel like you’ve seen more jellyfish, you’re not alone. We’re pushing further and further into their habitat each year. Once muddy coastlines are being converted into beaches, waterways carved into former marshland. This increased occupation of the oceans may skew our perception of the actual jellyfish population numbers.

Many major jellyfish calamities simply couldn’t have happened 100 years ago: nuclear power plants, battleships, large-scale fishing, and mass tourism are all modern inventions. Sailing boats floated right over blooms of jellyfish. Local fishermen knew that jellyfish were  part of the fishing season and planned accordingly. Did mishaps still happen? Sure. Did they make international news? Definitely not.

Nearly everything in the ocean eats jellyfish

Humans may be shocked by the many ways in which jellyfish now interfere with our lives, in one way or another. But other animals depend on them and will suffer from a declining jellyfish population. We’re learning, for example, that almost everything in the ocean eats jellyfish. Endangered leatherback sea turtles travel with large jellyfish blooms year after year. These giants eat jellies exclusively, their mouths are a jellyfish nightmare of inward-facing spines – jellies slip in but never back out.

It’s not just turtles. More typically charismatic creatures such as the sunfish Mola mola or the commercially fished Boops boops eat jellyfish . When jellyfish sink to the seabed, swarms of animals – from crabs and fish to small shrimp and worms – devour the body. Even sea anemones and corals eat the passing jellyfish that drift close to them.

The ravenous combined appetite for jellyfish flesh makes sense. Jellies don’t have a lot of meat on their bones (or meat, or bones), but they’re often easier to catch than fish (if you can get past the sting). A study published last year documented more than 86 fish species that live at least part of their lives with jellyfish – more than 2/3 of these species are commercially important. What jellyfish lack in substance, they make up for in quantity.

Scientists have referred to jellyfish as floating “nurseries”, providing a home for the young of multiple fish species. One Solomon Islander even told me that fishermen actually look for jellyfish when they’re fishing because small fish hide with them. If this is old news for Solomon Islanders, it’s on the cutting edge of western ocean conservation today: increasingly, we understand that the ocean is made up of moving forests.

Unlike land or coastal habitats, the ecosystems of the open ocean can travel. Protecting the oceans means reimagining conservation in three dimensions.

Scientists are proposing open-ocean conservation methods which take this fluidity into account. This includes the millions of jellies and other soft-bodied animals that, like trees on land, are both members of a habitat and are a habitat themselves. It’s not enough simply to block out a shape on the ocean’s surface and designate it as a conservation area, without first gaining some insights into the flow of life underneath.

The three-dimensional landscape of the open ocean shifts with the animals within. If jellyfish sink to the depths during the day and rise to the surface at night, drifting with different currents, they may carry with them valuable reef fish larvae, or the young of commercially important species.

A small floating world in a vast blue ocean

Jellyfish are not a mindless menace. They are not an angry invading hoard. They are part of the ocean landscape. They provide food and safety for countless organisms. Our perception of jellyfish as war-mongering hoards poised to take over the oceans is in stark contrast to the boom-and-bust biology of their natural life cycle.

We are not paying enough attention to the economically and ecologically valuable role of jellyfish in the world’s oceans. To counter the risks we’ve caused, we need first to rethink the tarnished image of the humble jellyfish.

Instead of “Jellymagedon”, imagine this: you’re swimming on the underside of a giant jellyfish. From here, the jelly’s mouth looks like a crystal castle lit up with filtered shafts of sunlight. Small fish swim through the spires, brittlestars cling to the pillars. Sometimes, a large jackfish blots out the sun, guarding this floating haven. Occasionally, small octopuses move in, riding atop the jellies like flags. A small floating world tumbles through the vast blue ocean.

I don’t think you’re ready for these jellies 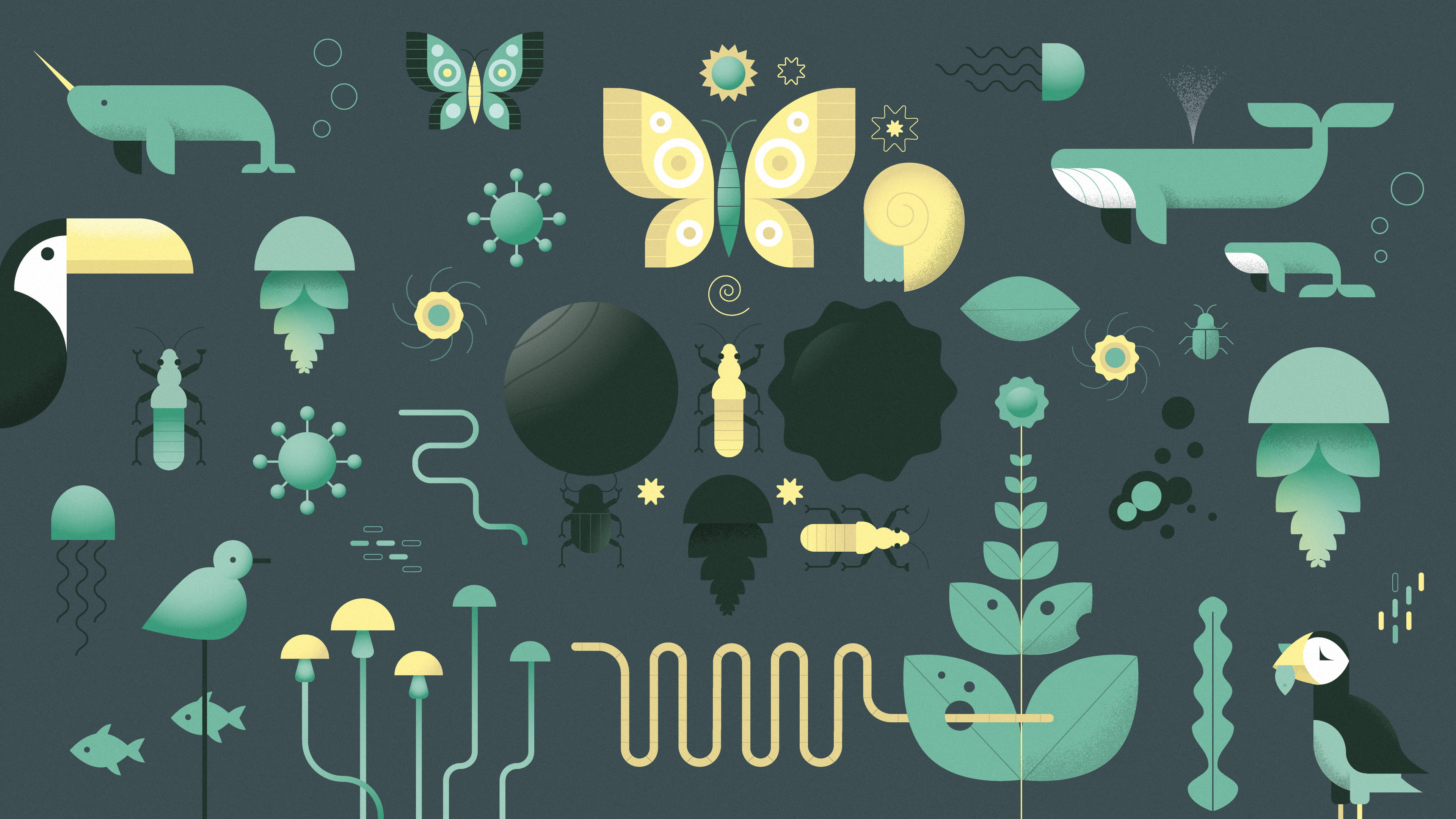 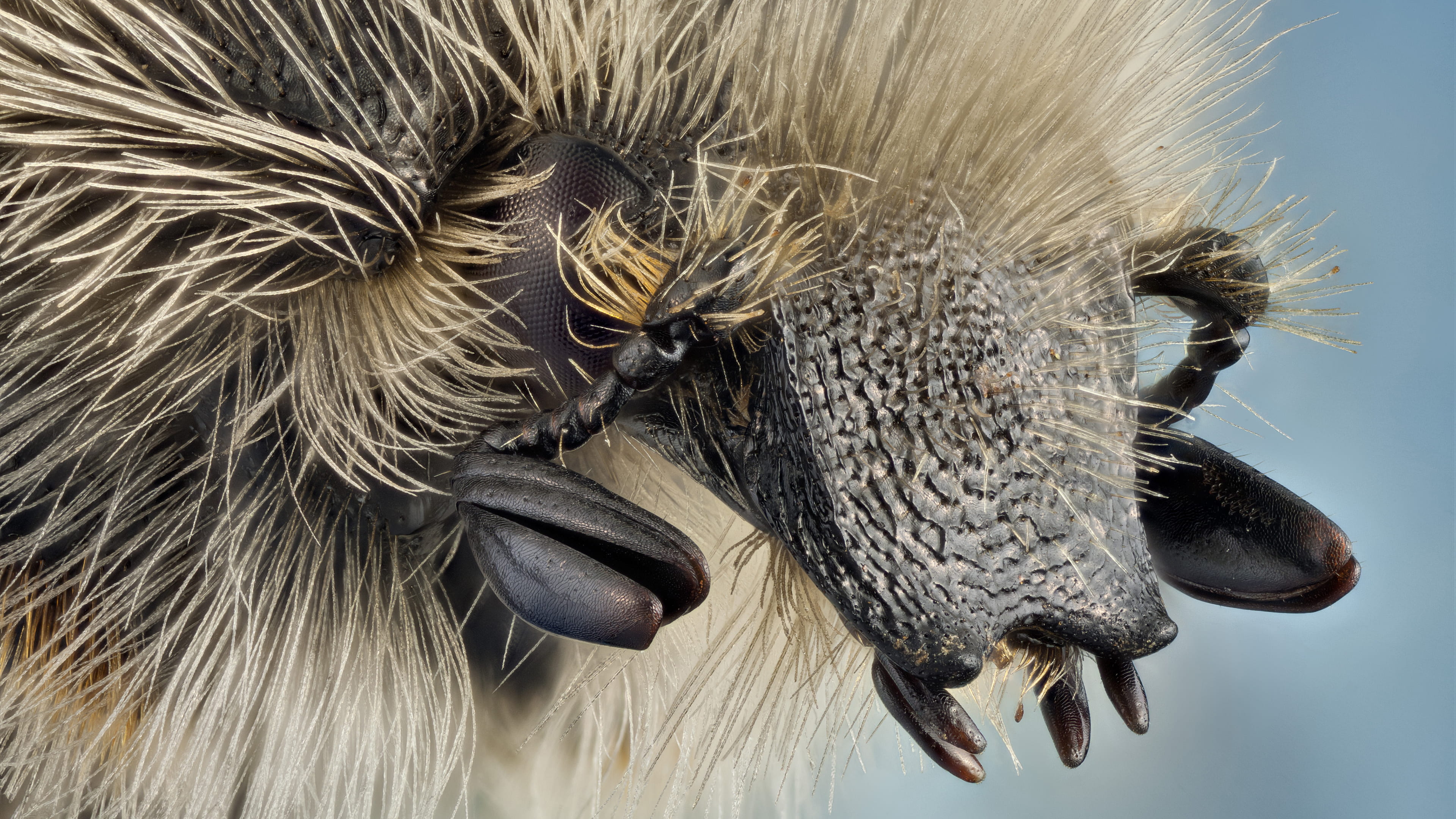 98% of all animal species on Earth have a PR problem. That’s bad news for everyone Insects do all the dirty work. They process faeces and decompose corpses. Plus they pollinate flowers. In spite of this, their image sucks. We need to change that. Because a dramatic decline in invertebrates threatens the liveability of this green planet. Read Tamar Stelling’s article here