"My Empty Belly, 2012" by Elinor Carucci from the series Mother (Prestel, 2013). Read more about Carucci at the end of the article

After the fall of Romania’s communist dictator Nicolae Ceaușescu in 1989, a secret horror tumbled out before the world.

Thousands of children born during the regime were found to have suffered shocking physical and mental distress. Their growth was badly stunted. Their behaviour resembled that of children with severe autism. They didn’t make eye contact. They didn’t talk or smile. Read on The Cut: The Lasting damage of depriving a child of human touch They resorted to compulsive rocking when upset. Some of them had even forgotten how to cry. Read on the Conversation: Ceaușescu’s orphans: what a regressive abortion law does to a country.

Desperate to boost Romania’s workforce, Ceaușescu banned abortions and forced women to become child-bearing machines. The dictator imposed a fee of up to 30% of the earnings of couples over the age of 25 who did not have children. In the ensuing population explosion, a whole generation of unwanted children - 170,000 by one estimate - were abandoned by their families and grew up in orphanages that were woefully short of caregivers.

The absence of nurturing human touch and sensory stimulation wreaked havoc on their bodies and minds.

No other sensory input has as profound an influence on human life as touch – the first sense to develop in the foetus. People who are born blind or deaf can still develop healthy bodies and brains and live rich lives. But deprive a baby of social touch, as happened under Ceaușescu’s watch, and the results are disastrous.

Three decades on, as a pandemic makes touch illegal and at best scarce, the world is suffering a paroxysm of touch starvation. I find myself thinking of Romania’s “lost generation”. Their story is a stark reminder of how many of us take for granted the gift of touch, the most elemental of our senses.

What might we learn about being human if we paid close attention to it?

‘A touch can change your life (or at least your nervous system)!’

The French physiologist Pierre Jean George Cabanis conceptualised life as a series of nervous impulses: “The sense of sight sleeps first, then the sense of taste, next the sense of smell, next that of hearing, and lastly that of touch”.

To feel touch is to be alive. We can close our eyes, plug our ears, pinch our nostrils shut. But we can’t switch off our skin, except as a consequence of disease Read on the BBC: The curse of the people who never feel pain (or the diktat of a dictator).

Perhaps the most iconic tribute to the miracle of touch is Michelangelo’s painting on the ceiling of the Sistine Chapel, showing God bestowing life on Adam. That image isn’t just mysticism. Science agrees that touch really does hold the key to life – albeit it is a relatively new field of enquiry, so we still don’t know exactly how.

Consider the effects of touch on premature, low-birth weight newborns at high risk of infant mortality. When such babies are subjected to regular body massage and passive movements of the limbs, they gain more weight than their unstimulated peers. They develop better motor skills, become more active and less prone to signs of stress, such as hiccuping. They also tend to be discharged from the hospital sooner.

Touch is a vital tonic for adults too. It activates the vagus nerve, which is associated with feelings of motivation, reward and compassion. Loving touch releases the happy hormone oxytocin, which stimulates social bonding, emotional safety, and pain relief. Simple warm touch lowers our blood pressure and heart rate. And getting a lot of hugs is known to reduce the chances of getting sick.

Touch also helps people with Alzheimer’s relax and make emotional connections with others, and alleviates symptoms of depression. A simple pat on the back and eye contact from a doctor has shown to boost survival rates of patients with complex diseases. Hands on research: the science of touch

Little wonder that touch is the muse behind what I’m sure must count as the most rapturous sentence in the history of scientific research: "A kiss may just be a kiss, a sigh may just be a sigh, but a touch can change your life (or at least your nervous system)!" The importance of touch in development

Touch is our primal medium of communication

While crucial to survival and good for overall health, touch is also one of the most sophisticated ways that we communicate. The brain identifies emotions associated with the most fleeting of touches with remarkable accuracy – Hands-on research: the science of touch compassion, gratitude, anger, love, or fear – even when we can’t see the person touching us.

There’s also a sinister component in the uncanny communicative power of touch: you can manipulate people to deliver the outcomes you want, simply by exposing them to different kinds of tactile stimulations.

For instance, a study in France showed that when a bar waitress lightly touched a patron on the forearm, the likelihood of being tipped increased – even though in France it is unusual for customers to tip bar waitresses.

And it doesn’t even need to be the touch of another human that sways us.

Experiments have found that people are more likely to describe someone as “warmer” – more humane, friendly and trustworthy – if they have been primed by touching a hot cup or beverage before answering the question. Ask a person evaluating job applications to hold a heavy file containing a resume, and they could consider the applicant to be significantly better – possessing more gravitas – than if they are primed with a lighter file.

‘Touch is my medicine’

So what happens when an impulse that pervades every aspect of life is suddenly forbidden, as people across the world are experiencing right now?

For Tracy Rush, who works as a caregiver, touch deprivation has been “brutal”. She had “no idea” how much she needed touch until she and her husband – "a snuggler” – separated a year and a half ago, she says. During the pandemic, she has found herself hitting “breaking point” two or three times a week. Rush lives with her elderly parents and is constantly worried about exposing them to infection, so she does her best to self-isolate – with terrible consequences for her mood.

There’s a reason why it’s called skin hunger. It can really feel like an aching deprivation.

“When the touch starvation sets in, anxiety and loneliness take over every inch of my mind,” Rush says. “I wrap up in blankets and hold my cat and hug myself, but nothing works. I am completely helpless.”

Rush has found only one remedy: breaking quarantine and finding physical contact. “I cry in the lap of a friend as they stroke my hair, I snuggle up tight with someone and watch a movie.” She describes these meetings as her “secret shame”.

But then, she adds: “Touch is my medicine.” Read her full contribution here.

Touch is about power

The universal lament over touch deprivation brought on by the pandemic may lead us to assume that nourishment by touch was the birthright of all humans before a virus came along to spoil it for us.

That’s far from the truth.

The fact is that touch has always been about power, too. Like food or medicine, it isn’t equally distributed in society.

The potential for violence contained in touch has made some parts of society “touch phobic”, says neuroscientist David Linden. For another vast section, the freedom to touch and be touched with dignity is akin to winning a lottery.

In my country India, for example, that lottery is called the caste system. If you are born into a lower caste, you’d literally be "untouchable" – I wrote about this in a newsletter. a status you’d share with menstruating women. Conversely, as I’ve written before, millions in my country occupy less space than is recommended for a prison cell. In a country of 1.3 billion, space isn’t just scarce – it’s taboo. Try squaring that with a pandemic They have no way to avoid touch, even if doing so can mean the difference between living and dying.

In the US, where the Trump administration’s zero-tolerance policy towards undocumented migrants was implemented in 2018, breastfeeding mothers were torn away from their babies at the US border. Staff at some of the detention centres where the distraught infants were held were not allowed to touch them, Read on Washington Post (paywall): What a doctor saw in a Texas shelter for migrant children echoing the plight of children in Romania’s orphanages.

Susie Orbach, a psychoanalyst, says the pandemic has given us an opportunity to grapple with these complex issues around touch – to “remake our relationship with our bodies, and the social body we belong to”. Read on the Guardian: Patterns of pain: what Covid-19 can teach us about how to be human Perhaps we need to learn to cope better with the loss of control Morgan Jerkins writes: I live alone, and I miss touch more than anything that so much of touch starvation entails.

And what better place to start than by consulting those with years of experience of touch deprivation, long predating the novel coronavirus?

People living with disabilities are one such source of rich but neglected wisdom. Imani Barbarin, a disability representation and inclusion activist with cerebral palsy, tweeted last month that abled people "like to ‘invent’ ideas that disabled people have been discussing for years". See on Twitter. Barbarin was referring to the fact that way before touch starvation became a buzzword, it was an everyday reality for people with disabilities.

As Micaela MacDougall, who has spinal muscular atrophy, wrote to me in response to my newsletter on touch: her wheelchair acts "as a shield in people’s subconscious", starving her of even simple handshakes. "I also don’t have the physical strength to push people away if they touch me when I don’t want them to," she added.

What can people who didn’t need a pandemic to appreciate the powers of touch teach us about rebuilding our relationship with it?

That’s what I will explore next in this series. 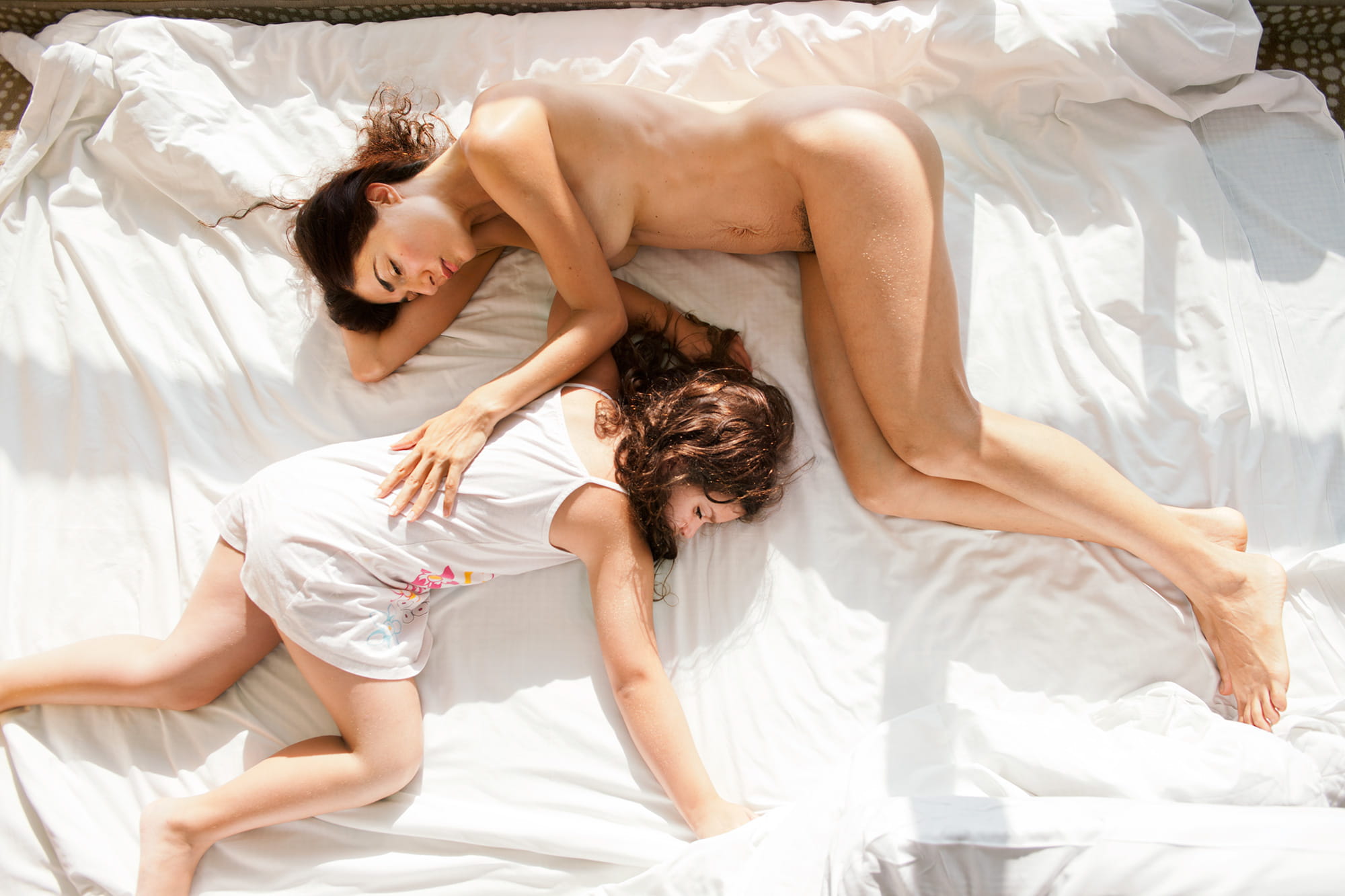 About the images Elinor Carucci’s work focusses on intimate portrayals of family, relationships and the changing, ageing and ever-evolving human body. The journey through marriage, love, parenthood and illness is something we all might experience during our lifetimes. So her personal work reaches for a universal meaning.
Her latest book Midlife, published in the fall of 2019 by Monacelli Press, is an empathetic portrait of her experience as a woman living through everyday change (Veronica Daltri, image editor). See more here 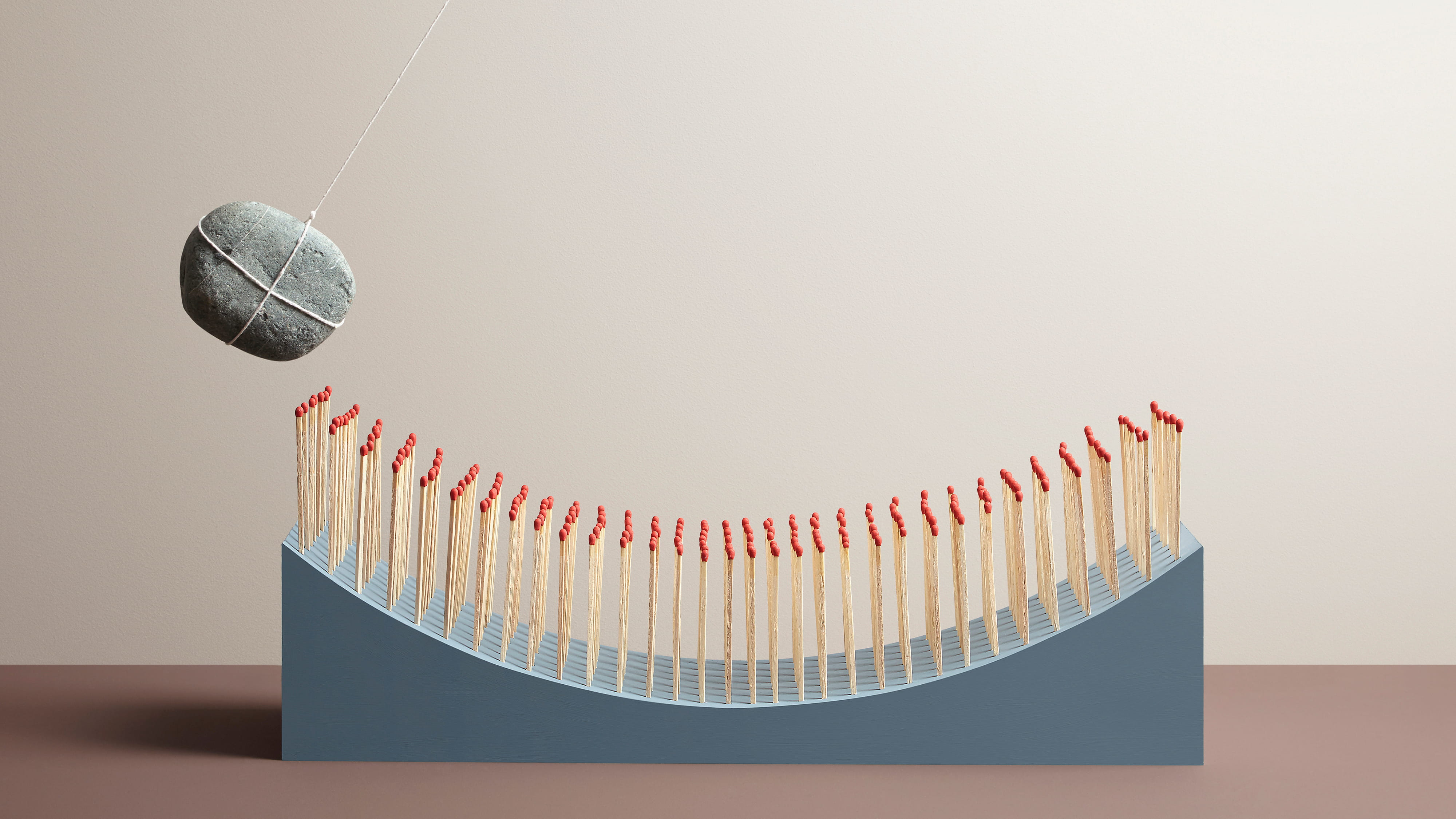 The coronavirus is reminding us that anxiety is good – as long as it doesn’t turn into panic Anxiety has been stigmatised as a disorder or disease. If we listened closely to it, we wouldn’t have chosen drinking with friends on spring break in Miami over self-isolating. Read Tanmoy’s article here