From the series Chinese Dust Bowl by Benoit Aquin.

I know. You’re probably tired of hearing about it. But I want to take a moment to talk about the crisis that is still gripping the world. One we’ve ignored and downplayed for far too long. That was initially dismissed by populists as utter nonsense even. Thus causing us all to be hit even harder by the impact, the most vulnerable among us first and foremost, with China and the US as epicentres of the problem.

A pandemic in parallel to that other crisis

There are indeed quite a few similarities between the coronavirus pandemic and the climate crisis.

Admittedly, this pandemic has been compared to almost everything by now: the Black Death; the Spanish flu; the second world war; Pearl Harbor; Chernobyl; a nuclear war; 9/11; Sars; Aids; the financial crisis of 2008. At this rate, coronavirus is bound to become the new Godwin’s law, with every internet discussion ending in someone bringing up a pandemic.

Even so, the comparison with the climate crisis is compelling – not least because that parallel, unlike all others, doesn’t point to our past. The coronavirus may have pushed the climate crisis off the front pages, but that obviously doesn’t mean the problem has vanished. It’s not gone, not even now that all the charts tracking CO2 emissions are finally trending downwards towards that vital zero point in 2050 ‘No the coronavirus is not good for the climate’ writes Eric, Climate correspondent. – just to give you an idea of what it takes to flatten that curve.

The coronavirus pandemic is climate change in a pressure cooker. And there’s a lot we can learn from that.

Similarity one: the problem is mostly invisible (and its invisibility is the problem)

It sounds counterintuitive, but it’s true: the really dangerous thing about the coronavirus isn’t that the disease it causes can be very serious – it’s that it’s not all that serious for many people. The fact that many people who catch Covid-19 hardly have any symptoms has been a huge contributing factor in the spread of the virus.

A similar problem applies to climate change: most of us simply experience so few of the consequences of the Earth heating up that we hardly even notice it – let alone feel any urgency to do something about it. A planetary temperature increase of 1.5C? For a lot of us, that seems like "just a minor flu" too.

That’s partly because of the incubation period. More than a week is already a long time for a viral disease. Just think how many people you can infect in that period without noticing. But the incubation period of climate change is truly disastrous: decades, if not more.

In other words, almost too slow to see it happening. And that’s exactly what makes it so dangerous. We can’t even see the problem unfolding until it’s too late. Literally can’t see it: most of the symptoms of this dangerous disease – coral bleaching and dying, Read Eric Holthaus’s explainer ‘The Great Barrier Reef is dying even faster than before’. oceans acidifying, species going extinct – are happening outside our field of vision. Other symptoms – climate refugees, melting polar caps, See Eric Holthaus’s explainer ‘The ends of the Earth are melting – really fast. Here’s what you need to know’. failing crops – seem "far away" enough to ignore.

Just as Wuhan was once "far away" enough to ignore, too.

Similarity two: we all have the potential to pass on the infection (and are also part of the solution)

Speaking of far away: the German philosopher Martin Heidegger once described globalisation as "the abolition of distance" – and now we know why.

In less than two months, a virus spread from a city in China to at least 187 countries all over the world. There’s no such thing as "far away" in a world where Wuhan is just five handshakes from Washington.

The same goes for our warming world. On a planet that shares a single atmosphere, concepts like "here" and "there" are misleading. The steak we eat "here" threatens a farmer’s harvest "there". The plane someone catches "there" makes the water levels rise "here".

The steak we eat ‘here’ threatens a farmer’s harvest ‘there’. The plane someone catches ‘there’ makes the water levels rise ‘here’

Climate change is a pandemic as well – the infection is just spreading far more slowly.

And the parallel extends beyond the disease; it applies to the cure as well. Each and every one of us is a minuscule yet vital link in our efforts to solve the problem. You might be familiar with the graphic that shows that every individual who stays at home has an enormous effect on the eventual spread of the virus:

Something similar applies to climate change. Each and every individual, organisation and country that reduces its carbon footprint is a small but indispensable link in the fight against global warming. Eventually, we will reach the tipping point: so many people will have switched to zero-carbon energy sources that fossil fuels will be "overcome".

Sustainability is a form of herd immunity too.

Similarity three: the problem affects everyone, but it also discriminates

So we’re all part of the problem and part of the solution – but not in equal measure. People are fond of saying, “the coronavirus doesn’t discriminate”, but that’s not actually true. Sure, everyone can catch the virus. But at the same time, it’s a lot like a nightclub bouncer whose pet peeve is people wearing sneakers: it really does target certain groups.

They’ve been called the “vulnerable” among us – and it turns out that category includes quite a few groups. The elderly, people of colour, immigrants, low-educated adults, people in debt, people on lower incomes, people in developing countries, refugees, the uninsured, the unemployed: all these groups have an above-average risk of falling prey to this pandemic, both physically and socio-economically.

The same applies to climate change. Although it affects us all, the impact is as unfairly distributed as any feudal disparity: those who contribute least to the climate crisis are most severely affected by it – and vice versa.

People are fond of saying, ‘the coronavirus doesn’t discriminate’, but that’s not actually true

To give you an idea: the richest 10% of the world’s population account for half of all CO2 emissions from consumption. Meanwhile, the poorest 50% only account for 10% of those emissions, yet they are much more affected by crop failures, struggling industries and extreme weather conditions.

There’s a reason why scientists are increasingly worried about "climate inequality": the unequal distribution of the climate emergency is a crisis in its own right.

And that inequality also makes it more difficult to combat both crises. The coronavirus pandemic shows that “keeping distance” and similar measures are primarily for the privileged, only available to people who “can afford to retreat in individualism”, as OluTimehin Adegbeye, our correspondent in Nigeria, put it so powerfully. ‘Why social distancing won’t work for us’ writes OluTimehin, Othering correspondent.

And something similar applies to the climate crisis: you can’t abruptly demand that colonised and exploited countries stop their economic development now, while the rest of the world cheerfully got rich from exploiting fossil resources. Oil is both black gold and kryptonite. Read my essay, ‘The great paradox of our time: everything is both better and worse than ever before’.

Although the coronavirus crisis took the world by surprise, it wasn’t unexpected. After all, it is the direct result of a number of fundamental flaws in the fabric of our globalised world.

These flaws are more visible now than ever before. The way we deal with animals is untenable. Patent laws in the pharmaceutical industry pose a real threat to public health. The fossil fuel industry, like the financial sector, is only able to exist by the grace of privatised profits and socialised losses.

The climate crisis requires an equally fundamental restructuring of society.

In 30 years’ time, the entire fossil-based world order must be transformed into a zero-carbon economy. In the course of that transformation, almost every production process will need to be reinvented in a way that distributes its costs and benefits more fairly.

For the record: I’m not claiming that what we’re doing now to gain control of the coronavirus is identical to what climate change demands of us. Conservative commentators are already trying to create this misleading impression in order to discredit climate policy. (To paraphrase them: “See? Millions of people out of work, restaurants closing their doors, and no one can ever travel again. This is what the future would look like if we listened to the climate mafia!”)

No, a sustainable society is not a pandemic bunker. The similarity is that the change that is needed will affect every aspect of society. There really isn’t an app for it.

Continuing to see Earth as an infinite resource and the sky above us as an infinite garbage bin, in order to artificially boost quarterly profits, with CEOs sitting in reality-proofed boardrooms comparing the size of their bonuses while begging for taxpayer bailouts but refusing to pay taxes themselves: no, that’s a “normal” we simply can’t afford going back to.

Or is it, Ben Smith?

Why, then, do we find it so much more difficult to switch to a green economy than to take rigorous measures to fight coronavirus?

If the coronavirus crisis has shown us anything, it’s this: we are, in fact, capable of bringing about sweeping societal change to protect us all

The answer lies in the main difference between the coronavirus and the climate crisis: the former seems much more acute than the latter. Thousands of deaths and intensive care units (ICUs) flooded with patients struggling to breathe cannot be denied for very long, even by the most persistent manufacturers of alternative facts – unlike climate refugees (“fortune seekers!”), loss of biodiversity (“the dinosaurs died out too, right?”), and global warming itself (“temperatures have risen before!”).

If the coronavirus crisis has shown us anything, it’s this: we are, in fact, capable of bringing about sweeping societal change to protect us all. Now is the time to resolve not one crisis but two. Starting with sustainable spending of the trillions (!) being allocated to coronavirus-related measures right now.

Before Mother Earth ends up in the ICU. 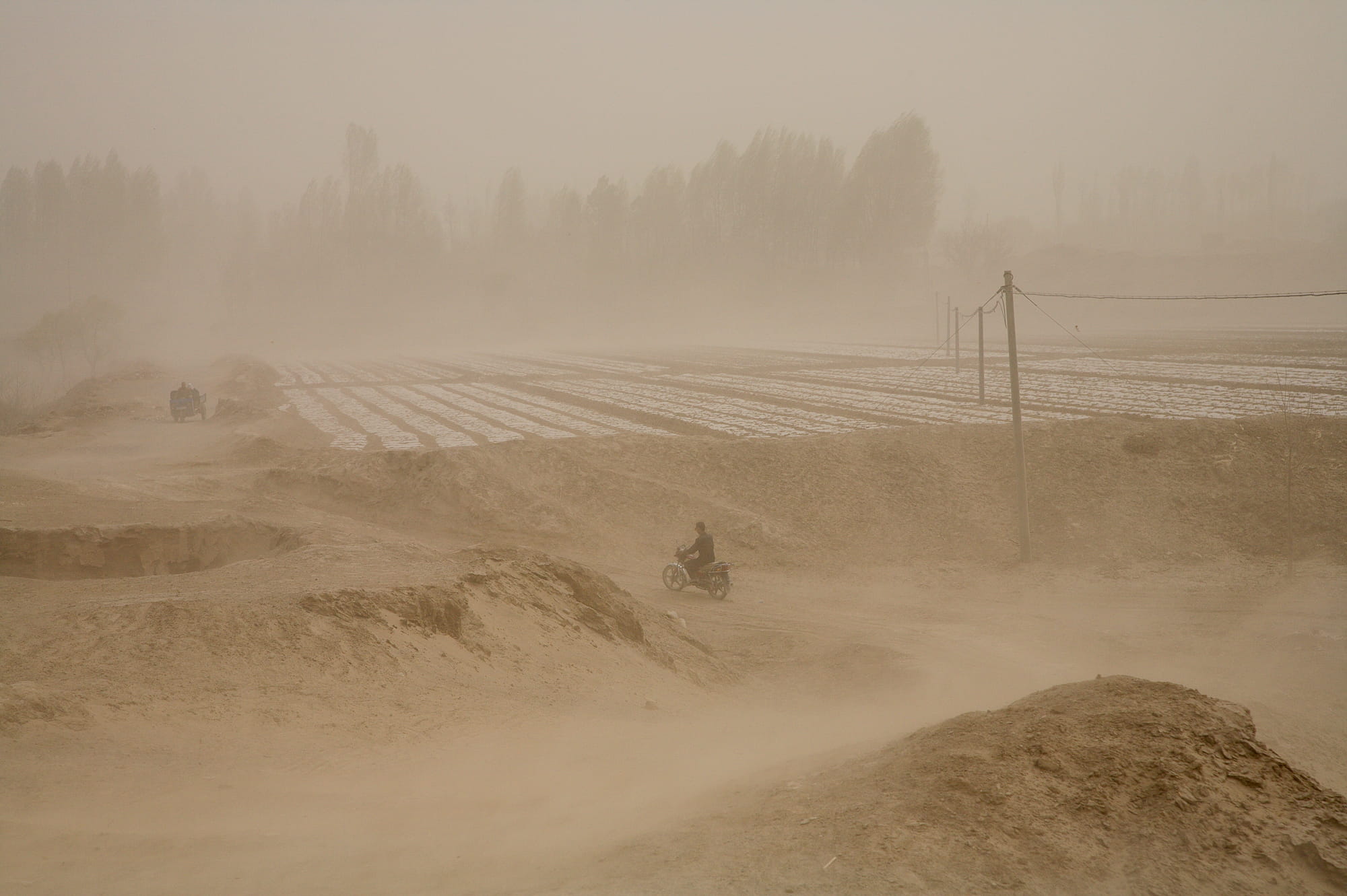 About the images A large part of China, around 18%, is covered by desert. But a quarter of this land hasn’t always been that way. Overexploitation of arable land, overgrazing, and, increasingly, deep drilling for water are at the root of what has become "the Chinese Dust Bowl”. China’s situation is quickly becoming the world’s biggest and most rapid conversion of arable land into barren wasteland and dunes. The resulting dust is picked up by the wind and transported in the form of giant sandstorms all over China and into Korea, Japan – even all the way to North America. Photographer Benoit Aquin travelled to China to document the impact of such sandstorms on the conditions under which people in these regions have to live. (Isabelle van Hemert, Image editor) See more work by Benoit Aquin 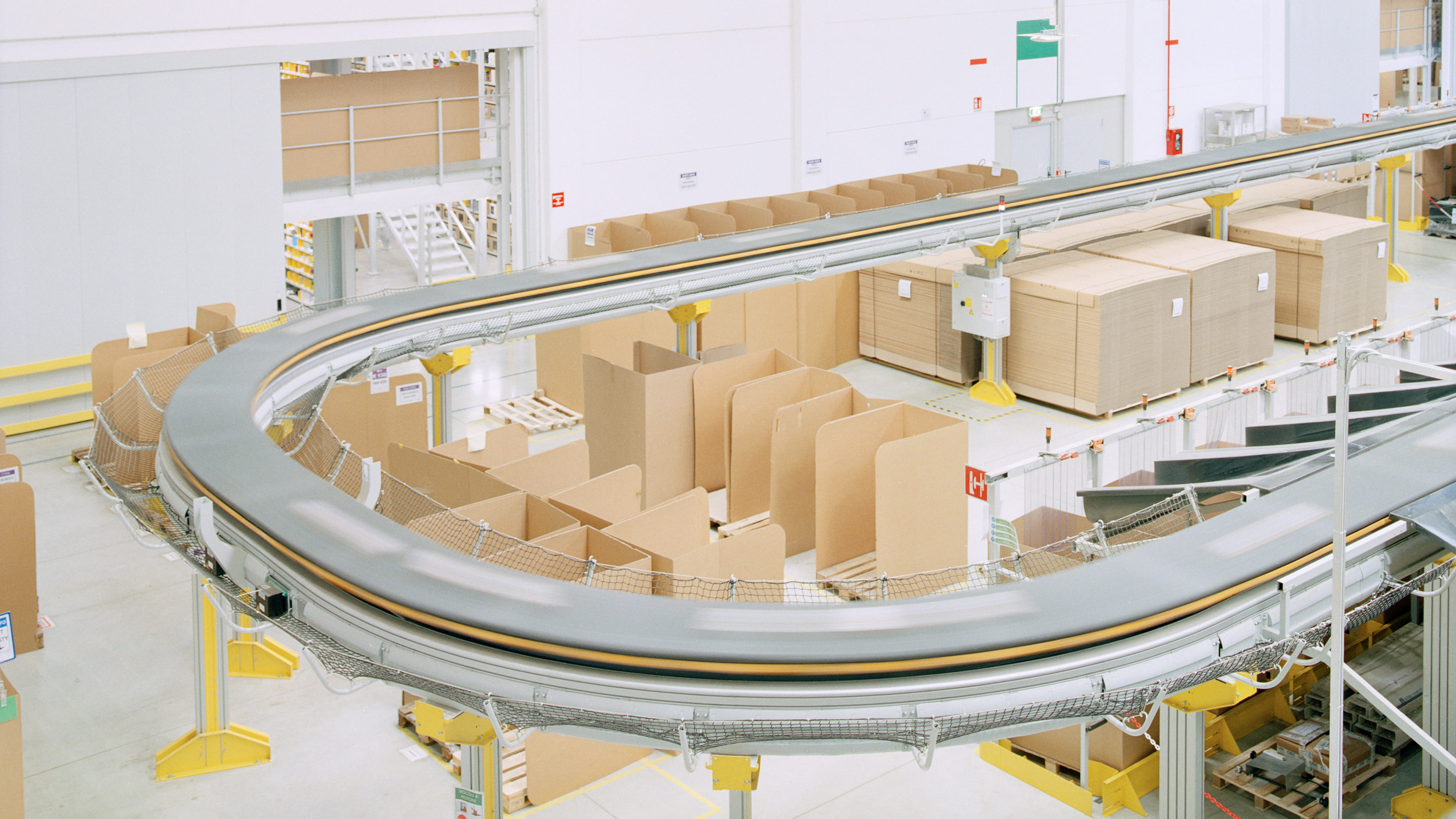 Outgrowing growth: why quality of life, not GDP, should be our measure of success Mainstream economics still thinks growth is essential, but this blind belief in GDP is just enriching the rich and killing the planet. We don’t need more growth to improve people’s lives. By working less, buying and producing less, and investing in public services, we can improve quality of life – and fight the climate crisis. Read Jason Hickel’s article here