I am hearing a staggering number of disappointing stories about how many people have abdicated their responsibilities towards workers on no work, no pay contracts (or zero-hour contracts).

It’s easy to criticise someone like Jeff Bezos for exploiting this style of precarious labour, and for, in a crisis, firing employees who object to unfair pay and working conditions. But all around us are examples of otherwise good and fair-minded people who have been negligent in their duties to those who work for them.

There is now an entire class of precariat that depends on the decency and largesse of their employers. They often fall under their government’s radar and don’t qualify for a stimulus check or furlough schemes. I imagine that cleaners and babysitters make up the vast majority of this cohort of workers.

Members of this most precarious workforce perform regular tasks on a daily or weekly basis, but their employers have the full option to terminate their roles with no notice and no pay. As such, their situation is different from, for example, self-employed plumbers and handymen who are called in for discrete tasks and have business either as individuals or as professionals working for companies.

I was shocked to find that, often, when these workers stay at home abiding by corona-related measures, their employers simply stop paying them, even when they had suffered no loss of income themselves, and therefore could not justify the stinginess. One cleaner I spoke to, and who is paid just a little above minimum wage in the UK, said that not a single one of her employers has offered to pay her since the pandemic hit. Her income has dried up overnight, and she doesn’t qualify for any sort of government assistance. Moreover, none of those she works for bar one has asked her how she’s getting on, or if she might need some help to tide her over.

This sounds monstrous, especially as she’s been in these people’s homes and shared their familial joys and dramas over many years. But I don’t think that the refusal to pay their casual employees during lockdown makes them necessarily bad people. In my view some sort of moral calcification has set in: so accustomed have we become to having the option to pay as little as possible for certain goods and services, that normalisation has turned into an entitlement.

The lack of structure around insecure labour, such as the absence of an employment contract and the failure to set out obligations and duties between employer and employee, makes us think there are none. But a precarious workforce like this only exists because of a certain kind of capitalism that makes removal of worker protections easy, if it means someone, somewhere, gets to make money or save it.

The current weird suspension of routine means that we can see clearly how many people just fell through the cracks and had no safety net. But we are the safety net. All our obligations towards those who work on a casual basis are still there, they’re just not written down or enforceable.

This is a good lesson to take into the world after the pandemic ends. I’m going to try to remember moral obligations that have been removed by the state, and act on them because they still exist, just not on paper. That means paying any income that I normally would have paid, even if it means those services are on hiatus. 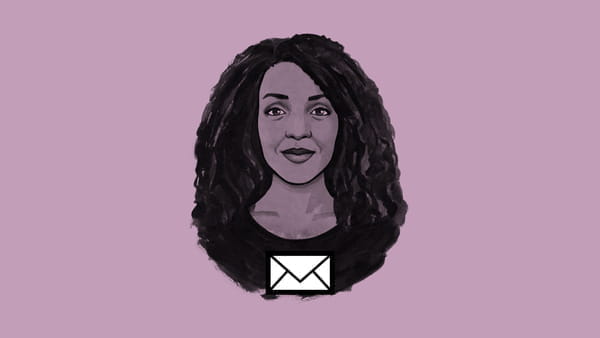