Illustrations by Olf de Bruin, for The Correspondent

Besides washing hands, minimising social contact and developing a vaccine, there’s another way to mitigate the impact of the coronavirus pandemic: medicinal drugs.

A drug to treat Covid-19 won’t reduce the number of infections, but it could mean that people who do contract the virus don’t get as sick, and that fewer people die. The potential market for a Covid-19 treatment is huge. That’s why various pharmaceutical companies are working hard to be the first to get a drug onto the market.

How does a drug like that work? Which drugs are already in the pipeline? How long will it take before we can treat the first patients? And what if an effective drug is discovered, but the company that holds the patent decides to charge exorbitantly high prices for it?

What types of medicines could help against Covid-19?

A virus consists of a hull or lipid envelope around some genetic material. Based on those genes, the virus produces proteins, each of which has a specific function. Some proteins form the hull on the outside of the virus. Others help the virus penetrate into the cells that it infects. Yet other proteins send instructions to the infected cell so it starts copying the genetic material injected by the virus. When we manage to block one of those proteins, the virus no longer works properly, and we can inhibit its spread through the body.

So the first strategy being pursued to develop a drug to treat Covid-19 is researching which proteins are essential to how this specific virus works, and then finding a molecule that can block that protein. But finding that molecule is just the start because viruses mutate. Their genes – and therefore also their proteins – are changing constantly. Ideally, you want to find a molecule that can stop the protein from working even after a mutation.

Besides these protein blockers, there is another strategy that researchers are exploring. When you are infected by a virus, your body creates molecules that act like warning stickers: antibodies. Your body "sticks" these on infected cells, so your immune system knows which cells to attack. You can help your immune system by administering antibodies that were created in a laboratory.

Which drugs to treat Covid-19 are already in the pipeline?

At least nine pharmaceutical companies are currently working on finding a drug that can inhibit the SARS-CoV-2 virus. The most promising candidate is remdesivir, a nucleotide analogue that has been around for some time. The drug was discovered at the Antiviral Drug Discovery and Development Center (AD3C) at the University of Alabama, a programme funded by the National Institutes of Health, and was developed as a possible treatment for two other coronaviruses: Sars and Mers.

The patent for the drug was acquired by a pharmaceutical company called Gilead Sciences, which hoped it would be efficacious in treating a different deadly virus: Ebola. Since remdesivir was less effective than other treatments in reducing Ebola mortality, development on the drug was put on the back burner.

A few months ago, that changed, when it was discovered that remdesivir would most likely also inhibit replication of the novel Sars-CoV-2 virus. Remdesivir has already been tested on humans, so we know it is safe and that the body absorbs it. Now we just need to test whether it actually works in patients who are infected with the Sars-CoV-2 virus. Gilead Sciences is currently trying to determine how well it works in several large-scale studies in China and the US. The first results are expected at the end of April.

Other pharmaceutical companies are also hoping that one of their patented drugs will be effective against the new virus. Abbvie is testing a combination of two Aids inhibitors: ritonavir and lopinavir. Roche hopes that its antiviral drug used to treat the seasonal flu, oseltamivir, will be able to inhibit Sars-CoV-2. The China National Center for Biotechnology Development is investigating whether an old anti-malaria drug, chloroquine, will also work to treat Sars-CoV-2.

Besides efforts to repurpose existing drugs, pharmaceutical companies are also looking for completely new protease and polymerase inhibitors that could slow the spread of the novel coronavirus. Other companies are betting on antibodies. Regeneron Pharmaceuticals and VIR Biotechnology, among others, have already isolated a number of antibodies that they hope will be able to help your own immune system fight off the virus.

It remains to be seen whether one of these drugs will really make a difference. Remdesivir is the farthest along in development, and the World Health Organization (WHO) has stated that it seems to have the greatest potential based on what we know now. It’s hard to tell exactly how likely it is that remdesivir will live up to its current potential. On average, 62% of drugs successfully complete Phase 3 clinical trials – the phase in which the drug is tested for efficacy in patients.

When will we be able to treat the first patients?

That’s not clear yet. On average, it takes almost six years to develop a new antiviral drug. Obviously, the first step is discovering a drug that even has a chance of working. That drug is then subjected to extensive research in a laboratory. Then comes safety testing: the drug is tested on healthy volunteers to make sure it is absorbed into the body (pharmacokinetics) and does not cause unpleasant or dangerous side effects (toxicity). If the drug makes it through initial safety testing, it can be tested on a large group of patients to see if it has the expected impact on the disease (efficacy), and still does not cause unacceptable side effects.

Then all the results have to be handed over to the drug authorities, who decide whether the drug can be put on the market. Remdesivir has already gone through the first few stages of this process. As stated, the first results from investigational research on infected patients will probably become available at the end of April.

It usually takes over 300 days for drug authorities to analyse these results, but the European Medicines Agency (EMA) Read ‘EMA to support development of vaccines and treatments for novel coronavirus disease (COVID-19)’ and the FDA have already announced that they will be making every resource available to accelerate approval procedures for drugs to treat Covid-19.

What if a pharma company charges an exorbitantly high price for a drug?

Last week, the US government decided to release $8.3bn to fight the coronavirus. A part of that money will go to the pharmaceutical industry. For that reason, some Democratic members of Congress have demanded that the industry be subjected to price restrictions. If a drug or vaccine that has been developed fully or partly based on government funding comes on to the market, they said, pharma companies should not be able to charge whatever they like – especially not when public health is at stake.

Their concerns were dismissed.

In fact, the final phrasing of the legislation regarding the emergency fund explicitly prohibits the government Read on Politico: how the drug industry got its way on the coronavirus. from intervening if the prices charged by the pharma companies are too high. You don’t have to be wearing a tin-foil hat and see conspiracies around every corner to suspect that the powerful pharmaceutical lobby may have played a role in this process. The fact that the current Secretary of Health, Alex Azar, used to be a top executive with pharmaceutical titan Eli Lilly may also have played a role here.

This isn’t the first time that the pharmaceutical industry has been less than a shining example of charity during a humanitarian crisis. In the late 1990s, thousands of people a day were dying of Aids in South Africa. Some Aids inhibitors were already on the market, but they were so high-priced as to be completely unaffordable. The South African government decided to amend their patent legislation and allow the import of generic versions of those drugs.

The pharmaceutical industry objected strongly, lobbying the US government, which then turned around and threatened to impose economic sanctions on South Africa. Various companies sued the South African government for infringements of international patent law. It took massive public outcry to get the pharma companies to back down and allow the import of generic Aids inhibitors.

The question is how the pharmaceutical industry will respond. Will they temporarily tolerate a situation in which countries produce or import a generic and therefore cheaper version of a Covid-19 drug? Or will they – even in such a crisis as this – be solely concerned with their own profit margins?

Will we be able to produce a treatment in sufficient quantities?

Even in the ideal scenario, where we quickly find an efficacious drug and the company that holds the patent for that drug allows countries to produce a generic version, we may still have a problem. We still need to be able to produce enough of the drug.

Let’s suppose Italy manages to find a new treatment for Covid-19 a few months from now. Will Italy allow this drug to be exported abroad right away, or will it first and foremost want to treat its own people? A few days ago, Donald Trump tried to convince a German company called Curevac to relocate to the US because they are working on a possible vaccine for the Sars-CoV-2 virus. Trump’s aim? To ensure that the US – and only the US – has access to a potential vaccine. America First?

Even in times of crisis, there are powerful players who let their self-interest prevail over the general good. The pharmaceutical industry will try to make the most of this situation.

Every government is currently taking drastic measures, and rightly so, to contain the pandemic. But we also need other measures: we need to subject international patent law to serious scrutiny and impose limits on medicine prices. This is vitally important. Once a drug to treat Covid-19 is discovered, we need to be sure that it can be used to cure sick people, and will not serve solely to line the pockets of a pharmaceutical company (and its shareholders). 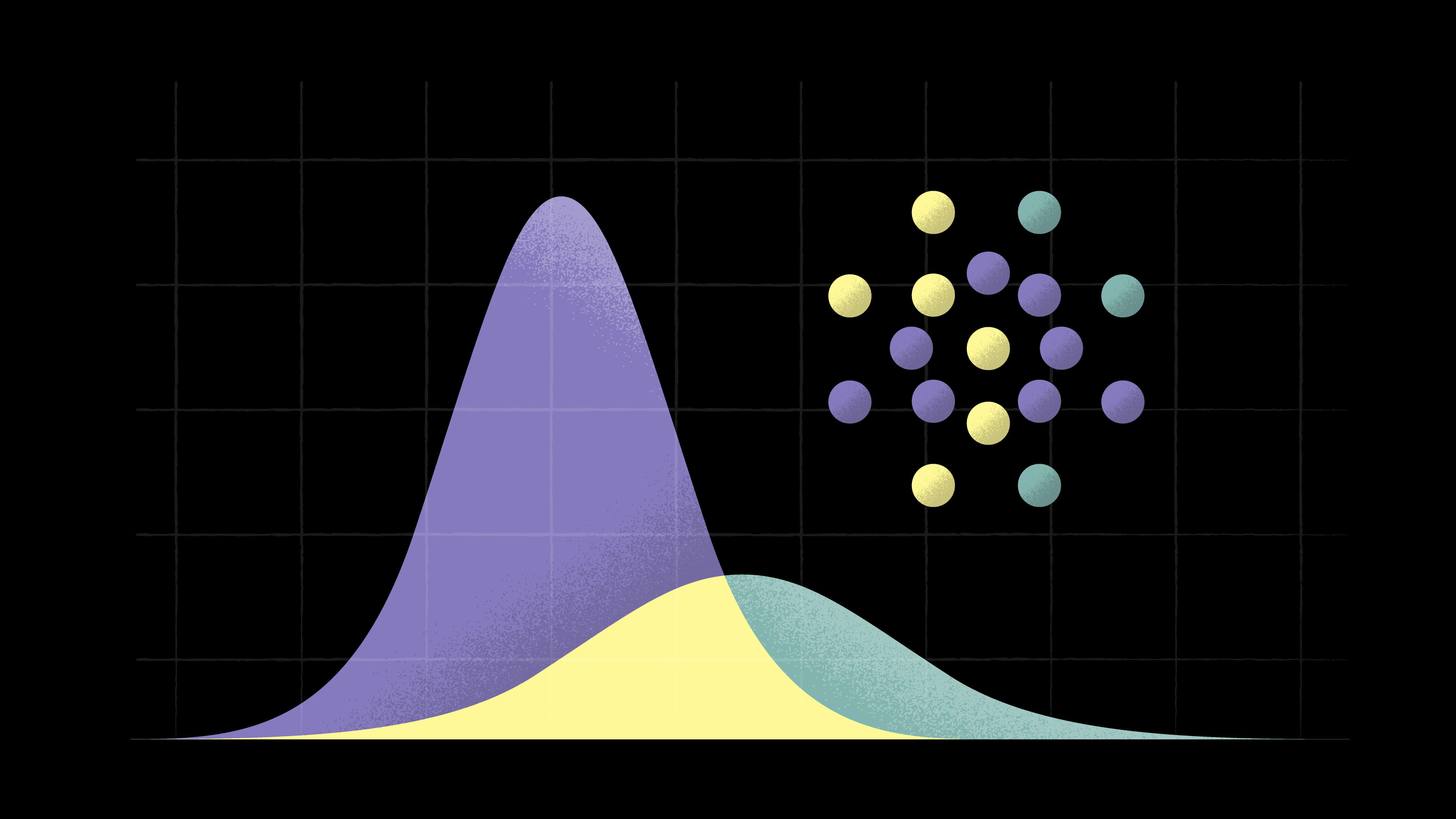 Deciphering the pandemic: a guide to understanding the coronavirus numbers You’ve already read countless articles on coronavirus infection numbers. But what do those numbers really mean, and how should you read them? Read Sanne Blauw’s article here