From the series 'Cesar' by photographer Christian Berthelot. While birth is not the start of the first-1,000-day timeline, it marks a before and after within it. At the bottom of the article you can read more about Berthelot's photo series of babies seconds after birth. Here we see Leanne, 13 seconds old.

Isaura is nine months old and likes to sleep in the starfish position. She’s spent her short life in the Aquiles Serdán female state prison in Chihuahua City, Mexico, where she takes up most of the space on the bunk bed she shares with her mother.

Saira Durán was three months pregnant when she was arrested. She briefly left detention to deliver Isaura in a hospital room secured by police. During that time she was sentenced: five years for aggravated theft.

"She lights up the whole cell"

A peaceful, chubby baby, Isaura hardly ever cries. She’s brought relief to this cell, where her mother and her two cellmates love to play with her on the concrete floor and dress her in cute pink clothes – a huge contrast to the grey uniforms the women have to wear every day. “Imagine waking up and seeing a child smiling in this place,” says Deira, one of Isaura’s adopted aunties. “She lights up the whole cell.”

Isaura has two siblings, aged three and four, who live some four hours away with their father. She hasn’t met them yet. Saira is worried about that meeting, when Isaura and her siblings will inevitably compare notes. She spends much of Isaura’s sleeping time coming up with elaborate stories she hopes can explain her closeness to Isaura and her absence from her other two children.

One of her favourite tales goes something like this: Isaura, a very gifted baby, was abducted by a wicked sultan. After much hard work, and many long years, Saira was able to rescue her, and reunite the little girl with her siblings.

I imagine a series of tests Saira had to overcome – scaling a steep mountain or killing a dragon – but she sees something a little more practical: making enough money to buy her baby back.

What kind of impact does environment have on children?

The time I spent with the women and babies of Chihuahua City prison opened my eyes to the intricacies of the very first moments of a person’s life, and the lack of understanding we have about them.

What kind of impact does environment have on children? How much do they internalise their mother’s stress, or is a nurturing presence all that matters? In the same way Saira tried to avoid divulging the painful reality to Isaura, how much do adults not know about their own early life because their parents have hid the truth from them?

Paradoxically, we have virtually no memory of what neuroscientists say is the most formative period of our lives: the first 1,000 days.

Receiving more attention after medical journal The Lancet, referred to it in a series about undernutrition in mothers, the first 1,000 days has been adopted by the wider scientific community to refer to the development of the brain. Neuroscientists calculate this critical period from conception: nine months of pregnancy, plus two years.

During this time, our brains reach up to 80% of their adult size. Simultaneously, many fundamental neuronal connections begin to form, as the baby develops “brain architecture”, a term coined by the Center on the Developing Child at Harvard University. Just as a house needs strong foundations, our brains need millions of connections between neurons to function properly.

Many studies, including one by the US Centers for Disease Control, have found that exposure to hardship in this first key period can change our brain architecture, increasing our chances of developing high blood pressure, diabetes, and stress-related disorders later in life. It’s known as toxic stress – a chronic level of stress in the absence of protective relationships.

Despite the real dangers of toxic stress, interestingly, the evidence is not deterministic. Human brains are so complex that – thankfully – there is no way to predict future quality of life with absolute certainty. According to the science, love and nurture can counteract the negativity produced by growing up in difficult contexts, which explains a slide at a 2018 neuroscience conference which read: "Eat, play, love".

What this confirms, is that for a mother like Saira who is living in a scarcely-furnished concrete cell surrounded by prison guards, occasional violence and drug use, Isaura will not experience toxic stress if she receives protection and care.

The beginning of life is not a neutral concept, and perspectives on early childhood are not devoid of ethical considerations. Read: "When does life begin? It might depend on your faith." Without universal consensus on when life begins, those in favour of legalising abortion and those who oppose it have, for example, been embroiled in often bitter disputes for decades.

With whom does the responsibility for raising children lie?

Even where conflict doesn’t exist, the period also known as ‘early childhood development’ is studied and understood differently across disciplines. In education there is much emphasis on the value of reading and learning through play. Economists argue that it can be profitable for a society to make early investments in children. While, for urban planners, rethinking traffic flows, creating more play areas and designing buildings from a family-friendly perspective are just some of the ways of approaching the same period of a child’s development.

Similarly, childhood itself looks very different around the world. “A lot of what we understand and publish comes from theories and constructs that are based on western ideas and culture,” explains Aisha Yousafzai, associate professor of global health at Harvard.

Just ask my Chilean friend Constanza and her female partner Loreto, who are hoping to have a child in a country that doesn’t recognise the rights of same-sex couples. Or ask the children I met in The Gambia and Ecuador, who were being brought up by their grandparents because their parents had left in search of economic opportunities abroad.

What does a street look like from a toddler’s point of view?

As your First 1,000 Days correspondent, this is where I come in.

There are the myriad considerations around pregnancy, but also what comes before it: sexual and reproductive rights, the choices around sexuality, the freedom and support to raise children beyond the nuclear heterosexual family.

I want to take a closer look at the physical and mental health of people who carry babies, as well as their work conditions and economic possibilities. Beyond mothers and babies, I’ll investigate the role of fathers and other caregivers, such as grandparents, siblings, and adoptive parents.

I will be asking what position children occupy in society, how that reflects on the way our cities look, and how our education system is structured.

What does a street look like from a toddler’s point of view? With whom does the responsibility for raising children lie: with those who are legally accountable or with the wider community? I believe the latter is necessary if we want to achieve a fairer society. Do you?

The Kingdom of the Upside Down

In February of this year I delivered a son. Lorenzo, who’s seven months old, likes to look at me hanging upside down from his father’s lap. He also likes to look at people through mirrors and from the top of my shoulders. I think he’s trying to give more depth to the people and things around him, checking us all out from different perspectives.

Observing him while he’s discovering the world is adding to my understanding of my beat, as I struggle with very real issues like working full-time while I continue to breastfeed; or finding the right balance between nurture and play for Lorenzo and self-care for me and my husband.

There may seem to be little in common between Lorenzo and Isaura, growing up in such radically different contexts. But their brains are undergoing very similar processes, and both Saira and I have one shared priority: ensuring that our children thrive.

A positive first 1,000 days is no magic wand. What comes after is equally important. Still, I do believe that there’s something magical in the way a child sees the world – with sheer wonderment. It’s something we leave behind as we grow up, that we often reconnect with only when we spend time with children or delve into children’s literature.

A popular song by the Argentine author and musician, María Elena Walsh, talks of exploring “the kingdom of the upside down” – just as little Lorenzo does. What better metaphor for what journalism on early childhood should do? 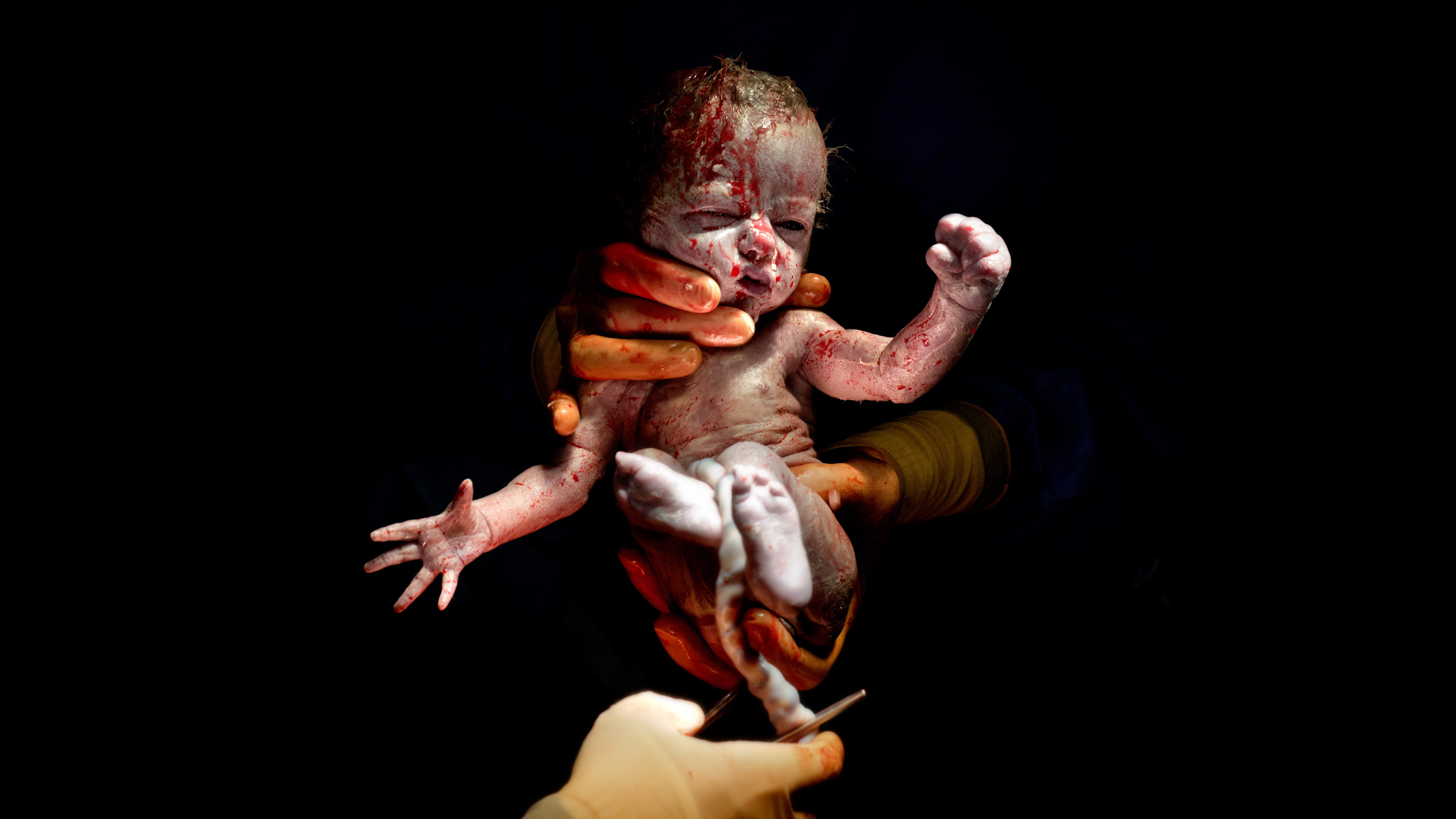 About the images When his first child was born, French photographer Christian Berthelot was inspired to start capturing images of babies a few seconds after birth. All the children he photographed for his series, Cesar, came into the world through caesarian section, as did his own child. His son’s birth made him think of a warrior winning his first battle, and Berthelot wanted to capture this significant moment that we all share, in one way or another – our birth. We all begin in the same state: in blood, tears, and bodily fluids. (Lise Straatsma, image editor) See more work by Christian Berthelot

Stay up to date with Irene: 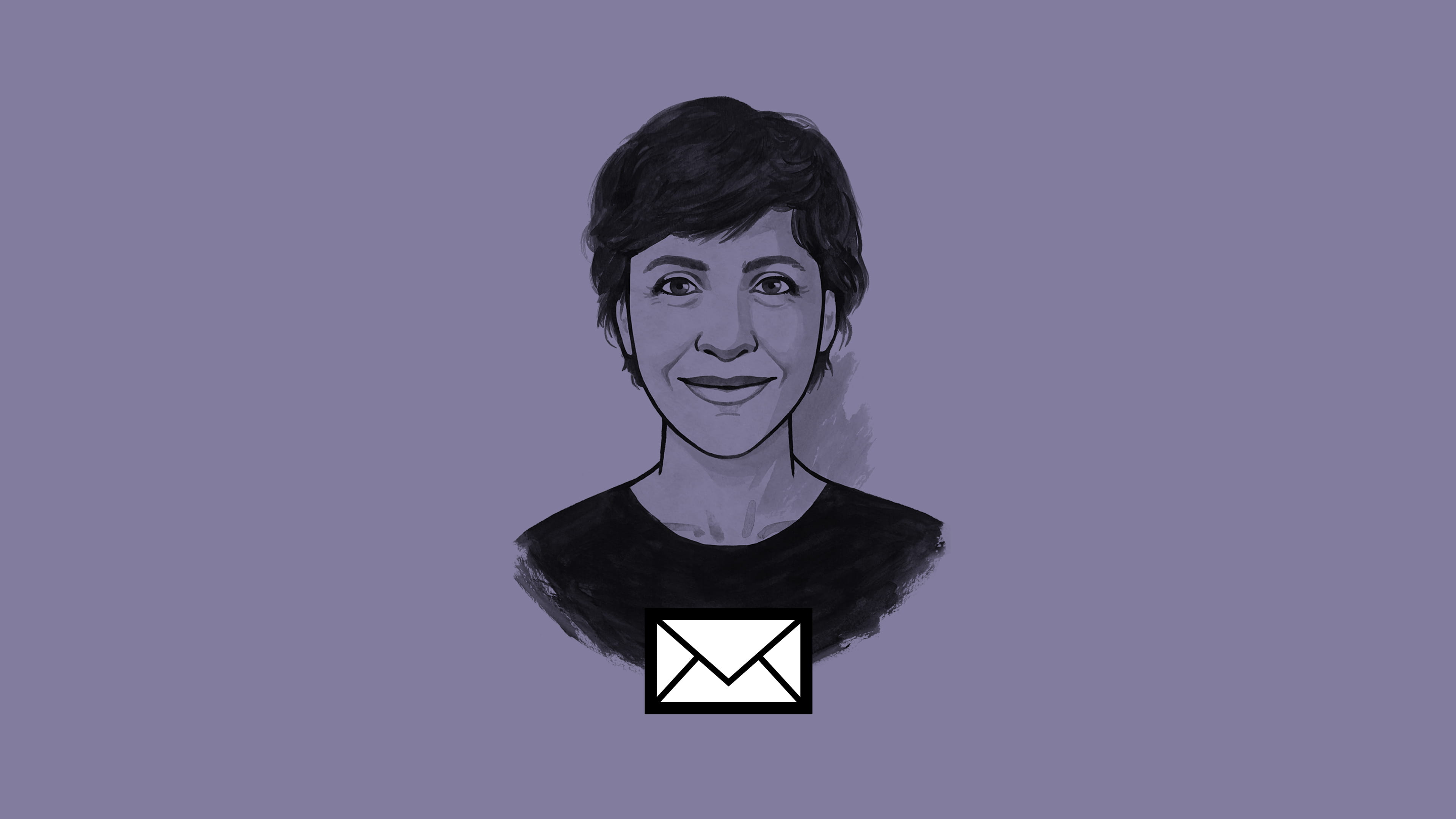