All photos in this article are from the series Tonight We Dance by South African photographer Lee-Ann Olwage, in which she hopes to show what young adulthood should look like. The series celebrates the youth who finish high school in the Cape Flats neighbourhood of Hanover Park, Cape Town, South Africa, defying the odds of their circumstances. The people in these photographs are not featured in the story. If teen pregnancy wasn't penalised in the ways this article describes, more and more young people could finish school. You can read more about this series at the end of the article.

Many people firmly believe in the sanctity of life, insisting human life must be protected, especially in the womb. Some go a step further to say that sex and the potential for pregnancy are sacred, so contraception should not be allowed.

In other words: life is too valuable to waste, even when it’s just a protean possibility. Similar convictions help to explain the criminalisation of unsuccessful suicide attempts and the widespread resistance to euthanasia.

But if human life must be protected at all costs, why does the suffering of those who incubate potential human life often seem to matter so little?

Read this story in one minute

A teenager in Tanzania

Imagine you are a teenage girl living in Mwanza, Tanzania. You’re 16, you’ve just finished your O Levels, and you’re navigating your first romantic relationship. In a group chat with your two best friends, you nervously talk about what it means that you haven’t seen your period since before Valentine’s Day.

It’s a Thursday evening in June 2017. Your parents are working late to make ends meet. You turn on the TV for company.

“There are many things that girls who are impregnated can do after delivery,” intones a familiar voice from the screen. “They can join Vocational Education Training Authority centres, they can learn sewing. But they can’t go back to school.” The man speaking is John Magufuli, your president. “After getting pregnant, you are done!” he concludes to loud applause.

Nobody realises you are pregnant yet – not even you because you’ve never been taught anything about sex, periods or pregnancy. By the time school resumes in August, it will be obvious. If you can’t continue your education, the trajectory of your entire life – and that of your unborn child – will point in the direction of poverty, ill health and probable abuse.

There are millions more teenagers who need support

This scenario might seem unusual or extreme, but it’s not. On average, pregnancy becomes a possibility for girls as early as age 12 and a half. In east Africa, including Tanzania, a study put the age range for menarche at nine to 16.5 years. Yet sex education is not a standard part of the curriculum. As a result, millions of girls in their early teens are at risk of sacrificing their life prospects to unintended pregnancy.

Nor is Tanzania’s president alone in his belief that adolescent pregnancy should be punished by withdrawing the right to education. Even if there were no explicit political decrees or laws, the immense social stigma of pregnancy often forces girls out of school.

Millions of teenagers are ignorant of birth control and safer sexual practices, but they’re not alone in their ignorance. Pregnancy may be a simple biological fact, but in many – and disparate – parts of the world, the experience is often so shrouded in misinformation and frustrated by mistreatment that its outcomes can be life-destroying, even for adults.

In El Salvador, for example, women can be criminalised and incarcerated for miscarrying or delivering stillborn children. This article describes how women can end up in jail because they have lost their babies. In Nigeria, new mothers have been detained for non-payment of hospital bills until they die of infection. A Nigerian woman died in 2016 because she couldn’t pay the bill for her delivery. In the US, babies have died at birth because of the failure of medical practitioners to recognise pregnancy in transgender dads. Sam lost his child because no one realised he was pregnant. And in countries where abortion is legally restricted or heavily stigmatised, unsafe attempts to terminate unwanted pregnancies routinely lead to disability or death of the mother.

To this day, religious and political conservatism shape the attitudes of policymakers, with adverse influence on investment in sexual and reproductive health services. Abortion remains a polarising issue, despite solid evidence that criminalising abortion is a cause of needless suffering and death.

Many think of abortion as the simple right to opt out of pregnancy. But it’s more complicated than that. Our First 1,000 Days correspondent wrote about the growth of the pro-choice movement in Argentina. Intimate human experiences such as sex, romantic partnership and pregnancy haven’t always been regulated by religion or law. Elective abortion was not uncommon in many Indigenous cultures, where the decision was based on considerations such as timing and desirability of the pregnancy or the health of the carrier.

Even the Roman Catholic church (a bastion of much contemporary anti-abortion messaging) officially outlawed abortion only in 1869. Prior to this, excepting a three-year ban between 1588 and 1591, the church’s position allowed abortion "for male foetuses in the first 40 days of pregnancy and for female foetuses in the first 80-90 days”, although it is unclear how they determined sex characteristics at the time.

By the 19th century, colonial impositions on gender and sexual relations laid the foundation for the widespread social attitudes and policies that still restrict the bodily autonomy of people who get pregnant today.

As Victorian-era ideas of sexuality and gender were strategically spread worldwide during the 19th and 20th centuries, pregnancy was no longer viewed as a biological function that could be governed pragmatically. The uterus morphed into a battleground, where pregnancy became a tool of control over the bodies and lives of "the weaker sex" – a contest girls, women, trans and non-binary people are still losing.

The incomplete science of pregnancy

Advances in healthcare and technology may reduce the risks, but the fact is that pregnancy remains a dangerous endeavour. This article explores how difficult and dangerous pregnancy can be. Biologist David Haig succinctly describes human gestation as an "evolutionary conflict of interest" Read Haig’s paper on the subject of the ‘gestational conflict’. that regularly results in life-threatening conditions such as preeclampsia, which accounts for about 63,000 maternal deaths every year.

Besides political questions of bodily autonomy, the biological process is simply hazardous. "A foetus does not sit passively in its mother’s womb and wait to be fed," wrote New York Times columnist Carl Zimmer. This article offers an in-depth look into the evolutionary conflicts of pregnancy. "Its placenta aggressively sprouts blood vessels that invade its mother’s tissues to extract nutrients." Yet, despite the high risks, conditions such as preeclampsia and related diseases like Hellp syndrome remain largely under-researched.

Medical knowledge about pregnancy is not adequately available for reasons that are often reflected in popular attitudes towards those who are capable of it. Craig Rubens, executive director of the Global Alliance to Prevent Prematurity and Stillbirth, warns that preterm pregnancy research is under-resourced, even though better science “will pay dividends with millions of lives saved”.

The World Health Organisation calculates that in 2017, 810 women died every day from preventable causes related to pregnancy and childbirth. Many of these deaths could have been avoided with better training and education – for medical personnel, people with uteruses, and their partners.

Work towards fuller understanding of the realities of having a uterus is deprioritised in the medical field, Exposing data bias in a world designed for men. often resulting in outright dismissal of reproductive experiences. Women, who are generally and routinely silenced in many societies, frequently report being disbelieved by doctors or receiving inadequate care from practitioners who refuse to listen to them.

Endometriosis, for example, is an often misdiagnosed condition of chronic pain that is attributed to not only biological but also psychological and sociological factors. Read "When pain is a ‘women’s issue’".  Such neglect, which is especially prevalent among groups further marginalised by racial or gender identities, disabilities or minority sexual orientations, can have severe consequences.

Transgender dads and lesbian women are particularly vulnerable to obstetric negligence, which is often caused by ignorance. "The physical and mental health needs of pregnant lesbians and trans men are hugely understudied, and so poorly understood," found Mari Greenfield, honorary research associate at the University of Hull.

Pregnancy should not derail life

It is hypocritical to claim that we value life in the womb while the people who carry that life face indignity, needless suffering, or avoidable death as a consequence.

Affordable, appropriate and accessible healthcare is a human right. Sex-positive attitudes, helped by age-appropriate sex education, can equip young people to make informed choices about when and how to have sex.

Valuing life argues for increasing investment in obstetric and gynaecological services in particular, as well as prioritising models that recognise healthcare as a right, rather than a commodity. Although far too many people are denied proper care during pregnancy, this shortcoming is a reflection of numerous policy choices.

Comprehensive sex education will reduce rates of unintended pregnancy, and hence demand for abortion and the risks of abortion-related death. It is also crucial to challenge harmful ideas about women, queer people and pregnancy in all parts of society. In addition to investing in hospital facilities, smaller-scale clinics and midwifery are adaptable, cost-effective means to deliver obstetric care.

But let this be the most important lesson: it is not enough to value life in the womb. We owe a debt of care to those human beings through whom life enters the world too. 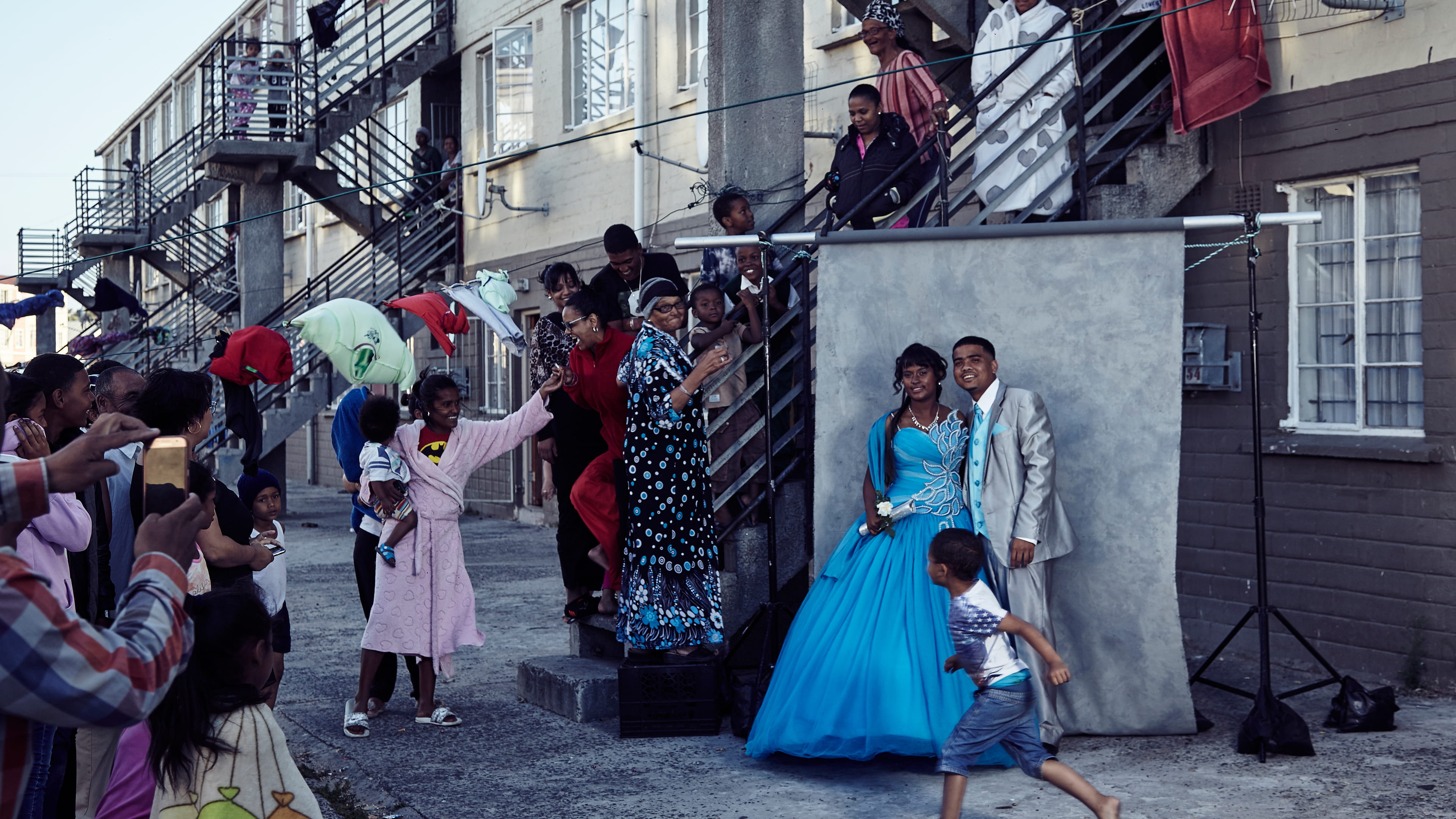 About the images The photos in this article showing students beaming with pride while they pose in their glamorous outfits are made in the Cape Flats neighbourhood of Hanover Park, Cape Town, by South African photographer Lee-Ann Olwage. About 30% of students manage to finish high school in this community since many students are forced to drop out due to high teenage pregnancy rates, substance abuse, or being recruited by gangs. A lot of young people want to finish school but have to support their families instead. When and if it does happen, a graduation is celebrated with no effort spared. This magical moment – kids on the verge of becoming adults – is an event hopefully more and more teenagers get to experience. (Lise Straatsma, image editor) Read more about this series 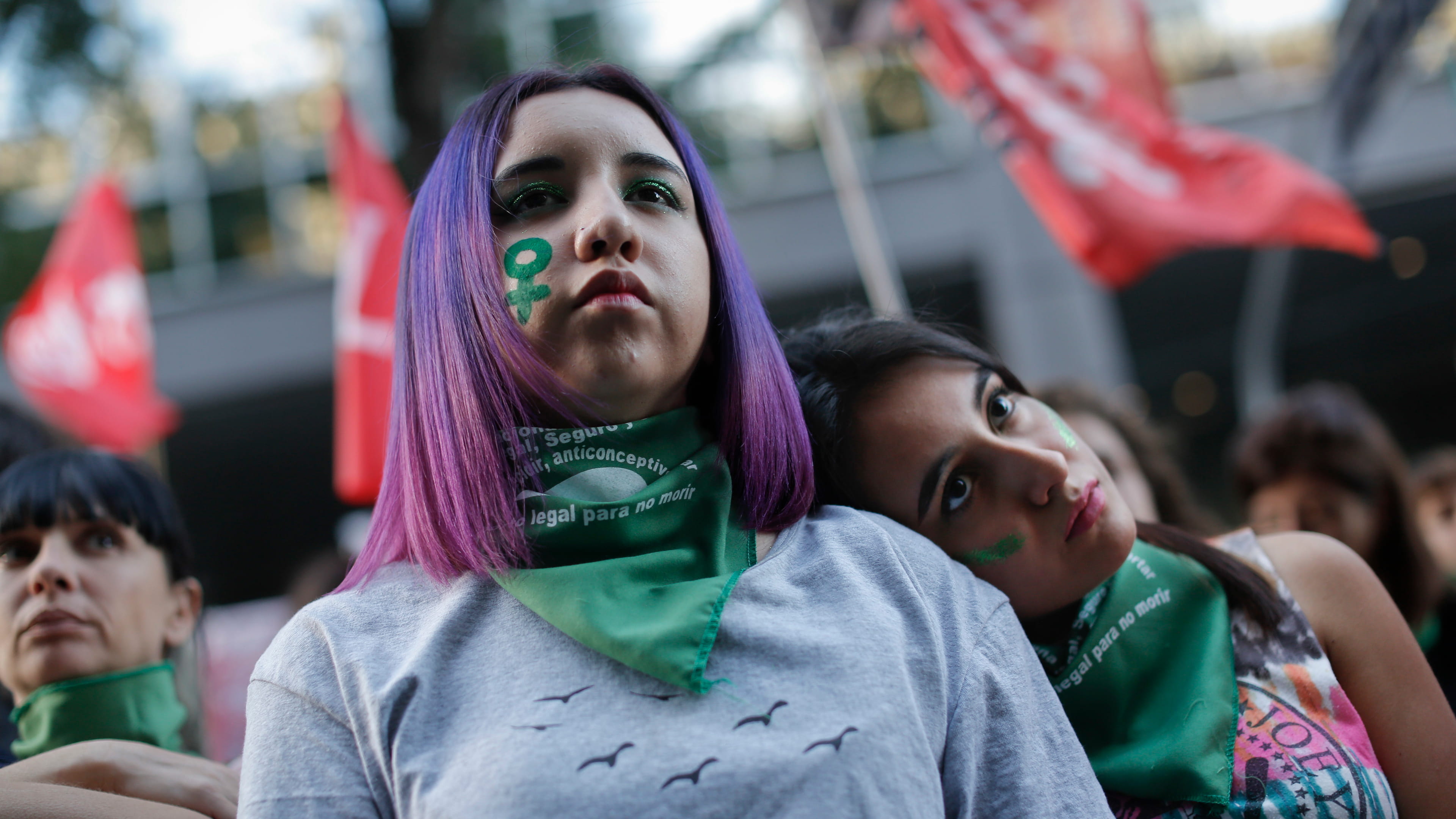 How activists are winning the battle to make abortion a right in Argentina Despite the sometimes deadly consequences, church and state have always made sure abortion was legally restricted in Argentina. But the tide is turning. By engaging with young people and building a diverse coalition, pro-choice activists are forcing the government to act. Read Irene Casselli’s story here 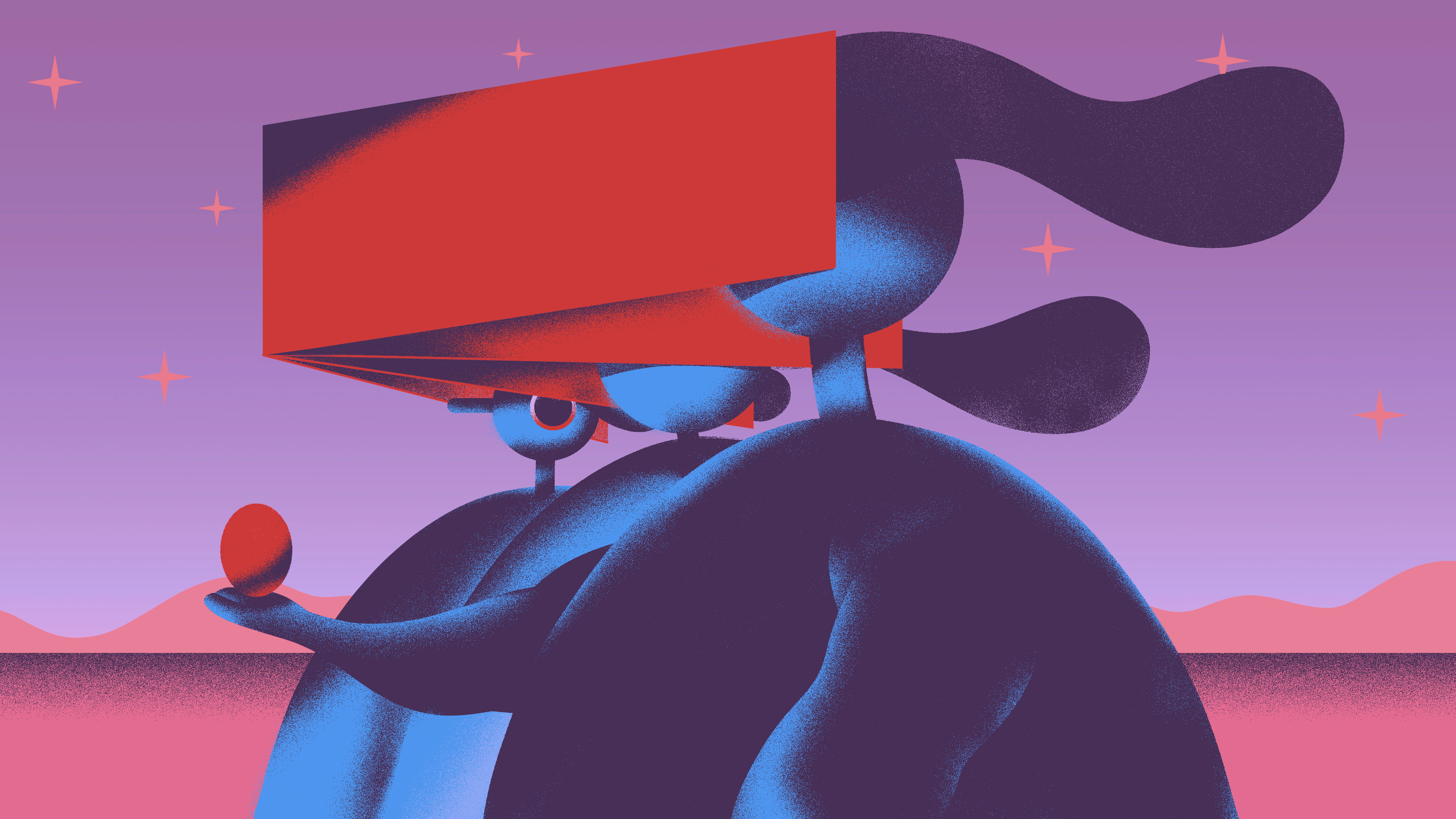 Politics, motherhood and resistance on the reservation The American Dream was built on the nuclear family. A new book by Brianna Theobald shows how this family model was weaponised against Native American women – and how they fought back. Read more here