All photos are from the series Passport (1994) by Alexander Chekmenev. After the fall of the Soviet Union, Chekmenev was tasked with photographing people who were unable to come to the official photo studio to get their passport photo taken for their new Ukrainian passport. He also took photos that showed the subjects' living conditions. You can read more about this series at the end of the article.

Bangladesh, where my family are from, only became a country in 1971, after a brutal nine-month war, known as the Liberation War. Before that, the south Asian nation was known as East Pakistan, despite sharing no borders with Pakistan.

For my family, getting international recognition of Bangladesh as a country was a joyful moment – and not just because it marked the end of the war. It also meant, finally, being recognised as a distinct people from "West Pakistan", and that in turn meant control over administration, economic resources, and the ability to self-govern instead of being ruled by people who were 1,600km away. This was, finally, recognition of their own right to control their own fates. I can’t imagine the joy that Bangladeshi liberation fighters felt upon getting their first passport, or seeing the Bangladeshi flag, or hearing the Bengali national anthem for the first time.

Read this story in a minute

That recognition of identity needn’t always come through cessation or conflict. It can also happen via physical or digital identification (ID) systems. In my first piece for The Correspondent, Read my first piece here. I looked at the ways in which digital IDs are creating barriers to belonging in different places. Here, I want to look at the ways in which the opposite is sometimes true: identity documents can also create a sense of belonging.

Here’s why this matters

Identification systems which centre people’s needs and desires, and which give them the ability to choose how they participate in society and when, can be incredibly empowering. Building those systems digital can make it quicker for people to participate in society, easier for them to change their data, and enable them to skip previously bureaucratic, analogue processes.

In my work at the intersection of technology and social justice, I’ve seen that often it’s the people with the least access to formal identification who appreciate new digital ID systems the most. Most of you reading this piece will have some form of formal identification – a passport, a national ID card, a birth certificate. Think about all the services and rights for which you need one of those documents. Yes, international travel, but that’s a luxury one. Processes we take for granted – such as opening a bank account, getting a rental contract, signing up to vote, or registering for public benefits – all require that we show identification.

Now, imagine that you didn’t have any of those essential documents – for example, if your birth was never registered. Without a birth certificate, it is almost impossible to get other key documents as an adult, or have key milestones recognised (for example, marriages, or even deaths). Whether we like it or not, right now, our societies are set up in ways that regularly require verification of your identity at some level.

Some digital ID systems try to address, from the outset, these barriers to access for people who may be living on the margins of society, such as the NYC ID card, an ID system which was set up in 2015. Contrary to many other state or federally issued cards, it’s a photo identification card that anyone residing in New York City can get, regardless of their immigration status. The application process has proactive guidance for people without a stable home address See the IDNYC guide. – such as homeless people, or survivors of domestic violence – and for people who might not have any other means of identification.  Once someone has the NYC ID card, they can access services which require a government-issued ID card. For some, this will be the first time they access these services.

Where people were once trapped by their circumstances, these sorts of ID systems give people agency – the ability to begin to make decisions over their lives as the options available to them grow.

Whether we like it or not, our societies are set up in ways that require verification of your identity.

Sometimes, what is required isn’t even a whole new system but rather a tweak to a legal process, which can make a world of difference. Here’s an example: a law was passed in Uruguay in 2018 that enables trans people to self-identify their gender and change their gender on official documents without a medical examination or the requirement to present themselves in front of a judge. The way that this identification system is now structured gives individuals from this traditionally marginalised community the right to say for themselves how they see themselves, and how they would like to be represented in these documents. The options given are broad enough that they recognise a range of experiences.

In 2019, the non-profit organisation that I work for, The Engine Room, carried out research into people’s lived experience of acquiring and using five different digital ID systems around the world. We wanted to know whether these systems were living up to their promise of empowering people, or, as I described in my last piece, Read it here. creating barriers and difficulties for them.

Here’s what we found: the effects of an ID system have relatively little to do with the actual end card or chip, and more to do with the bigger context, such as the laws that govern the system, or the process by which a digital ID is granted. We also found that often, there are both positive and negative consequences. In other words, it’s complicated.

How to get ID systems right

In Ethiopia, one of the case study countries, a law passed in January 2019 that allows refugees the right to access primary education and to obtain work permits, drivers’ licenses, and other legal documentation such as birth certificates and marriage certificates. It’s a progressive law, and one that led Filippo Grandi, UN High Commissioner for Refugees, to describe Ethiopia as “serving as a model for other refugee hosting nations around the world.”

What the east African nation has done is hugely different to the situation for refugees in most other countries in the world. In Bangladesh, for example, Rohingya refugees are confined to camps which have barbed-wire gates, are banned from working, or even from owning sim cards. In Ethiopia, by contrast, getting refugee status actually grants more rights – which means that gaining an ID card that confirms refugee status is a positive outcome.

Across the world in Thailand, a new digital ID system known as the "pink card" Read the Engine Room’s report on the lived effects of digital ID systems. was set up in order to allow migrant workers the right to legal employment. Without those protections, this group is extremely vulnerable to exploitation: they often don’t speak the language, are unfamiliar with the new country and culture they find themselves in, and as they often have unclear immigration statuses, they are unlikely to go to law enforcement should something bad happen.

Migrants from Laos, Cambodia and Myanmar who enter Thailand without the correct Thai documentation and then register for a pink card can receive a legal working permit for two years, as well as access to basic social benefits and minimum wage. This kind of formal recognition is a key step towards gaining rights and is a crucial way of gathering data (such as the number of migrant workers in Thailand and their working conditions) that improves advocacy for safe and legal routes to enter into employment.

These are welcome, much-needed developments, but here, as ever, the devil is in the detail. Our research showed that migrant workers to Thailand struggle to obtain the pink card for a number of reasons. One major barrier is that information about the card is only available in Thai – which people new to the country rarely speak. This has led to the creation of an unregulated system of "brokers", who offer to speed up applications and help migrant workers obtain documentation, but who can also exploit an already vulnerable population.

We also found similar evidence in Ethiopia. Despite what is a progressive law strengthening refugee rights, the way in which the digital ID card is being provided by the United Nations High Commissioner for Refugees had the potential to harm people’s rights and dignity. While we were told by many people we spoke to that they didn’t have the luxury of caring about how their data was managed, or about their privacy, they also said that they weren’t given the choice of whether or not to have their fingerprints or irises scanned as part of the registration procedure. Taking that option away infringes on people’s right to privacy, no matter what life circumstance they are in.

It’s these double standards that worry me most. In Germany, where I live, I was asked clearly whether or not I wanted to associate my fingerprints with my Ausweis (my national ID card) when I registered for it. When I said no, there were no negative consequences at all. For refugees in Bangladesh and Ethiopia, they were worried that saying no meant a reciprocal refusal of essential aid, food and shelter, so they didn’t dare to do so.

Who you are, how much power you have, how much you feel like your rights will be protected –  these are factors that invariably shape your experience of an ID system. This is not to say that some systems do not in fact have positive outcomes; it’s to acknowledge that no system is perfect. These nuances are the very reason why rather than accept the proliferation of digital identification systems without thinking, we must consider them critically, and be able to ask who benefits and who does not.

About the images Luhansk-born photographer Alexander Chekmenev started his series Passport in 1994, after the collapse of the Soviet Union. In that period, Ukrainians had to exchange their old Soviet passports for new Ukrainian ones, and Chekmenev’s job meant he had to take portrait photographs of people who could not come to the photo studio themselves. He was shocked by the state of their houses and their lives. They lived in extreme poverty and sickness. Next to the passport photos, Chekmenev also shot pictures showing the whole room, illustrating the absurdity of this system –and creating a more real and honest passport. (Lise Straatsma, image editor) Read more about the series Passport here 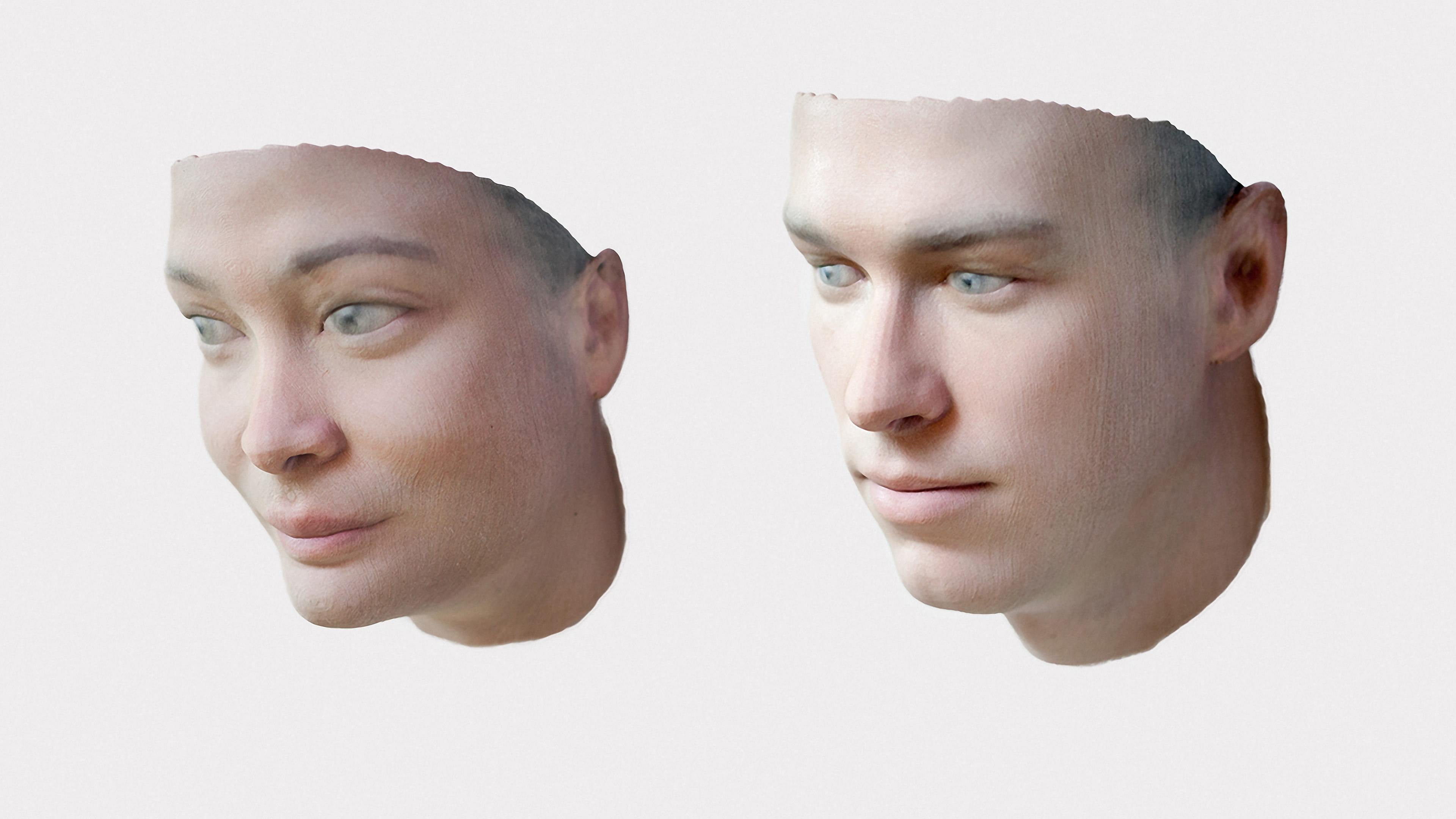 Yes, digital IDs are efficient. But they’re a threat to our very identities Identity cards – and, increasingly, digital identification – don’t just satisfy a bureaucratic function, they also play a role in shaping how we see each other and ourselves – if we let them. Read the first article by Zara Rahman here.

How governments use the internet to crush online dissent From Egypt to Vietnam, what was once a tool for revolution is now putting revolutionaries’ lives in danger. Read Morgan Meaker’s piece here.