This is the black soldier fly, useful in both waste management and as feed. We are still many years away from it replacing soy-based feed. Photo: Universal Images Group Editorial / Getty

When it comes to eating insects, amusement and amazement has traditionally focused on humans: just how will we get consumers in Europe and North America to stomach the idea? Could crickets be the source of protein for a growing global population? Will eating insects help in the fight against man-made climate change?

All good questions, but they focus on a pretty niche part of the "insects as food" debate. Food for humans is only in part about nourishment; eating is also a social and cultural activity, and so changing diets isn’t just about what makes sense to eat. As such, great advances are being made with feeding insects to other animals. Here’s why that matters:

Livestock production is responsible for 14.5% of all anthropogenic greenhouse gas emissions. To feed the growing demand for animal protein, soybeans have become the foundation of livestock feed, leading to extensive deforestation and the reliance on farm chemicals.

And the problems aren’t just on land. Aquaculture has also increasingly come under the spotlight as popular farmed fish such as trout or salmon are carnivorous and fed a diet of about 25% fish and 75% grain or soy. 20% of global wild catch goes into producing feed for other fish. With fish stocks running low, there is an urgent need for alternatives.

I first became interested in edible insects when I found out how nutritious but also environmentally friendly they were compared to conventional meats such as beef, pork or chicken: they require less water, land and feed, and produce less greenhouse gas emissions. Could insects be a sustainable alternative to veganism, I wondered?

I then realised that the bulk of insect production – and the most sizable investments in insect ventures – were targetted at the animal feed market, rather than the human food market. It makes sense: veganism will never be for everyone, so if meat and fish production are the environment’s worst offenders in our diets, how can we produce them more sustainably? Insects, it turns out, can help: they can replace unsustainable components in animal feed such as soy and wild fish, and contribute to reducing food waste by feeding on it. In theory, a great circular economy model.

A good idea, but is it the right idea?

Aquaculture is one of the sectors most interested in insect protein. Beyhan de Jong, an analyst at Dutch financial services company Rabobank, says that declining wild fish stocks, volatile fishmeal supply and prices, and recent concerns about consumer backlash have already led feed manufacturers to significantly reduce fish content in feed formula. “In the 1990s, the content of fishmeal and fish oil for salmon was 80%; now it’s only 20-30%. That’s why feed formulators must find an alternative source of protein and fat […] Insects are high in protein and are naturally in the diet of fish.”

That’s only a fraction of global fishmeal production, says de Jong, who explains that the impediment to increasing the use of insects in fishmeal isn’t the lack of demand but the scarcity of supply. “Scaling up [production] is a problem. It’s very capital intensive and regulation of the feed substrates [the food given to insects] is very limited,” she says.

As part of legacy of the mad cow disease crisis of the 1990s, insects are subject to the same scrutiny as livestock.

In markets such as the EU, the question of what the insects – which then become feed – eat is a thorny one. In theory, insects could eat all sorts of things, including food waste and manure. This is especially true of the black soldier fly, which is saprophagous – in other words, feeds on decaying matter. But regulation in the EU tightly controls what insects can be fed, a legacy of the mad cow disease crisis of the 1990s, as insects are subject to the same scrutiny as livestock.

It’s not surprising then that members of the International Platform for Insects as Food and Feed (IPIFF), a non-profit association that lobbies on behalf of European insect-producing companies, would see these restrictions on what insects can be fed as one of the main factors restricting the growth of the market. They argue that to feed insects lower grade food such as catering waste – in addition to the other by-products of the food industry that are currently part of an insect’s diet – would help drive costs down and create a genuine circular economy.

It’s a logic shared by Jason Drew, the co-founder of AgriProtein, a large insect producer based in South Africa. “Our process simply replicates [one] that has been tried and tested by Mother Nature for hundreds of millions of years,” says Drew. Being based outside the EU, the company is already able to use post-consumer waste and catering waste but these insect products cannot be commercialised in the EU.

The IPIFF hopes to see former foodstuffs containing meat and fish authorised as substrates by 2022 and catering waste authorised later in the decade, but one development is already imminent: the use of insects in poultry feed. This is already allowed in the United States.

This is significant because of the potential to replace inputs such as soy in poultry feed, particularly in locations where water and land are both scarce. This is the finding of a study published in the Resources, Conservation and Recycling journal. The research which considers the processes of Protix (one of the world’s largest insect producers) and is co-authored by one of its employees, found that “while the outlook may be that it will require mid- to long-term improvements for black soldier fly (BSF) proteins to achieve impacts as low as plant-based sources ... in locations where water and land are scarce, or habitat destruction for agriculture is an issue, BSF production may already be a preferable protein source.”

Not everyone is convinced, however, that insects will replace other feed sources. Richard Newton, a research fellow at the Institute of Aquaculture at the University of Stirling, says the aquaculture industry remains sceptical about the use of insect meal in fish feed.

He is also critical about the idea of giving feed to insects which could simply be given directly to animals: “In Europe, you only have a select number of wastes you can use: they are by-products that are still a feed-grade resource. Why not use it directly as feed for livestock? I think they should allow [mixed catering waste] for insects: that’s proper waste but insects could use it,” he says.

For Newton, the real value of insects in the food chain would be to manage waste rather than produce food. “I think people have got it the wrong way: they want to produce sustainable protein with waste but waste is not consistent [in quality and composition]. I think they should use insects as a waste management system rather than try to reverse engineer it. If you want a really great protein, you have to feed [insects] well.”

It all comes down to price

What might ultimately slow down the development of the insects-as-feed market is price. According to de Jong, insect meal currently costs $2,000-3,000 per tonne. Soymeal, on the other hand, a major ingredient of both poultry feed and fish feed, costs just $350 per tonne.

“To compete with soy will be really hard,” she says. Instead, de Jong suggests that insect producers will need to promote the advantages of insect meal compared to other ingredients. “[They] will need to focus on functionalities: it’s in the nature of fish/chickens to eat insects. It adds a sustainability and animal welfare angle. It can also impact taste.”

The cost impediment may be overcome with the right market incentives: think of how the market for renewable energy has grown. In many ways, you could compare the insect sector with the renewable energy sector 10 or 15 years ago: its green potential is beyond doubt, but it will take time to fully materialise. With the accelerated adoption of veganism in the west and an environmental consciousness more broadly, I’d argue that we’re looking at a viable market for insects as feed in five years, rather than 15.

Cubatão, London and Delhi: Greetings from the air pollution frontline Air pollution affects 91% of the world’s population. These three postcards give us three distinct perspectives on a complex, important challenge. Read more here. 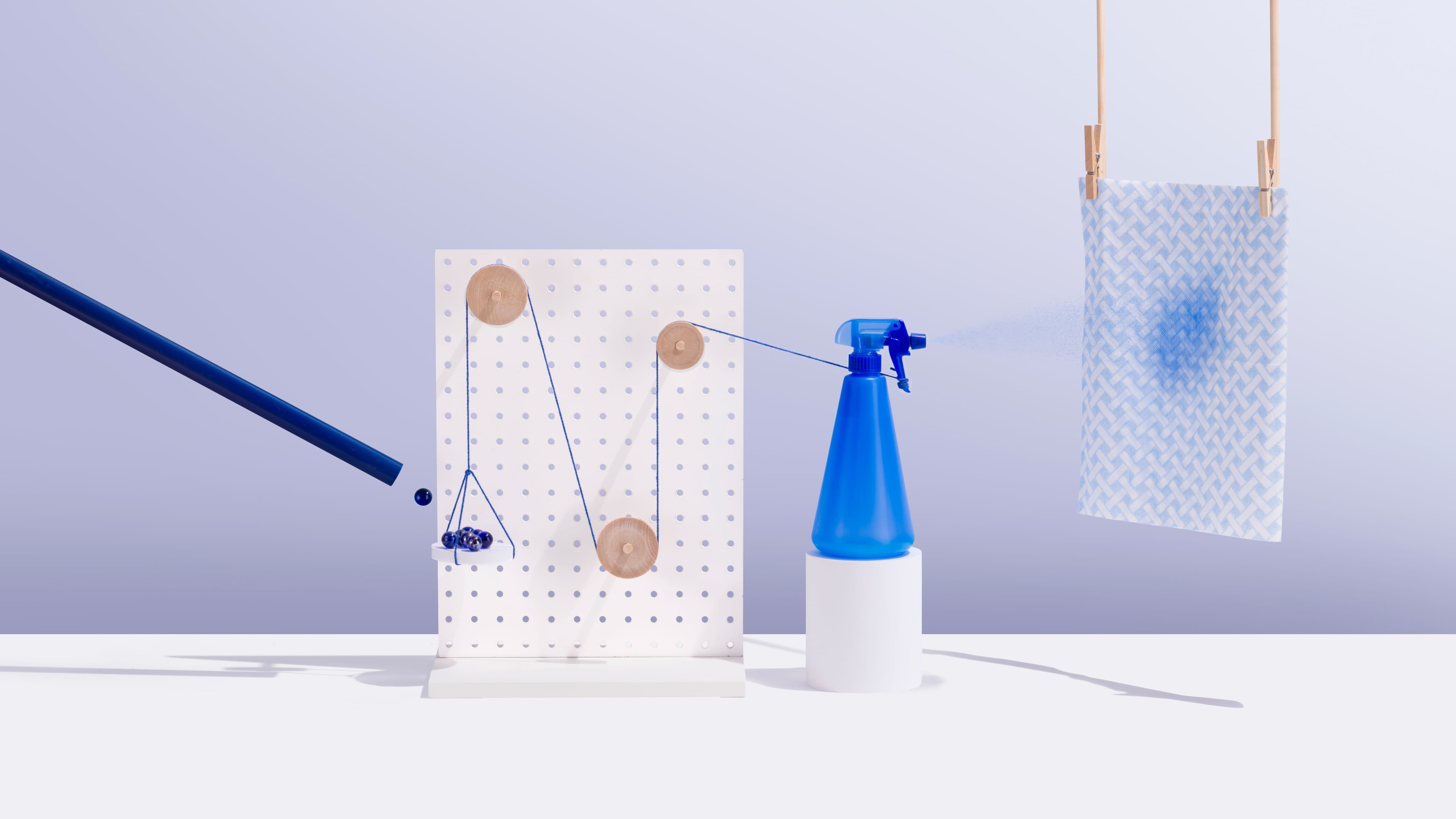 A little less automation, a little more friction, please In the age of self-driving cars, autoplay TV shows, and beverages that contain all your nutrients, merchants of efficiency grow rich while we lose skills and control over our time. It’s time to make our lives a little less efficient. Read more here.