On a global scale, protests have become more interconnected than ever. No matter the catalyst of the revolts, rebellions, uprisings and revolutions which took place in 2019, there were translations and iterations of the people’s dissent against neoliberalism and authoritarianism across the globe. This went from raising each other’s flags and adapting slogans and tactics to recreating chants or feminist anthems.

The year-long revolution in Sudan saw a dictator toppled who had ruled for decades, ushering in a transitional government. But protests were not always peaceful. Many months on, the violence continues between Hong Kong’s police force and the protesting students, workers and political activists. There has been a huge death toll during the crackdown in Iraq.  Finally, the threat remains that technology is used to spread disinformation, Read Renato’s contribution about disinformation in the Philippines. or that it is simply shut down in a blackout, as happened in Iran.

We were joined by researchers, writers, activists and former protest participants from around the globe who shared their experiences and thoughts on what protest looked like for them in 2019. Here are 10 things we learned.

Women have been central to protests

Fakrriyyah Hashim explained how # ArewaMeToo , a movement she started on Twitter when she shared the story of a young woman who suffered sexual abuse, spread from the north of Nigeria. As she put it: Read Fakrriyyah’s contribution. "The fact that the most conservative part of the country began opening up about their harrowing experience of sexual violence motivated all those across Nigeria that had come in contact with #ArewaMeToo to open up."

Olabukunole Williams, a women and youth rights activist who protested against the Abuja police raid on women as well as #ChurchToo, agreed with Hashim Read Fakrriyyah’s contribution about the Nigerian government crackdown of civic space. who said "civil space has shrunk", particularly as a fair media faces increasing risk. Read Olabukunole’s contribution.

In Lebanon, journalist Lara Bitar, founder of a new collective-owned media called The Public Source, noted Read Lara’s contribution. there were “urgent priorities that need to be met ... such as being able to pass down a woman’s nationality and having fair child custody rights."

"Concepts such as freedom, democracy, human rights, sovereignty need not be complicated. We relate these to the daily experience of the people."

Isaac Boada, a political science student at the Central University of Ecuador, agreed: "You need to understand what is happening to an individual – otherwise people do not protest."

2019 was the year of the nameless, leaderless movement

Can the lack of a leader strengthen a movement? The Sudanese revolution would not have succeeded without organisations at its core, said Lina Yassin, who works in climate adaptation.

Both Ahmed Al Saidy, a former Arab spring protester and writer from Egypt, and Lebanese writer and researcher Joey Ayoub Read Joey’s contribution. believe not having a clear spokesperson to run the protests is working in Lebanon, Read Ahmed’s contribution. which is in its third month of anti-system protests. It has also united some across sectarian lines, Read Tarek’s contribution. as Tarek Ali Ahmed, a student and writer, noted. "It was one of the earliest signs that this time it was different," added Ayoub. Read more from Joey.

Social media as organiser and amplifier

Social media is one reason why a movement can be leaderless or influential globally. In France, the year-long movement asking president Emmanuel Macron to enact pension reforms began when petitions were created online and videos were posted by everyday workers.

In Sudan, the #BlueforSudan hashtag travelled far, creating international pressure. Yassin added that a "girls only" group on Facebook, where over 100,000 members had once posted about "beauty & shopping", started uploading pictures Read Lina’s contribution about the role of technology in the evolution. of police and security services in an effort to name and shame those committing violent acts.

Ales Herasimenka, a researcher based in Belarus, welcomed Read Ales’ contribution. the Facebook group: "One of the important prerequisites of the authoritarian context … is to be able to mobilise people who are typically disinterested in politics."

Technology carries potential in other ways. When Maud Jean Michel, a radio presenter based in Haiti, wrote about the number of Haitians Read Maud Jean’s contribution. who have disappeared in protests, Ayoub and Mara Rodriguez Pera shared an idea about how global databases Read Joey contribution on how to combine efforts in protest movements. have worked to document abuses in the past.

Do most protests need a medium to long-term goal to build a movement? For some of the protesters, the initial demands were met in the short term. In Hong Kong, civil liberties were protected when a contested extradition bill was withdrawn; in Lebanon, Read Tarek’s contribution about resignations of key government figures due to the protests in Lebanon. Sudan Read Lina’s contribution about the exciting space for reform that the revolution created. and Algeria, key figures stepped down.

As Tamara Antonia Martinez, a student in Santiago, said: Read Tamara’s contribution. "People here in Chile woke up and we realised that this wasn’t just about the subway prices, it was about our dignity and search for a better way of life and a fair system. Chile despertó."

For Reyes Jr, the next step is Read Renato’s contribution on how to sustain a movement long term. to go back to "schools and communities and workplaces" to effect change in the longer term.

Most movements will not achieve their goals

Why do people stop protesting?

Some contributors factored in external forces, which Ghafuri mentioned is the case in Iraq. As the Lebanese chanted, "All of them means everyone".  Herasimenka, who was an election observer previously in Belarus, could relate Read Ales’s contribution comparing harsh authoritarian systems with their regional influences. to situations in Iran and Iraq, where essential freedoms, such as the right to free speech or assembly, are being suppressed.

And what if the premise of a movement simply cannot get traction? Jonathan Fernandes is a junior government doctor based in a rural hospital in Zimbabwe, where doctors have been striking since September 2019. In a revolt initiated because of poor salaries stretched under a collapsing economy, a union leader was abducted for five days and hundreds of doctors have been fired. “The biggest challenge is that there has been no collective civic participation,” wrote Fernandes. Read Jonathan’s contribution. “Unsurprisingly the doctors have lost a huge amount of public sympathy as it is the very weakest and most vulnerable that ultimately suffer.”

Getting creative to combat burnout

In Chile, the collective Las Tesis Read Molina’s contribution. shared a feminist song called “Un Violador Eres Tú” (“The Rapist is You”), the lyrics of which were based on the writing of Rita Segado, an Argentine-Brazilian feminist anthropologist. “In Chile it became a way to protest in light of the ongoing social unrest,” said Jacinta Molina Inostroza, a freelance journalist based in Santiago. The lyrics to this song were shared, translated Read Joey’s contribution about translating the Chilean anthem’s lyrics. and reprised in countries including Argentina, Read Mara’s contribution. Uruguay, Ecuador, Peru, Bolivia, Turkey, Colombia Read Patricia’s contribution. and Lebanon.

Burnout is a real effect when momentum is lost. Tarek Ali Ahmad suggested Read Tarek’s contribution on fighting burnout. changing the type of protest. Namata Serumaga-Musisi, a diaspora coordinator for Uganda’s People Power Movement, agreed that it is about creativity: Read Namata’s contribution. "It takes several forms, from marches, to calls-to-action at events, to installations at festivals." Ayoub added: humour helps. Read Joey’s contribution about how to fight disinformation.

Being intersectional is one way of making an impact

Serumaga-Musisi, now based in Ghana, takes a pan-African approach to protest. “I am working with and engaging non Ugandans in the push to liberate Ugandans," she said. Read Namata’s contribution and introduction to her activism. "I use my distance to raise awareness among Africans of what is happening on the ground ... much of what fails us is exacerbated by our failure to unite". Read Namata on the power of the pan-African movement’s potential to connect with those protesting in the Global South.

Elyne Doornbos, Read Elyne’s contribution. a Dutch researcher based in Barcelona, shared a critique with an example of Nicaraguan protests against Daniel Ortega, the president: “the movement has been much more vocal by expressing solidarity with the campesino struggle (#SOSCampesinos) than with the indigenous and afro-descendant struggles”.

Dissent in 2019 was about inequality

For Ghafuri, the economy is at the core of dissent; for Reyes Jr, it’s authoritarianism. Renato’s contribution on ‘diminishing spaces for dissent’. Hardi Yakubu, Read Hardi’s contribution. a sociologist and activist known as the Fighter-General of the Economics Fighters League in Ghana, said: “The economic system … is the basis for political engagement. Global capitalism has put more premium on money than on lives, liberties and social cohesion; luxury for a few over the necessities of all … When people are pushed to this limit, they will fight back.”

For Mexican activist Ning1no, the reason for this "global collapse" Read Ning1no’s contribution. is "systemic inequality". Ning1no on systemic inequality.  He added that protests "started 500 years ago with colonisation" , echoing an upcoming book by Thomas Piketty showing that colonised societies have faced the most inequality in history.

The future of the movement is with women, indigenous groups, and youth

For Ning1no, the protest movement needs to change radically in its demands to be effective in the future: "We need new narratives and alternative ways of relationship between people and nature." Read Ning1no’s contribution about the need for more than just changing politicians or the constitution. He also predicted Read ning1no’s contribution explaining his situation in Mexico. a rise in movements run by women and indigenous people, giving more power to those who are disenfranchised.

But in Iraq or Nigeria, as Ghafuri and Williams pointed out, women are still brutally, and unfairly, targeted. Lawk has seen that women are more highly at risk during protests in Iraq.

Ayoub added Read Joey’s predictions for who might lead successful movements in the future. that the future is also in the hands of youth, as witnessed with the climate marches, migrants, and people of colour.

Yellow vest activist Marc Boyer explained why he and fellow protesters in France thought that it was a good idea to run for the European elections in 2019, though they were unsuccessful: "to change the system, you have to enter the system". Read Marc’s contribution, translated from French.

With arrests of activists continuing in Hong Kong over the new year, the viral effect of digital media, and the continuation of demands beyond minor concessions or political resignations, 2020 promises to be a year where popular movement will continue.

Thank you to the journalists, researchers, entrepreneurs, junior doctors, students, sociologists, civil society leaders, artists and activists who made themselves available to join us for this conversation: 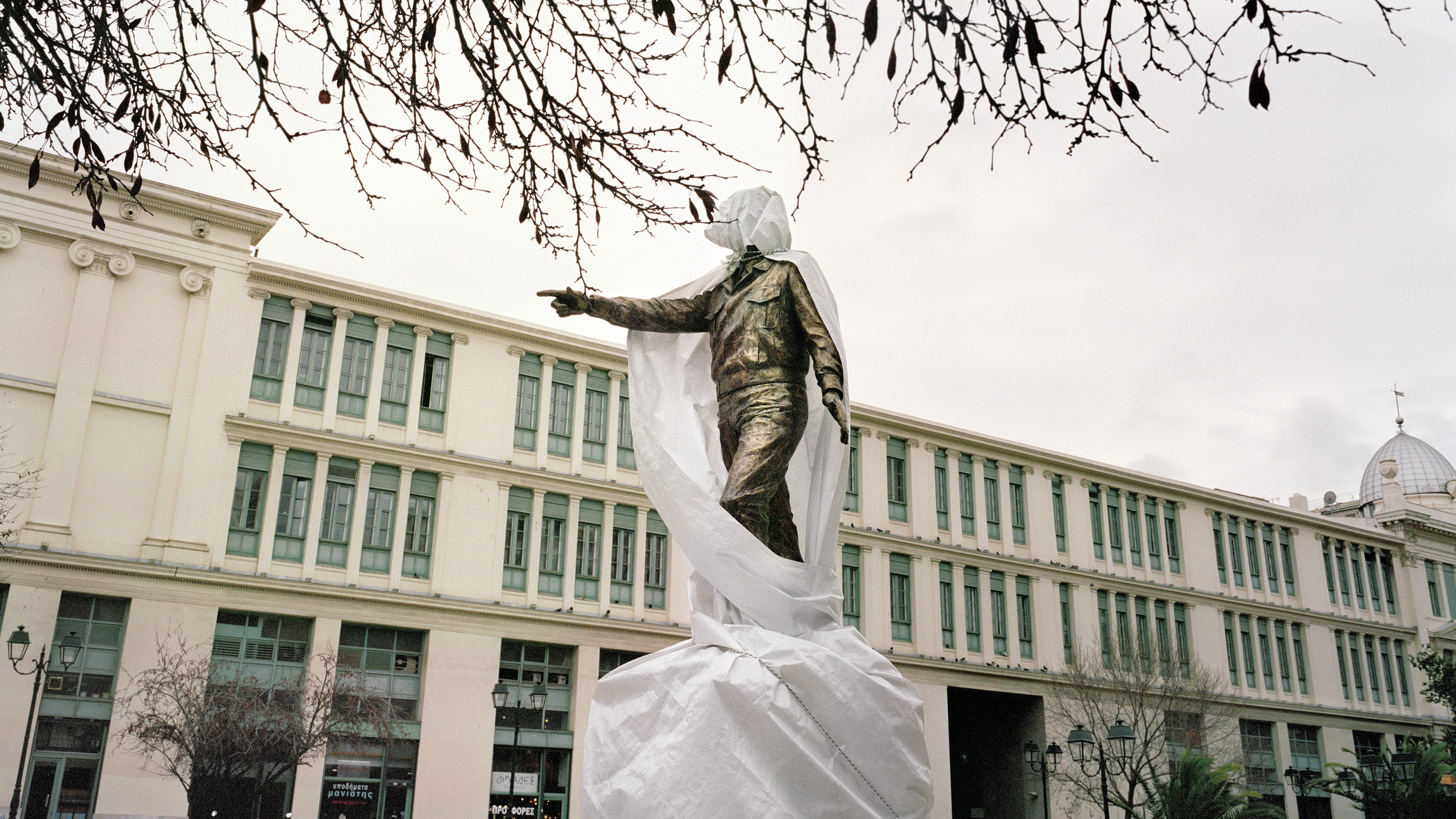 An Athenian remedy: the rise, fall and possible rebirth of democracy Governments chosen by elections face profound challenges the world over, including in Greece, the birthplace of democracy. So where better to look for potential solutions than modern-day Athens? Read more here. 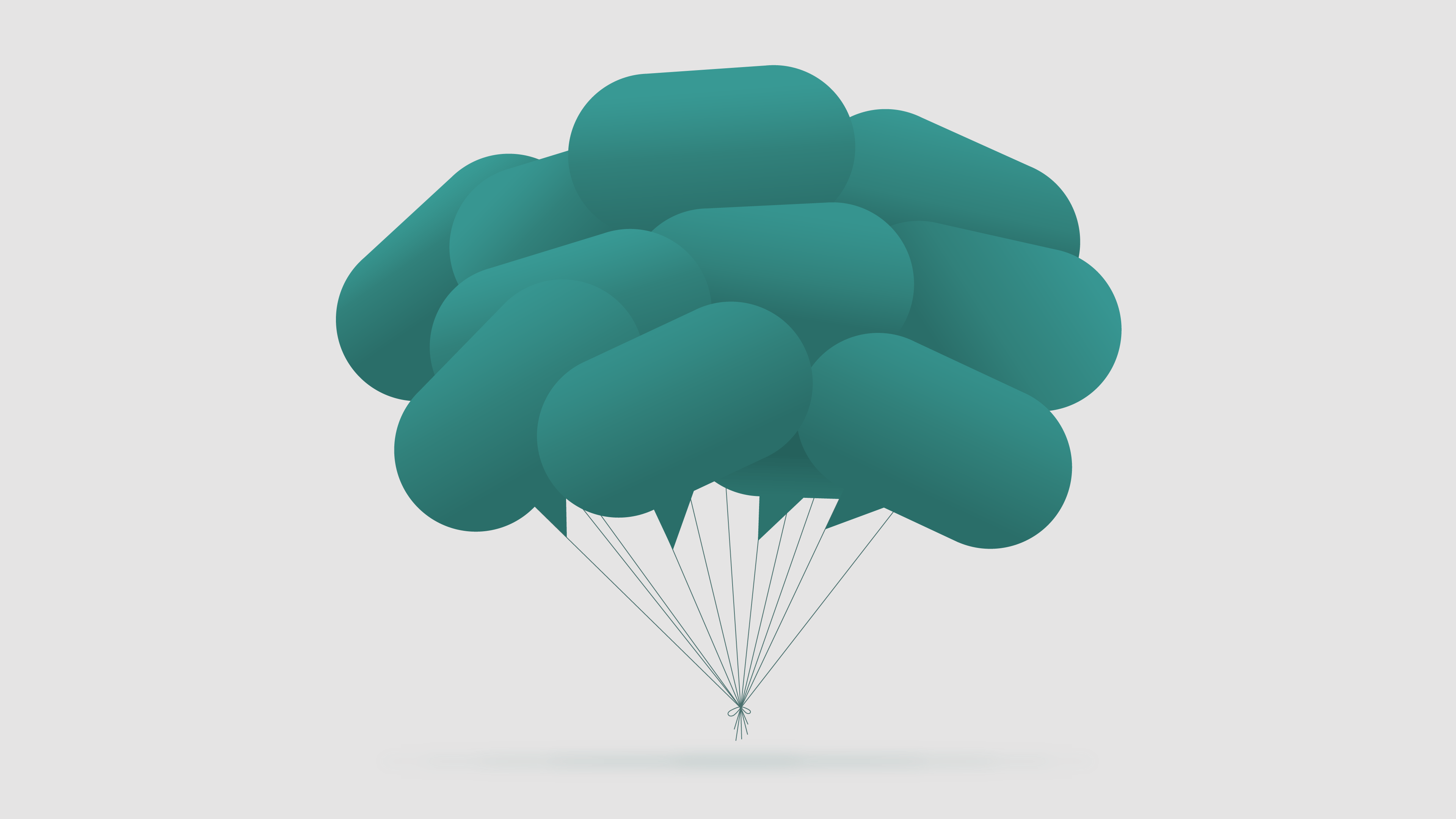 Climate protesters round-up From Sudan to New Zealand via Colombia and Japan, we hosted a conversation with 17 young climate activists. Here’s what we learned. Read more here.