Since 2015, when hundreds of thousands of people crossed the Mediterranean in rubber dinghies, Europe hasn’t been the same. The "migrant crisis", as Europeans have come to call the summer of 2015, launched a larger, faster, tougher and more expensive European migration policy.

A large part of that policy focused on Africa. Billions are spent there to ensure that potential African migrants do not become real migrants. The goal is fewer deaths in the Mediterranean and fewer arrivals in Europe.

We, a team of three journalists from Nigeria, Italy and the Netherlands, have spent months investigating exactly what this policy means in Nigeria, a country that, in the words of a senior European Union (EU) official, will become "our most important migration partner in the coming years". We mapped how much migration money Europe sends to Nigeria and exactly how that money is being spent.

After five months of research, we haven’t been able to find anyone in Europe or Nigeria who has such an overview, so we don’t know whether the list we’ve drawn up over the past few months is complete. All conclusions should be taken with a little margin of error; we may have missed projects.

However, on the basis of our overview The complete overview can be downloaded here if you want to work with the data yourself. We keep updating this data set so it can slightly vary from the graphs in the article. of 129 ongoing migration projects in Nigeria, we can certainly deduce some interesting points about how European migration money is spent. For the enthusiast, we present the most important findings and questions here.

The money from the EU is mainly spent on improving Nigerian border control – more than €378m. This amount is largely made up of one gigantic European Investment Bank project, which is investing €250m to create a digital identity card for every Nigerian. But even if you don’t count that project, border control remains the biggest expense.

The five largest migration projects in Nigeria have also all been paid for by the EU. Interestingly enough, two of these projects now seem to be at a standstill. We’re still doing more research into these.

The lion’s share of the money from individual countries goes to projects aimed at creating jobs in the country – at least €92m. The interesting thing about these projects is that they are often "restructured" versions of ones that previously tried to help underprivileged youths in Nigeria. Now they focus on potential migrants.

If you add EU funds and funds from individual countries, then this is what migration financing in Nigeria looks like.

In addition to the projects entirely focused on Nigeria, there are 47 "regional" projects. These are also implemented in other countries. They account for some €775m. It is not possible to say exactly how much of that money goes to Nigeria.

The focus of this regional money is mainly on migrants who are stranded along the way, returning and reintegrating them in their countries of origin, which amounts to more than €500m. Indeed, tens of thousands of migrants have been flown back to Nigeria after a failed journey in the past two years. They receive training and some start-up capital to get their lives back on track.

Awareness campaigns about the dangers of a trip to Europe also receive a relatively large amount of money in the region – at least €39m.

Which country does what?

Of the 11 European countries that are directly active on migration in Nigeria, Germany is the frontrunner, with at least €68.2m invested in projects.

The UK, which is the largest donor for non-migration projects in Nigeria, is just behind with €51m.

The Netherlands is in third place, at some distance, with €6m.

All this money is part of a European migration policy Read my previous explainer on it here. which has "better legal migration" as one of its main objectives.

Just think: if there were more ways for migrants to (temporarily) come to Europe on work or study visas, fewer people would go on perilous journeys through the Sahara and Mediterranean. Moreover, this would allow Europe to fill gaps in its ageing labour market. It’s a win-win.

On paper, "better legal migration" should receive as much money as border control, another important pillar of EU policy. But if we look at the money flows to Nigeria, we see that this is certainly not the case. In Nigeria, only €300,000 is spent on creating more legal opportunities to migrate. That is 0.09% of European migration funds in the country.

Who gets to spend the money?

Most of the funds are not given directly to the Nigerian government. Instead, the projects are carried out by implementing agencies.

The difference between the implementing agencies of EU funds and of individual European countries is striking. European countries spend the majority of their money – 80% in total in Nigeria and the region – through their own agencies (for example, development agencies or police forces).

NGOs and private parties (such as consultants) received €89m in funds from the EU – about 13% of the total amount. That is more than they receive from European countries – only €36m, or 9% of the total expenditure.

By far the largest implementing agency in Nigeria is the German development agency (GIZ). It is also the main recipient of regional funds that affect Nigeria. We found at least €438m in projects for GIZ in Nigeria and the region.

Another strikingly large player is DAI Europe Ltd, a company which is hired by the UK to stimulate local markets in the Niger delta "to help address the root causes of outward migration".

Finally, the UN migration organisation (IOM) is a crucial player in the Nigerian migration landscape. They are involved in about 20% of the projects we found in Nigeria. These projects are often aimed at border control – for example, Germany has two projects underway via the IOM to design a data system for the Nigerian Immigration Service (NIS). With Dutch money, IOM is setting up a training and knowledge centre for the NIS. And Danish money will be used to introduce a better digital system for customs officers at Nigerian airports.

Is humanitarian aid a migration project?

To put the migration projects in context, we also documented all non-migration-related projects in Nigeria that we could find. That is still a lot more money – almost €4.9bn.

A large part of this, no less than a third, is humanitarian aid. And that’s where it gets interesting.

But most countries give humanitarian aid to displaced persons or refugees and do not call it migration aid (in Nigeria, at least €90m).

This discussion may sound trivial – a matter of labels – but it is currently the topic of conversation in the corridors of EU bureaucrats. This is where a new development fund (worth €90bn!) is being set up, 10% of which will be earmarked for "migration" (in the provisional agreement it seems so at least). The question is: what can this pay for? Only "real" migration projects, such as sending migrants home or awareness campaigns? Or also humanitarian aid for refugees?

And what about border control? Is development money allowed to be spent on that?

European countries don’t agree on these questions yet.

This update, of course, only touches – forgive the uninspired metaphor – the tip of the European migration iceberg. There are still a lot of questions that we can try to tackle answering with this overview as a starting point.

How much of this money goes to private parties, especially in the area of border control?

Is development aid that was previously spent on other purposes now being rerouted to stop migration? What effect does this have?

Does this money reach the set goals? How do you prove that an employment project in Nigeria leads to less migration to Europe?

Is this approach sustainable in the long term, or will migration become a bargaining chip for African leaders who are looking for European support?

And why are Germans so overwhelmingly present in Nigeria?

We’ll continue to work on this. Are you a researcher yourself? Please let us know if you see opportunities to use our data – we’re curious to hear everyone’s input and results! 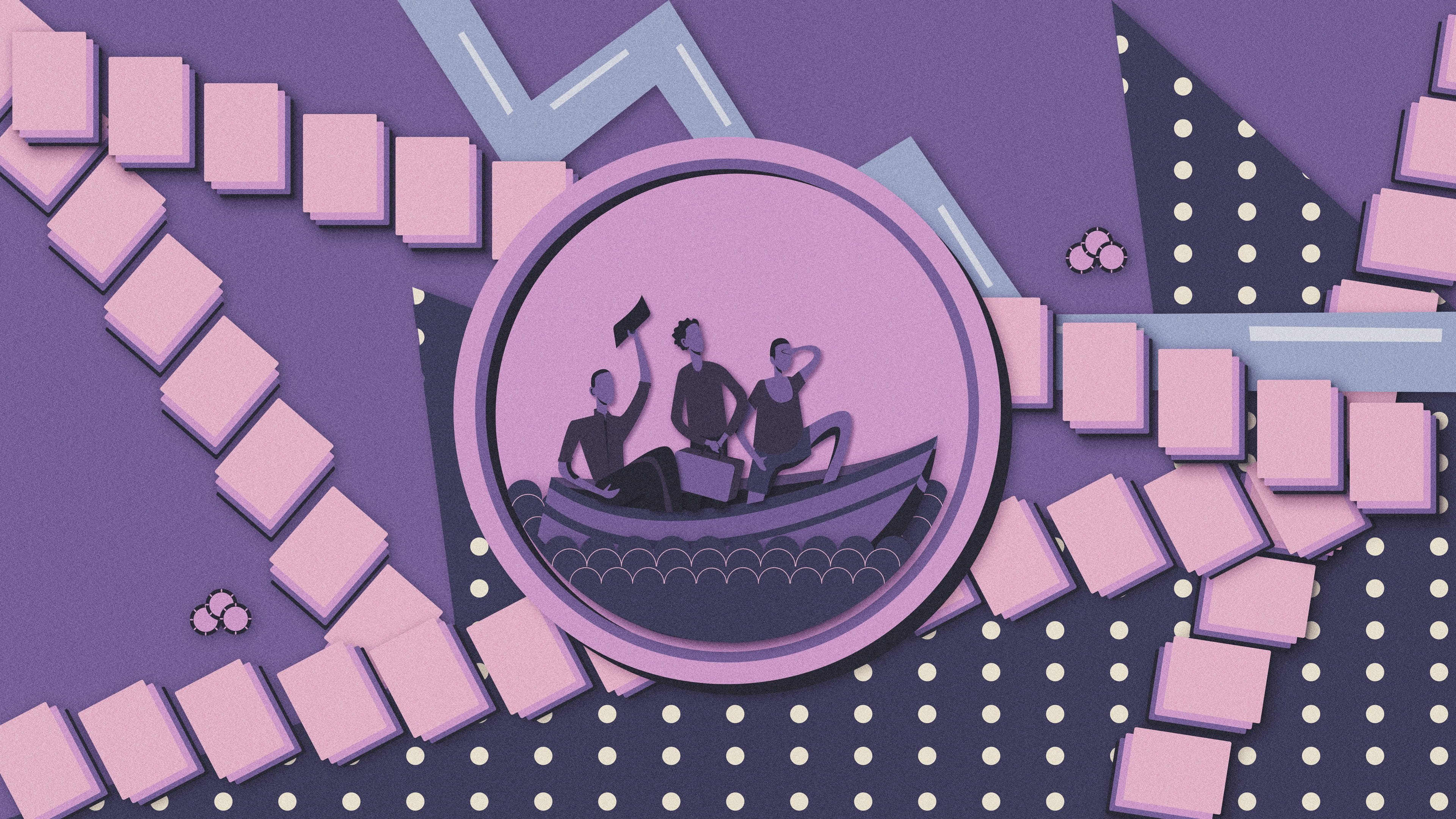 Europe spends billions stopping migration. Good luck figuring out where the money actually goes How much money exactly does Europe spend trying to curb migration from Nigeria? And what’s it used for? With the help of some flashy visuals, we tried to find out. But Europe certainly doesn’t make it easy ... Read more here