The past couple of weeks I was exploring forgiveness as part of my ongoing investigation into guilt. Read my callout for guilt experts here. Following a tip by a member of The Correspondent, I got to interview Fred Luskin, the man behind the Stanford Forgiveness Projects. Here’s a website where you learn more about the Stanford Forgiveness Projects. Luskin has taught forgiveness as a skill to people whose lives were destroyed by political violence. His techniques proved remarkably effective in randomised trials involving people from Northern Ireland and Sierra Leone, many of whose immediate family members had been brutally murdered.

Luskin recommends a nine-step pathway to reach forgiveness (I am simplifying them in my own words):

Grieving is a big prerequisite to reaching forgiveness in Luskin’s framework. He said he’d turn people away if he felt they were “not ready yet” – basically, if they hadn’t spent enough time grieving or mourning their loss. The man is a research scientist ("I always wanted to do actual science") and philosopher rolled into one, meaning he came up with a lot of awesome quotations that only this unique species is capable of.

Sample what he said when I asked him what does it really mean to grieve, because my idea of it is ranting on Twitter:

"With grievous loss or any change that causes your life to be disrupted, your familiarity is shattered, your brain needs to adapt to such change. That’s what we call grieving – the world is not what it was yesterday, and it takes time to reestablish the norm. That is key to mental health, and people who push through that or deny it probably don’t do as well.

"The thing we understood was, one could not push forgiveness too early. Part of grieving is arguing and agitation, that’s the normal process. People then need a resolution of grief, and that’s what the function of forgiveness is.

"It’s like saying yes I was hurt, yes it has disrupted my life, yes, yes, yes, yes, yes – and I choose to forgive and move on. It’s nobody’s fault, it’s just the way life is. The only full and optimal strategy to move on is forgiveness. That’s the relationship between grief and forgiveness."

I will admit that some of what he said – especially "it’s nobody’s fault, it’s just the way life is" – sounded uncomfortably close to making peace with tyrants and oppressors. However, Luskin was quick to clarify that forgiveness doesn’t mean meek tolerance. I have a whole piece coming up on this theme, where I attempt to analyse where forgiveness ends and injustice begins.

What made me really curious, though, is Luskin’s prescription that grieving should happen with a few select people you trust. Please don’t spill your guts to the whole world. Which brought me back to my own behaviour of obsessively sharing my woes on Twitter.

A lot of Luskin’s work predates the social media age, which has brought with it complex phenomena like sadfishing This is a great introduction to sadfishing. – where people exaggerate their emotional problems to get more likes and shares, and even make money.

I asked him anyway: can talking about your hurt before faceless, nameless online crowds be therapeutic in any way?

"You don’t move on without getting support and understanding and clarifying what happened," Luskin said. "You have to have people to listen to you in order to heal. What you don’t necessarily need is the person who harmed you or hurt you to listen to you and accept their fault, though when they are present, it helps the healing process."

It wasn’t a direct answer to my question, but what I took away from it was: if you are baring your heart on social media because you want your ex to read and feel ashamed and apologise to you for being a jerk, well, you are doing it wrong.

What do you think? Does grieving on social media help you find peace? 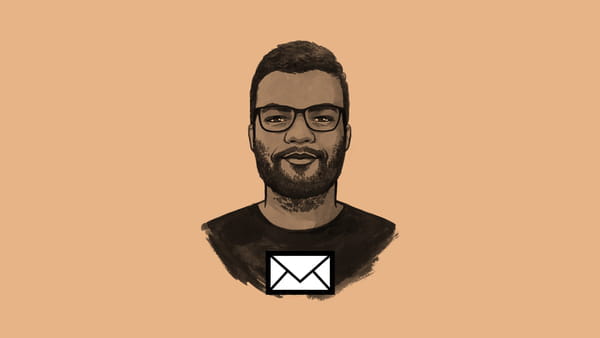 Would you like this newsletter sent straight to your inbox? Subscribe to my weekly newsletter where I dismantle myths around Sanity, discuss the best ideas from our members, and share updates on my journalism. Sign up now!