This week I have been trying, and failing, to find non-fiction books about politics written by women of colour. I had long suspected there was a publishing gap but didn’t quite grasp the size of it until a friend asked me to recommend some books by non-white feminists that were not necessarily about race. There is an optical illusion that makes it look as though there are more non-fiction works by women of colour than there actually are. Here’s the problem: most books by non-white women are in fact about race or identity. Some are polemics while others are first-person accounts. When those works are discounted, the cannon shrinks considerably.

Not that there is anything wrong with writing books about race. In fact, we need them more than ever, and there is a strong heritage of particularly black female intellectual discourse about the intersection of feminism and race. There is a new crop of writers in the English speaking world who are beginning to tackle topics that were hitherto taboo: the unaddressed colonial legacy of European countries, On Race, Identity and Belonging. the racism of well meaning white people, Why I’m No Longer Talking to White People About Race and the day-to-day challenges of navigating professional and social lives. Slay In Your Lane: The Black Girl Bible But on foreign policy, economics, political culture and history, the space is dominated by white writers, be they male or female.

Part of the reason for this I suspect is benign. There is a dearth of literature about the non-white female experience and an appetite for it. There is also a sense of guilt and a drive for diversity and representation among publishers. But there is also a more sinister dynamic playing out. Women of colour (and non-white writers in general) are seen as somehow not authoritative on any topics other than their own lived experience. White people have thoughts, ethnic minorities have experiences - mostly as victims. The cumulative effect of this is that although more writers from diverse backgrounds are being published and becoming established, their ghettoisation becomes even more stark. I am fresh out of the experience of writing my own non-fiction book, We Need New Stories: Challenging the Toxic Myths Behind Our Age of Discontent which most simply assumed was about identity and race. Even those non-white female writers who made a huge impact on popular culture/perception, who won Nobel prizes, and who were inducted into the hall of fame as it were were rooted in a racial experience.

While on a panel a few weeks after the death of Toni Morrison, someone asked what it was about her that "transcended" race. This is a fundamental flaw in our thinking. White writers are never said to have transcended their race. Their race is invisible not because it doesn’t impact their life, but because it is assumed to be the default. Even in lauding her for "transcending", critics were penning Morrison in.

So this week I am on a quest to find those non-fiction female writers of colour who are not writing about race. I have either been ignorant and am about to be educated in the genre, or the lack of voices is real and alarming. Help me out with your suggestions and tips. Who have I missed? 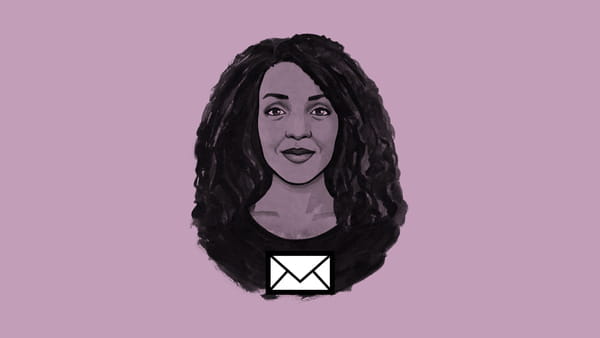 Want to receive this newsletter in your inbox? Nesrine writes a weekly newsletter where she shares her thoughts and learning curve on Better Politics. Sign up here!