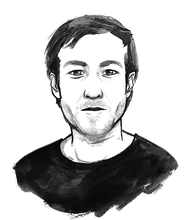 Public Wi-Fi networks are not safe. It is relatively easy for hackers to gain access to laptops and smartphones connected to such networks. Ethical hacker Wouter Slotboom has demonstrated Read: What we give away when we log on to a public Wi-Fi network what such access may entail: from looking over someone’s shoulder while they are surfing the web to intercepting passwords for banking sites. But yeah, we still want to use the Internet when we’re at a sidewalk café or in a bar. I asked a number of experts what measures we can take as users of public networks.

1. Do not make use of public Wi-Fi networks

It is actually quite simple: if you want absolute security, do not connect to a public network. Only a few months ago, the head of Interpol, Troels Oerting, told the BBC: ‘Anything you send via Wi-Fi is potentially at risk’. The Dutch National Cyber Security Centre also advises against making use of public Wi-Fi networks. This means that if you still want to use the Internet while en route, the best thing to do is to make use of mobile data. It is relatively expensive, but worth it.

If you decide to log on to public Wi-Fi networks regardless, there is actually only one measure you can take to protect your Internet traffic: VPN, a virtual private network. This allows users to set up, within the Wi-Fi network, an encrypted tunnel to a server that they trust. Do that, and your Internet traffic will first be encrypted and sent to that server (of the VPN provider or at your home) before it goes to the Internet.

There is a great variety of VPN providers. Some offer paid services, such as vpntunnel.se, ipredator.se or privateinternetaccess.com. Others are free, such as proxpn.com and openvpn.net.

Many of today’s smart phones have built-in VPN software that can be activated in a few steps. There are also VPN apps available for various operating systems. The most important advice given by experts: spend some time to learn about VPN before you decide which service suits you, your devices and your Internet behaviour.

Make sure that your smart phone, tablet or laptop does not search for Wi-Fi networks by default. In any case, your device should not automatically connect to ‘known networks’, as these may not be as ‘known’ to you as they look. If possible, remove the Wi-Fi networks from your settings and switch off the option of remembering networks you connected to.

And here’s why you should consider this: We took a hacker to a café and, in 20 minutes, he knew where everyone else was born, what schools they attended, and the last five things they googled. What we give away when we log on to a public Wi-Fi network